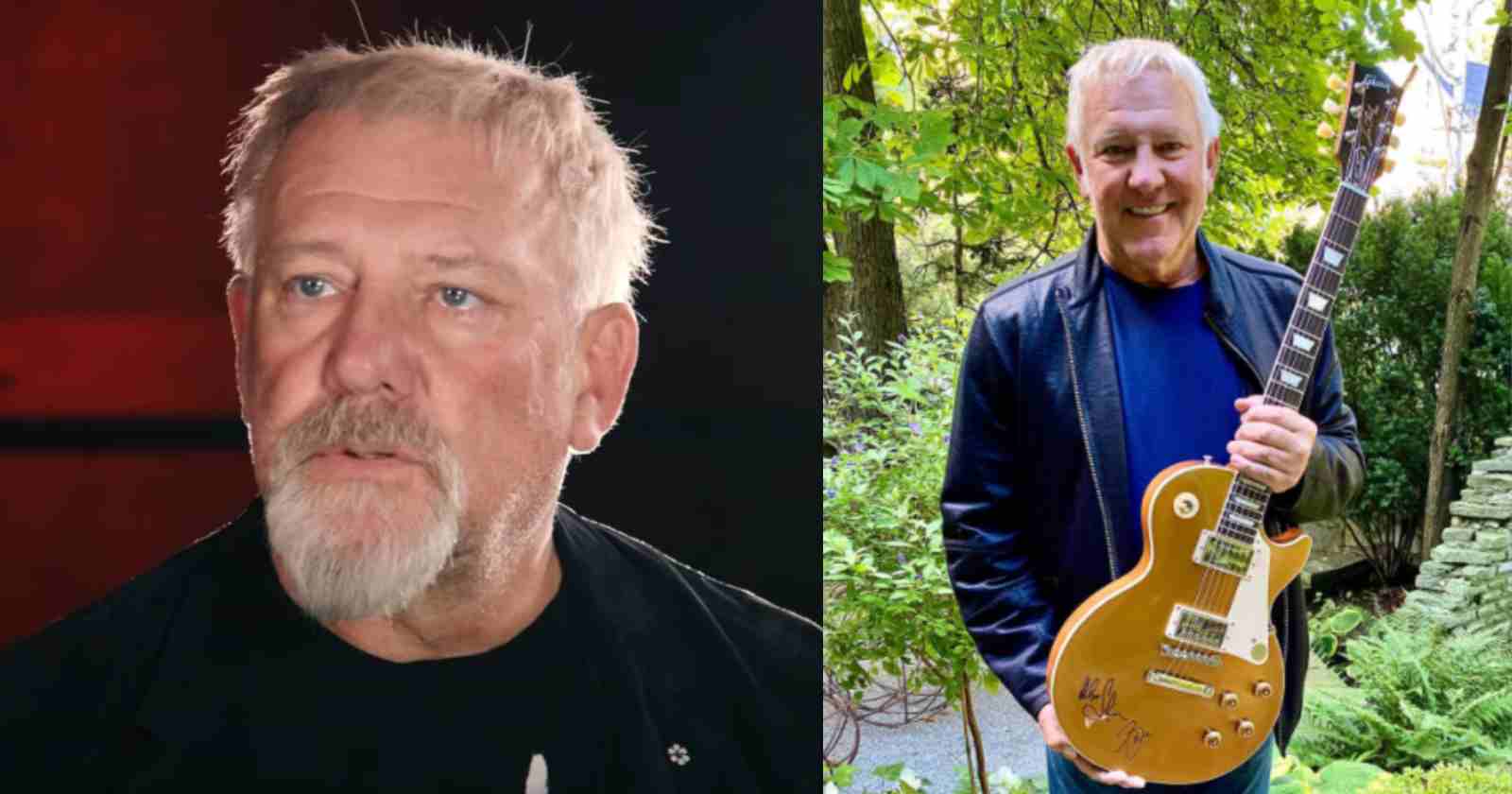 Guitarist Alex Lifeson created in Rush, alongside bassist and singer Geddy Lee, drummer Neil Peart (and John Rutsey on their first record) many important albums like “Fly By Night” 1975, “2112” (1976), “Permanent Waves (1980) and “Moving Pictures” (1981) that were a big inspiration for many other groups over the decades. In an interview with Guitar Tricks Insider back in 2018 he listed the 5 albums that are some of his favorites of all time.

5 – Steve Hackett “Voyage of the Acolyte”

The legendary ex-Genesis guitarist Steve Hackett released “Voyage of the Acolyte” in 1975 and it was his first solo album recorded when he still was a member of the Progressive Rock group. He had famous guest musicians on the album like Phil Collins and Mike Rutherford.

In an interview with Guitar magazine back back in 1984, Alex Lifeson praised the British musician, saying: “Steve Hackett is so articulate and melodic, precise and flowing. I think our Caress of Steel period is when I was most influenced by him. There’s even a solo on that album which is almost a steal from his style of playing. It’s one of my favorites, called “No One at the Bridge.” As told to Guitar magazine.

Released in 1978, “Feels Good To Me” was Bill Bruford’s first solo album. The famous drummer had already played with bands like Yes, King Crimson and U.K.

Geddy Lee and Alex Lifeson were the ones responsible to induct Yes into the Rock and Roll Hall of Fame back in 2017 and Bruford was in the ceremony.

In his speech, the guitarist recalled that his journey as a fan of the band “For me, my journey with Yes began when I was a teenager gently fishing out the Yes album out of its sleeve being just a bit freaked by the disembodied head on its cover, placing the needle on the groove, sitting back, letting the music wash over me.”

“I may have smoked a cigarette or something, but Yes were my gateway band in so many ways. There’s nothing so fleeting yet enduring about the way music when you’re 17-years-old.”

King Crimson‘s eight studio album, “Discipline” was released in 1981 and had the famous guitarist Robert Fripp (bands leader) and drummer Bill Bruford from the previous incarnations of the group.

Formed in London in 1968, King Crimson mixes elements of Jazz, Classical Music, Folk, Hard Rock, Progressive Rock and more. Some of their most famous songs are “21st Century Schizoid Man”, “I Talk To The Wind” and “The Court Of The King Crimson”.

When asked by Guitar World back in 2009 to list the songs that shaped Rush’s sound in his opinion, Alex Lifeson picked the Jeff Beck song “Shapes Of Things” (Yardbirds cover on his solo album Truth) and explained why the song was an influence: “Another song we covered on Feedback. Jeff Beck has a tone like no one else, maybe because he doesn’t play with a pick very much. He also has a very strong left hand and can move the strings almost effortlessly.”

In an interview with Sirius XM Classic Vinyl Influences show (Transcribed by Rock and Roll Garage) back in 2013, Lifeson listed the 10 songs that were big influences for him and one of them was Jimi Hendrix’s “Purple Haze”.