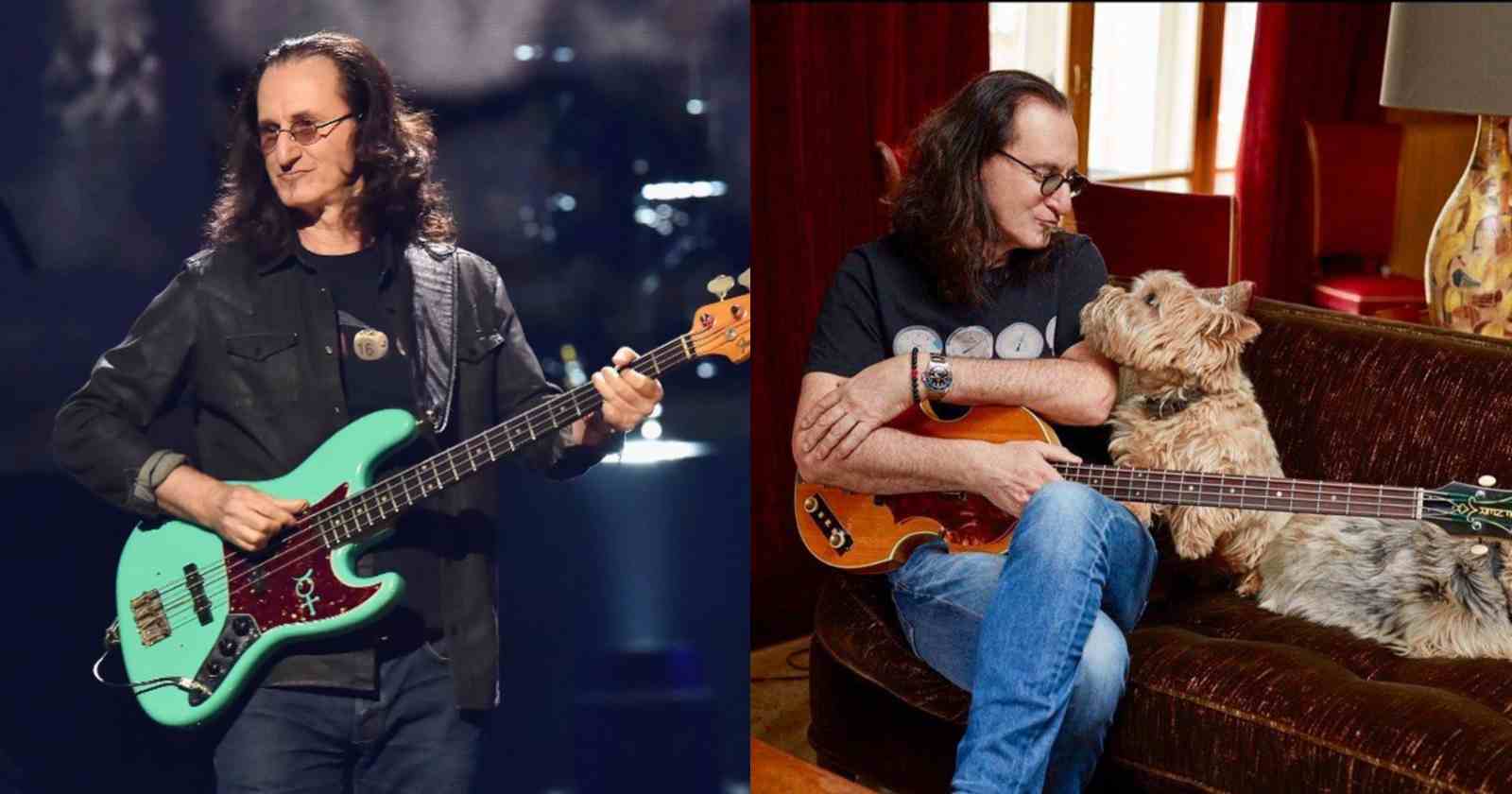 Rush bassist, keyboardist and singer Geddy Lee inspired a whole generation of musicians and many important bands were his inspiration when starting the Canadian power trio. In an interview with Sirius XM Classic Vinyl Influences show (Transcribed by Rock and Roll Garage) back in 2013, Geddy listed the 10 songs that were big influences.

The musician also explained why these bands were so important to him and even recalled he had the chance to see most of them live in Toronto.

The Yardbirds “For Your Love”

“Well, the very first band that comes to mind is the first band that made me want to pick up a guitar and that’s The Yardbirds. There is a song called ‘For Your Love’, it’s the first song I ever learned on six-string guitar. My next door neighbour had this magnificent acoustic guitar with palm trees painted on it, sort of a Hawaiian motif and I begged my mother to let buy it.”

“I think it was like 30 dollars or something. It was the first guitar I ever owned and ‘For Your Love’ was the first Yardbirds song I ever learned and I was a huge Yardbird fan at that time,” Geddy Lee said.

“John Mayall was this kind of legendary English Blues Rock figure that always was known for having amazing guitar players. All these guys, Eric Clapton, they all went through the kind of John Mayall school of Blues guitar rock. There is one song in particular I remember, I think Mick Taylor played on it actually, was called ‘Driving Sideways’.”

“It was just one of those things that all the musicians on my little world, in the suburbs of Toronto, Canada were into this kind of English Blues Rock scene,” Geddy Lee said.

“A band from San Francisco, Jefferson Airplane mostly I love them because Jack Cassidy was one of the first bass players that really got me, really inspired me. He had an unusual tone and an unusual way of playing. He dared to add treble to his bass sound and have a little distortion.”

“It wasn’t that I loved the Jefferson Airplane music so much, but I really loved his bass playing a lot. So he was a big influence,” Geddy Lee said.

“Cream sort of changed my life. They blew my mind and I remember they were coming to Toronto, I couldn’t get any of my friends interested to go see them, they were playing at Massey Hall and I went down bought a ticket and I went by myself.”

“I just had to see them, they were such an important band to me. Jack Bruce’s bass playing was just out of this world. Eric Clapton, Ginger Baker, I mean they were the ultimate trio, the most influential band on my entire career in many ways.”

“The day I bought the ticket I was walking through a department store, because it was chilly out and all the televisions in the TV department had shots of Robert Kennedy, it was the day that Robert Kennedy was shot. So it’s another thing that I sadly never forget, but Cream were a really incredible band to me, it was incredible to see them live back in the day,” Geddy Lee said.

“A good friend of mine introduced me to a band called Yes and an album called “Time and a Word”. The music was really complicated, unusual and sort of classically influenced in a sense. The bass player had an unbelievable tone, a kind of agressive tone. He played this Rickenbacker bass and I thought it was just the coolest looking bass. So I sort of dreamed of one day being able to have a Rickenbacker bass. I became a fanatical Yes fan, went to all their shows when they came to town.”

“And I think they are the only band that I waited all night in line to get tickets for. I saw them both in Toronto and this little town north of Toronto called Kitchener. They kind of inspired me to want to make music that was not easy to play,” Geddy Lee said.

“I became a have gotten very deep into Prog Rock of the time and I became a big Jethro Tull fan, still to this day I think is one of the best concerts I ever saw in my life was Jethro Tull on the “Thick As a Brick” tour, what an album, when I hear that album every once in a while, on the radio, a snippet of it, it really brings back that show in that period of time when it was so great.”

“All these bands were coming over that did challenging music and really forced you to listen to these songs over and over and over again to try to understand what they were tring to do. To me that was just incredible and challenging stuff and they were one of my favorites back then,” Geddy Lee said.

Led Zeppelin “You Shook Me”

“When Led Zeppelin came out I was already playing in a band with John Rutsey and Alex. I remember the first Led Zeppelin record came out, John brought it over to my house and he sat in my bedroom and put this record on. We just couldn’t believe the sound we were hearing.”

“It was bluesy but it was Progressive Heavy, the term ‘Heavy’ didn’t really exist back then in terms of characterizing Rock music that had this power behind it that was not volume. It was the power that was weight, the chord structure and the impact had weight.”

“We’ve got tickets and waited out in the wee hours of the morning. They were playing a place called The Masonic Temple, only holds 1200 people max and we got into the second row and I remember when they came out on the stage they started with a song called ‘Train Kept On Rollin”, which is and old kind of Blues standard.”

“I think most Rock bands today wouldn’t sound the way they sound without The Who. I think they are one of the most important bands to ever come out of England. Certainly in my career the most influential in terms of songwriting.”

“Pete Townshend still is my absolute favorite Rock songwriter and most influential in terms of what a great Rock song should be. I’ve got the chance to see them a couple of times when I was younger. Roger Daltrey aside, that’s a three-piece band really, bass, drums, guitar and vocals. Love that band,” Geddy Lee said.

“Pink Floyd, I remember seeing them in Toronto and I think ‘Dark Side of The Moon’ was just coming out or hadn’t come out yet. I think the first set they played ‘Echoes’ from the previous album, you know.”

“Like a 20 minute extravaganza and they were impressive also into a young musician, not just because of their song structure in the atmosphere but the fact that they really put on an amazing show. They really understood showmanship,” Geddy Lee said.

Genesis – “The Lamb Lies Down on Broadway”

“I got into Genesis early, a friend of mine turned me on to them, right around the time they were doing ‘Nursery Crime’ and ‘The Musical Box’, those early Genesis records, much more than the later records for me, those early ones were amazing because they were concept albums and they were so intricate.”

“They had beautiful moments, complex moments, Peter Gabriel‘s voice in the sense of showmanship and I remember when they came to Toronto to play the first time, they were opening for Lou Reed if you can believe that.”

“All these massive Genesis fans came to the show and they far outnumbered the Lou Reed fans at that show and the show was late. I don’t even think all their gear arrived, they light show didn’t arrived in time. So they came onstage and they played their set and we were still blown away to hear. I think they opened with ‘Watcher Of The Skies’. After their set we all left (laughs). Poor Lou Reed had to come in when people were basically leaving, I felt bad for him but it’s just a strange mismatch,” Geddy Lee said.