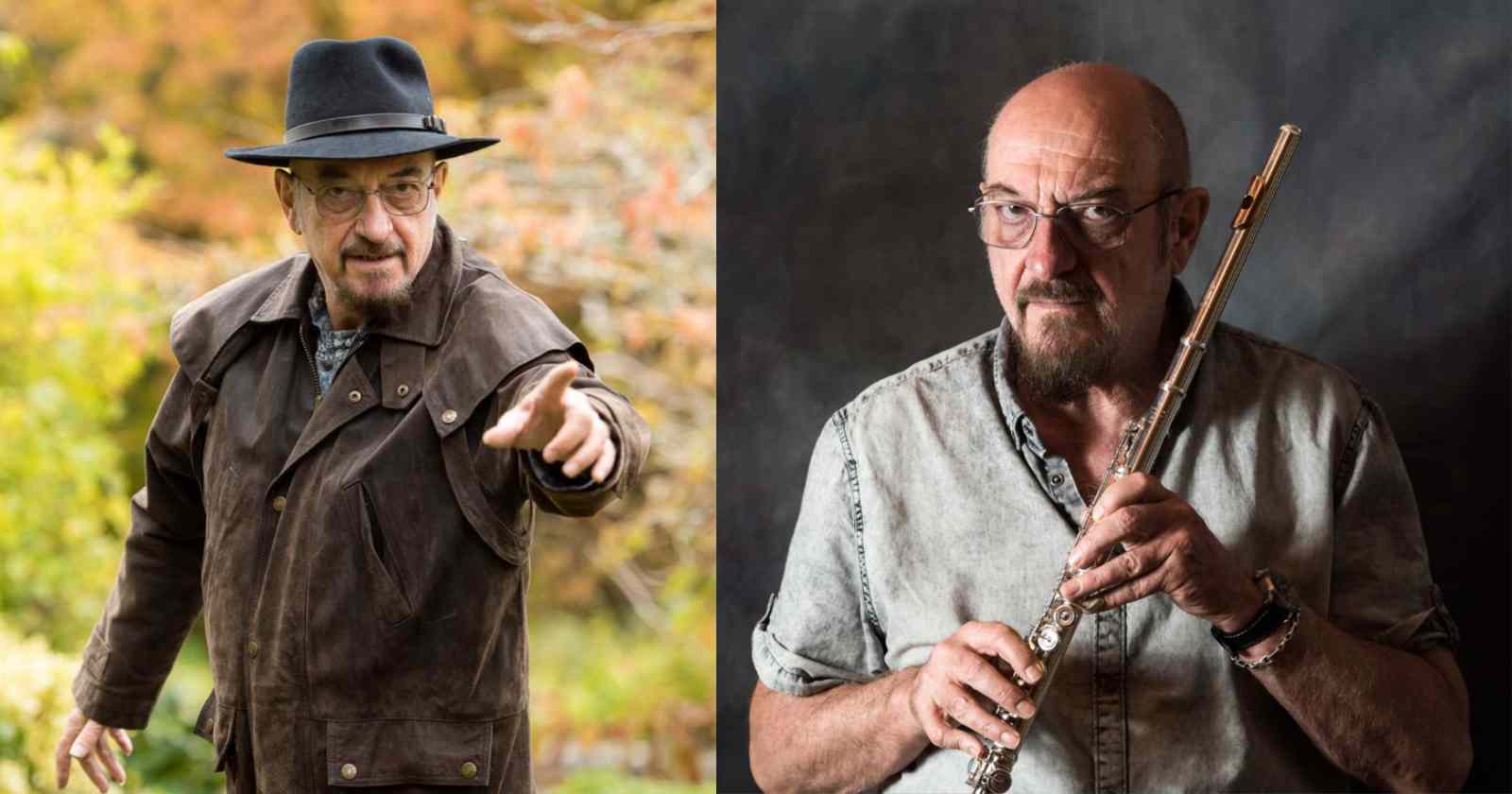 Jethro Tull leader Ian Anderson inspired millions of musicians worlwide releasing classic albums like “Aqualung” (1971), “Thick As a Brick” (1972) and “Songs From The Wood” (1977). The songs he composed with the legendary Progressive Rock group became favorites from fans over the decades and in an interview with Planet Rock back in 2020 he listed 4 songs that are some of his favorites of all time and explained why.

The Animals “House Of The Rising Sun”

“The time when I was still at school and my two pals John Evans and Jeffrey Hammond at Blackpool Grammar School we were toying with the idea of trying to start a band as you do. There was a lot of cheesy Pop music out there in the world. The thing that grabbed us was The Animals.”

“This really rather angry, grumpy looking guy who stood at the front (Vocalist Eric Burdon), obviously quite small, seemed like a bad person. The “House of The Rising Sun”, which we knew nothing about in terms of the history of the song it just had this grittiness about it. He deliveried with such a defiant and angry kind of vocal style. It stood out,” Ian Anderson said.

Formed in Newcastle in the early 60s, The Animals had other hits like “We Gotta Get Out of This Place”, “It’s My Life” and “Don’t Let Me Be Misunderstood.”

“The Nice were contemporaries of ours at the Marquee Club when we first got a residency there. They were quite well established at that point. Indeed I was quite captivated not only by the showmanship of Keith Emerson, who obviously had some considarable chops as a Jazz and Classical pianist but the band as a whole: Blinky Davison, the drummer and Brian, singer and bass player, he was a bit of an unsung hero of The Nice.”

“I always thought he had a certain charm. Plus he was the only one that really communicated anything. The others were pretty much silent,” Ian Anderson said.

Formed in London in 1967, The Nice mixed Rock and Roll, Jazz and Classical music. The band achieved success with an instrumental rearrangement of Leonard Bernstein’s “America”, following which guitarist David O’List left the group. After that the remaining members continued as a trio and released several albums.

In 1970, keyboardist Keith Emerson left the band to form the legendary trio Emerson, Lake and Palmer.

“It sits very well next to The Nice. Because at that time at the Marquee Club, King Crimson also began to play that year, 1969, and released an album, which had that track on it.”

“These were poignant times.”21st Century Schizoid Man” was one of those things that erupted at the stage of the Marquee Club and of the grooves of your vinyl LP in a way that it had an angry, impassioned outporing lyrically and in terms of guitar playing too. So it’s a great track and remains one to this day,” Ian Anderson said.

Formed in London back in 1968 by Robert Fripp, Michael Giles, Greg Lake, Ian McDonald and lyricist Peter Sinfield, King Crimson remains as one of the most respected Progressive Rock bands in history.

“Mountain were another band that we encountered in 1969. They took part in a number of Jethro Tull shows (As opening act for Tull). Felix Pappalardi, the bass player had produced from Cream and they had written some pieces like “Theme for an Imaginary Western”. So there is a big connection between Mountain and Cream. In many ways, I suppose musically speaking there was a similarity. Except for the fact that they had a keyboard player and Cream dind’t. They had two great singers in the shape of Felix and Leslie West.”

“Quite different voices and different approaches. But they were a great band to work with, lovely guys. So we began our career really on the northeast of USA, around Boston, New York and New England areas. So “Nantucket Sleighride” being the title suggesting that the days of whaling, when you were in small long boats, flat bottom thing on the Atlantic. you were harpooning a whale, which would then take off pulling you and five or six intrepid sailors to finally slaughter this poor creature.”

“It was called “Nantucket Sleighride”, meant you were being pulled by a whale. So this was something that they had a certain romantic nature, which was very American. It fueled my sort of interest in the geography and the culture of New England. Of course as references as a child reading ‘Moby Dick’,” Ian Anderson said.

The American Hard Rock band was formed in Long Island, New York back in 1969 by Leslie West, Felix Pappalardi, Steve Knight and N. D. Smart. Their most famous song is “Mississipi Queen” that has one of the most famous guitar riffs in Rock and Roll history.

The youngest of three brothers, Ian Anderson’s family moved to Edinburgh when he was 3. Besides being influenced by his father’s big band and jazz records, Anderson also was in love with Rock music during his youth.