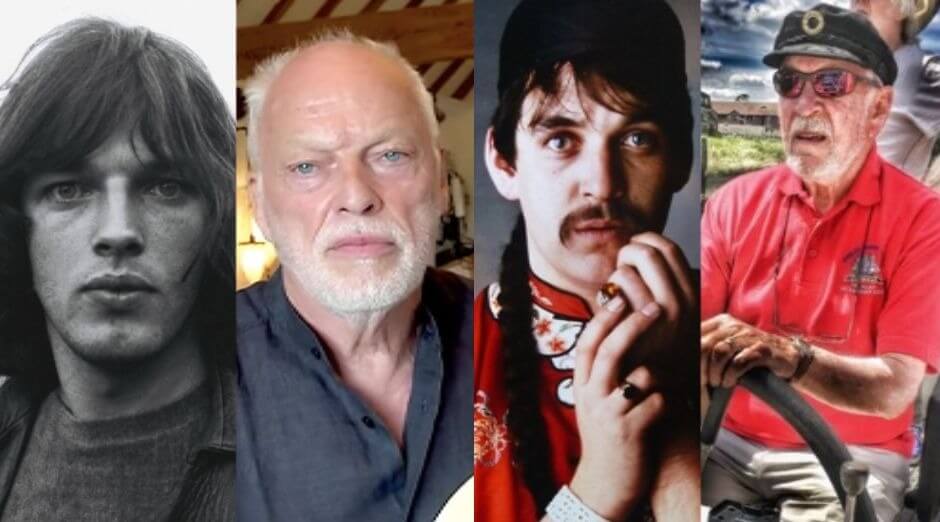 Long hair and beard and colorful clothes were a trademark of the Progressive Rock singers from the 60’s. It was the birth the amazing rock and roll subgenre. Many singers that became famous at that time are still playing today. But, their look has changed a lot almost 60 years later.

What Progressive Rock singers from the 60’s look like nowadays 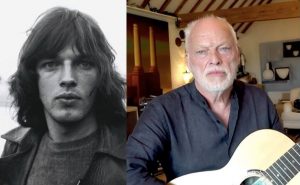 David Gilmour was born in Cambridge, March 6, 1946. Besides being Pink Floyd vocalist and guitarist, the musician also have a successful solo career. His father Douglas Gilmour, was a professor of Zoology at the University of Cambridge and his mother Sylvia was also a teacher. His education took place at the Waldorf School and was a model for that school for many years. However he described his education as “horrible”. At 13 the Progressive Rock musician got his first guitar, and that’s when it all started. 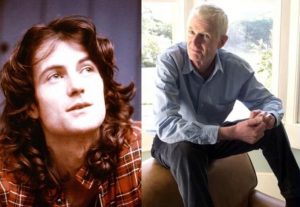 Peter Joseph Andrew Hammill is a multi-instrumentalist musician, poet and composer, referential icon and pioneer of 70s Progressive Rock. He was the founder and leader of the iconic British band, Van der Graaf Generator.

He was born in a suburb of Ealing, a city west of London, on November 5, 1948. During his youth, he studied at the University of Manchester, where he met some of the musicians with whom he joined in 1967, the first formation of the Van Der Graaf Generator.

In 1968, he abandoned his studies and turned to his passion for music, while he began to develop his great creative ability. His art was always characterized by an innovative spirit and eclecticism. Referenced by great progressive bands of the time. Hammill’s poetry, which is sometimes obscure and excessively mysterious, brought him criticisms that were not always benevolent in the media and specialized publications. Which in fact did not influence his genius at all. 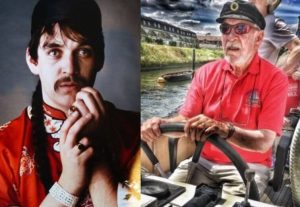 Gary Brooker was born in London, May 29, 1945 and is a singer, songwriter, pianist, founder and vocalist of the rock band Procol Harum. He was appointed Member of the Order of the British Empire in the Honors of the Queen’s Birthday on June 14, 2003, in recognition of his charitable services. 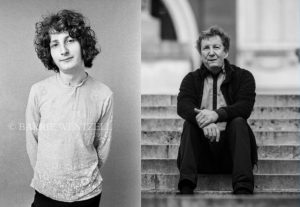 David “Davy” O’List was born 13 December 1950 and is a rock guitarist, vocalist and trumpeter. He has played with The Attack, The Nice, Roxy Music, and Jet. He also briefly deputised in Jethro Tull and Pink Floyd. 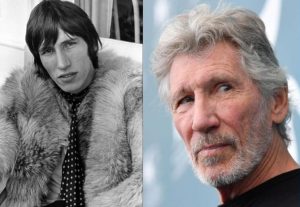 Roger Waters was born in Guildford, 6 September 1943. He is one of the founders of Pink Floyd, in which he acted as bassist and vocalist. After Syd Barrett left the group in 1968, Waters became the band’s lyricist, the main songwriter and the group’s conceptual leader. Subsequently, the band would achieve international success in the 70s with the concept albums The Dark Side of the Moon, Wish You Were Here, Animals and The Wall.

Although his primary instrument at Pink Floyd was the bass, he has also experimented with synthesizers and tape loops. As well as playing rhythm and acoustic guitar on recordings and performances. Claiming creative differences with the group, Waters left Pink Floyd in 1985. Starting a legal battle with the remaining members for the future right to use the group’s name and material.

The dispute ended in 1987 and it took him almost eighteen years to play again with Pink Floyd in 2005, at the Live 8 event. It is estimated that, by the year 2010, the group had sold more than 200 million albums around the world. Including 75 million sold in the United States alone. 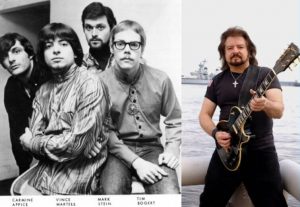 Vince Martell was born on November 11, 1945 and is best known as the lead guitarist for Vanilla Fudge. Martell was born in the Bronx to parents who played the guitar and encouraged him to play as well. While in his teens, Martell joined the Navy, where he discovered his skills as a guitarist.

In 1963, Martell moved with his family to Florida and soon joined a band called Ricky T & The Satans Three that played in Miami blues clubs and shrimp bars in Key West. In 1966, he formed the band The Pidgeons with organist Mark Stein, bassist Tim Bogert and drummer Joe Brennan. After Brennan was replaced by Carmine Appice and a record deal forced the band to change its name. The band became Vanilla Fudge. 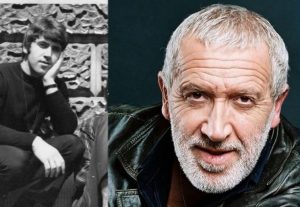 Gordon Haskell was born in Bournemouth, 27 April 1946 and is an English bassist and vocalist that was part of King Crimson in 1970 and recorded the album Lizard. But left the band during the rehearsal period for the tour. A college friend of Robert Fripp, they had previously worked on a primary version of The League of Gentlemen.

Haskell had a more folk-oriented orientation, which came into conflict with Crimson’s sound, so he decided to leave. 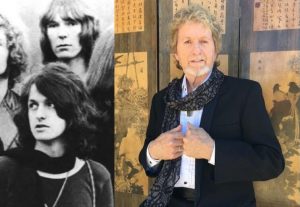 Jon Anderson was born in Accrington, October 25, 1944. He is known for his work as vocalist for the progressive rock band Yes. He also has an extensive solo career, having recorded several albums, among them the masterpiece “Olias Of Sunhillow”. Also collaborated with several musicians and bands, like the Greek Vangelis, through the Jon & Vangelis project, the King Crimson, the Brazilian Milton Nascimento, the Japanese Kitaro and the also English Mike Oldfield. Jon Anderson is a vegetarian and mystic. Its lyrics usually depict stories, books and mystical themes from oriental scriptures. 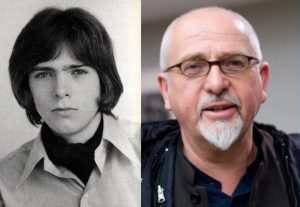 Peter Gabriel was born in Chobham, February 13, 1950.  He started out as a vocalist, flutist and leader of the progressive rock band Genesis. But subsequently embarked on a successful solo career. Peter is also a notorious human rights activist.

Gabriel founded Genesis in 1967 together with his friends Tony Banks, Anthony Phillips, Mike Rutherford and Chris Stewart. All of them students at the Charterhouse School in Godalming, England. The name of the band was suggested by an older student at the school, Jonathan King. Who by that time was already a recognized pop music entrepreneur. The quintet’s first album was called From Genesis to Revelation, whose title was named after the group. 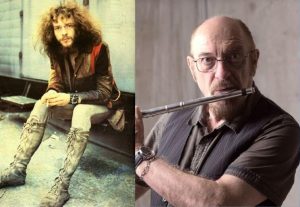 Ian Anderson was born in Dunfermline, Scotland, August 10, 1947. He is known as the leader of Jethro Tull. As a teenager, Anderson took a job as a sales assistant at a department store in Blackpool, and then as an attendant at a newsstand. He would later declare that he was reading editions of Melody Maker and New Musical Express during his lunch breaks that gave him the inspiration to be part of a band.

In 1963, he formed The Blades with his school friends Barriemore Barlow (drums), John Evan (keyboard), Jeffrey Hammond (bass) and Michael Stephens (guitar). This was a soul and blues group, with Anderson on vocals and harmonica. 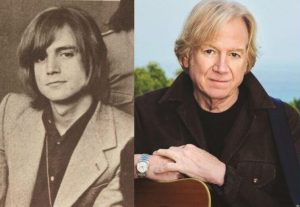 Justin Hayward was born October 14, 1946. He is an English musician, best known as a songwriter, lead singer and guitarist in the band The Moody Blues. Hayward played in several bands from an early age until he was 15, when he bought his Gibson 335. Guitar that appears on almost all his records throughout his career and a Vox AC30 amplifier.

All previous guitars were “unsatisfactory” and required modification. He performed with local Swindon groups in clubs and clubs, playing mostly Buddy Holly songs. One of Hayward’s early groups was All Things Bright, which opened for The Hollies and Brian Poole and the Tremeloes. 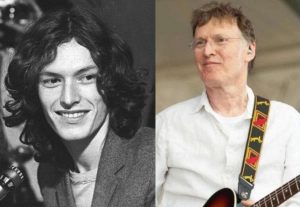 Steve Winwood was born in Handsworth, Birmingham, England, May 12, 1948. The English composer and multi-instrumentalist who, in addition to his solo career, was a member of the bands Spencer Davis Group, Traffic, Go and Blind Faith.

Winwood was a key member of The Spencer Davis Group, Traffic, Blind Faith and Go. He also had a successful solo career with hits including “While You See a Chance”, “Valerie”, “Back in the High Life Again”. Besides two US Billboard Hot 100 number ones, “Higher Love” and “Roll with It” charting 20 years after the start of his recording career. He was inducted into the Rock and Roll Hall of Fame as a member of Traffic in 2004.

In 2005 Winwood was honoured as a BMI Icon at the annual BMI London Awards for his “enduring influence on generations of music makers”. In 2008, Rolling Stone ranked Winwood No. 33 in its 100 Greatest Singers of All Time. Winwood has won two Grammy Awards. He was nominated twice for a Brit Award for Best British Male Artist: 1988 and 1989. In 2011 he received the Ivor Novello Award from the British Academy of Songwriters, Composers and Authors for Outstanding Song Collection.