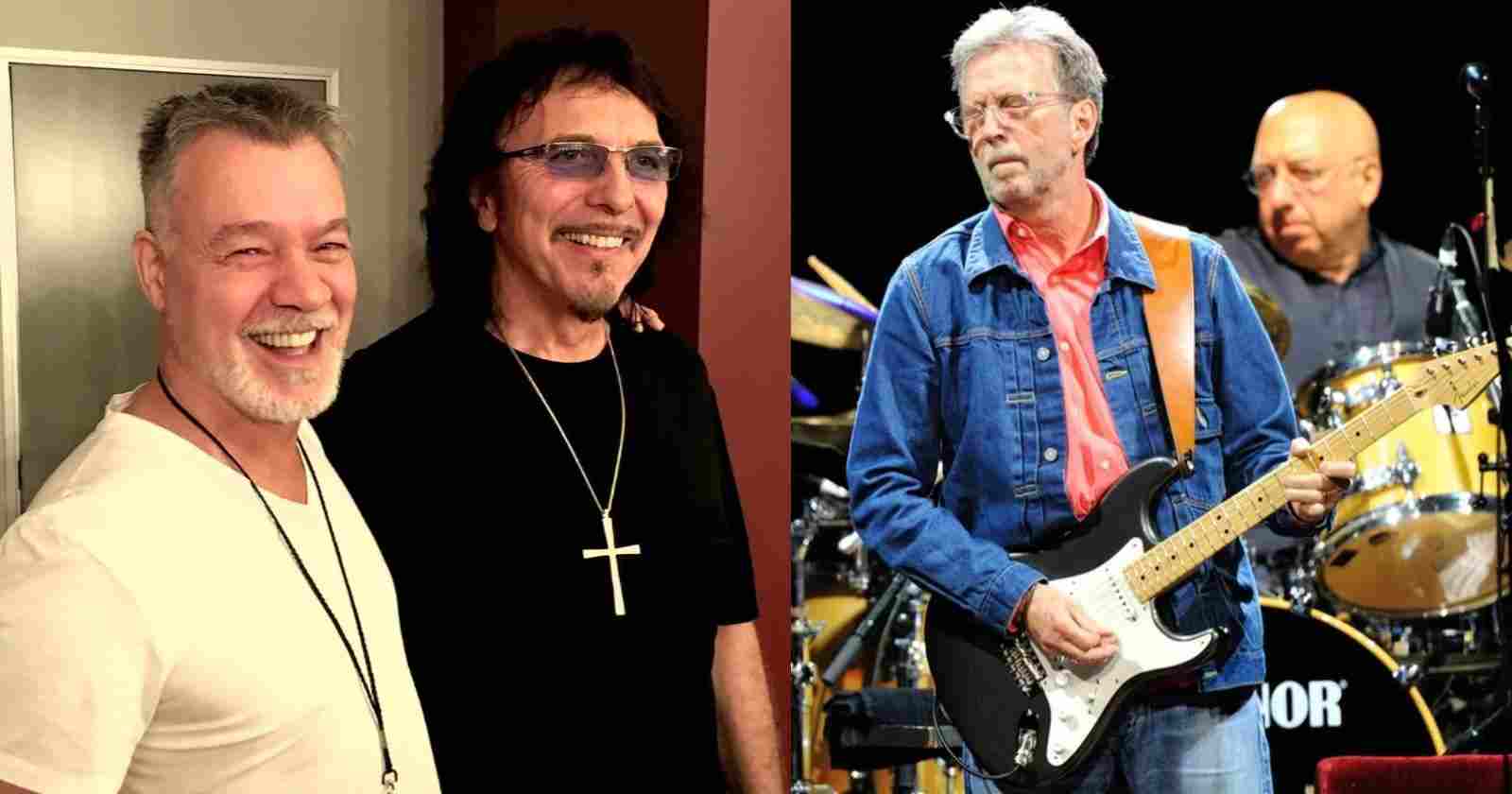 Black Sabbath guitarist Tony Iommi and Eddie Van Halen were friends since Van Halen toured with Sabbath by the end of the 70’s. Back in 2013 the legendary musicians gave an interview to Guitar World and they discussed the influence Eric Clapton had on them.

Tony Iommi: “Probably because of the whole blues thing. I really liked his playing with John Mayall, which influenced a lot of players back then.”

Eddie Van Halen: “With me it was all about the live Cream stuff. I don’t mean to downplay anything Clapton did, but for me it was also about Cream’s rhythm section. Listen to “I’m So Glad” on Goodbye and adjust the balance to the right. Jack Bruce and Ginger Baker were playing jazz through Marshalls. To me that is where Clapton’s style came from. Clapton was the only guy doing that kind of extended soloing back then.”

Tony Iommi: “That’s right. Later on it was Hendrix and everybody else. But Clapton in those days appealed to a lot of people from his work with John Mayall through Cream.”