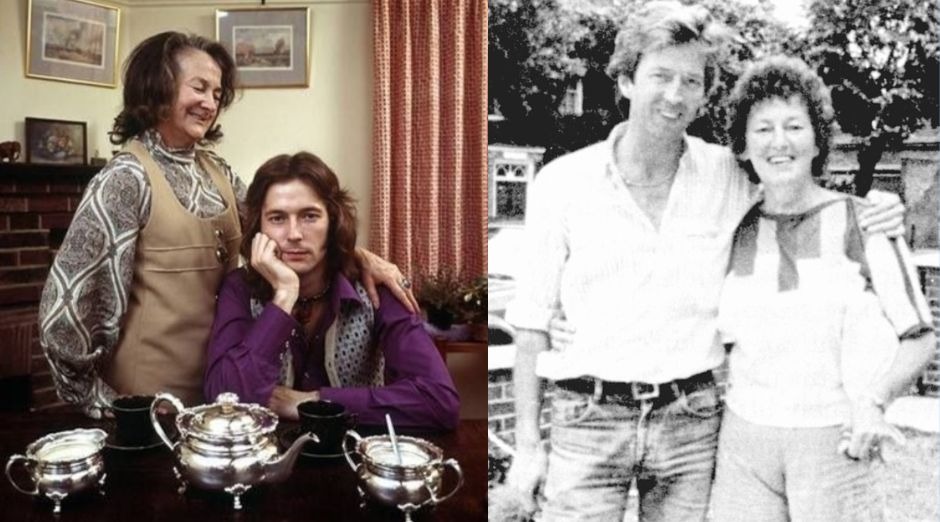 Life for Eric Clapton was not always a bed of roses, full of fame, success and prestige. In his autobiography the musician reveals sad stories from his childhood. Eric Patrick Clapton lived in Ripley (Surrey – England). As a result of the Second World War, the world economy went through a terrifying economic and financial crisis. And Claton’s family was not immune to the fact. Living in a quiet country town in England, Clapton came from a family that lived on the edge of extreme poverty.

The little “Ric” (affectionate nickname he received from his family) often saw them having mysterious conversations about the him. Clapton believed he was the son of Jack and Rose Clapp. However, he later discovered that his biological mother was actually Patricia Clapp, Rose’s daughter.

Patricia abandoned her son, claiming that she was too young to take on such responsibility. The young woman had been abandoned by her husband Edward, who, when he learned of her pregnancy, tried to emphasize that he would not assume the child in any way.

And as young Clapton grew, it became more and more difficult to hide the truth from the boy. Clapton’s talent for music comes from the origins of his biological father. Edward was a great pianist, having met Patricia at a bar, where he performed alongside his band. Edward served in aeronautics during World War II, until in 1944, the country was taken over by Canadian troops.

Eric Clapton discovers his sister is actually his mother

Eventually, Clapton and Patricia were introduced. At first Clapton believed that the young woman was his sister. The hypothesis that she was his mother did not cross his mind.

Upon discovering the truth, Clapton became possessed and became a repressed, misanthropic teenager and stuck in his own mind. However, afterwards, he understood his family’s point of view, but he still felt isolated and lonely in his own family environment. 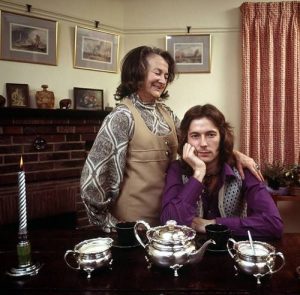 Eric Clapton and his grandmother

When Patricia disembarked from a trip to see her parents, young Clapton hoped his mother would try to restore the bond between them and say she was sorry to have left him. Upset about the situation, Patricia not only ignored the young man, but demanded that he continue to treat his grandparents as biological parents.

Asked by her son if she could be called “mother”, she was emphatic: “I am not your mother, do not call me a mother”.

The boy’s anguish was so evident, that he created an imaginary character called “Johnny Malingo”, and clung with all his strength to his only friend, a labrador dog named “Prince”.

When he played “Johnny Malingo”, Clapton saw himself as a “citizen of the world”, more light and courageous than the average. In his imaginary adventures, he was accompanied by the horse “Bushbranch”.

Little “Ric” created these illusory moments to escape the harsh reality that was plaguing him. Clapton felt outside the conventional standards of society, having a hard time fitting into social groups at school.

Eric felt frustrated, angry and rejected, having developed psychological features of deep depression. Then, he realized that maybe it was better that way. Since his grandparents gave him more love and affection than his mother could have given him. The only thing that mattered to Clapton was that, except for his mother, his entire family offered him immeasurable brotherly love.

His relationship with his mother remained difficult 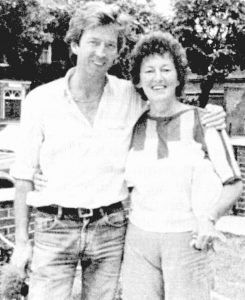 Eric Clapton and his mother

His playing became legendary. Yet in real life he was shy, fearful and did not believe in himself. Despite his phenomenal success first with The Yardbirds, then Cream, Blind Faith and Derek And The Dominos.

When releasing his Autobiography, he revealed to Daily Mail that his relationship with his mother remained difficult:

“My mother and I didn’t really hit it off that well. The best period of our life was as adults, when we were drinking together. I loved her but she was a difficult woman. Our relationship developed as friends. Whenever I needed a mother figure, she wouldn’t be the person I’d go to.”

His relationship with Rose (His grandmother), though, became very strong. Eric Clapton’s mother died in 1999. 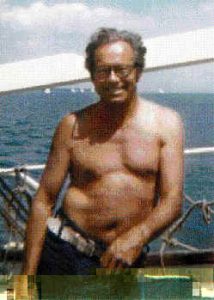 Clapton never had the opportunity to meet his father. Only in 2007 he got to know more about him after the Montreal journalist Michael Woloschuk tracked his father Fryer and his family. Discovering that he died of leukemia in 1985. He had been a traveling musician who played the piano and saxophone and also sang. Also, he was married several times during his travels and had several other children. It is also thought that he never knew he had a famous son.