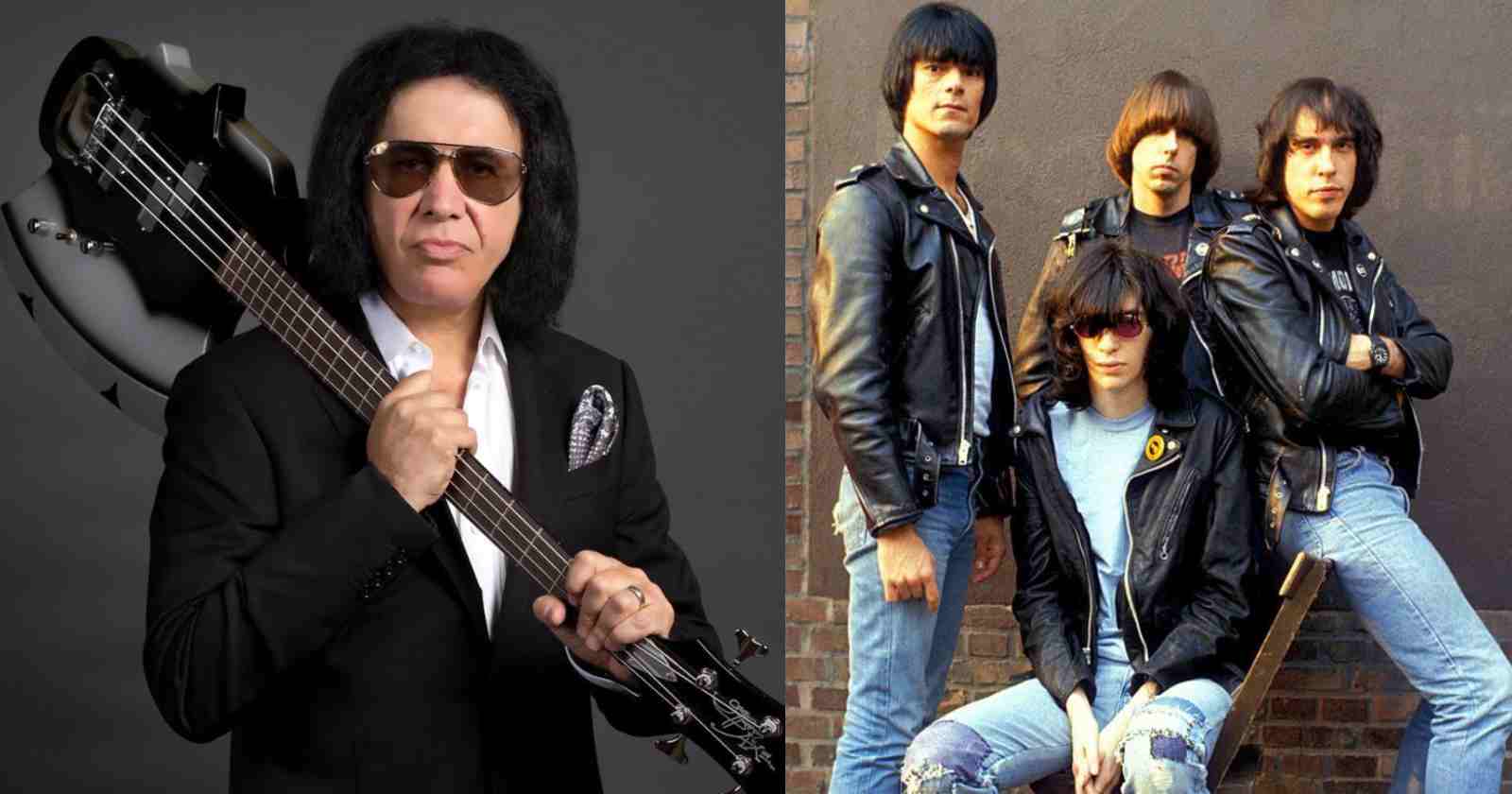 Kiss bassist and singer Gene Simmons is active in the music business since the early 70s and have seen Rock and Roll music evolve many times. By the mid-70s when his bands already was one of the biggest in the world, Punk Rock music caused a revolution with bands like The Ramones, Sex Pistols and The Clash. Over the years the musician gave his opinion on the sub-genre and on many of these bands.

What is Gene Simmons’ opinion on Punk Rock

Simmons has mixed views on Punk Rock music and even made a comparision of The Ramones with the band Chicago in an interview with VICE back in 2014. The musician believes that the American scene of the music genre didn’t mean more than style, meanwhile the British scene was a “cultural class divisional statement”.

“When we first started it was glitter and glam. You would never play in a band and look like a punk. Well it did start in New York with The Ramones, but Joey and the guys used to come see us all the time and go ‘wow man, wow man.’ But Punk in America didn’t mean anything more than style. Two of The Ramones were Jews, lived in middle class neighborhoods. Take the subway, go back home, and eat two meals a day. Punk in England was a cultural class divisional statement. Cultural. It meant something. Punk in America meant nothing,” Gene Simmons said.

For Simmons, “The Ramones were a fun band”

In the same conversation he was asked if he liked any of the Punk bands and said The Ramones wer a fun band. However, the Kiss member criticized the music genre, along with Thrash Metal and Grunge, because most part of the bands that emerged from those scenes didn’t last as much as many other Rock and Roll groups. “Punk was a complete fucking disaster. Thrash was a disaster. Grunge was a disaster. You had one or two bands that lasted, Nirvana lasted two records. Pearl Jam is the most successful of the grunge bands, and no one else.”

“So The Ramones, bless them. We’re a fun band, and everything else, and influential to you. It’s not a big band that plays stadiums that goes, ‘Oh yeah, I started because of them.’ So you take The Ramones which is widely accepted by the media as the most influential this and that. They have one gold record after they died. The one they hated the most.”

“Chicago had 22 platinum records in a row. My point is, it doesn’t matter what I like or what you like. It doesn’t matter. It only matters what the masses like. Either that, or we can say, ‘We are holier than thou. My opinion is worth more than yours.’ I don’t subscribe to that theory. I believe the masses rule,” Gene Simmons said.

Talking with Planet Rock back 2015, Gene Simmons said that the record labels where crucial for the bands, including the ones that played Punk Rock. According to him, those groups wouldn’t have been as big as they became.”If it wasn’t for record companies, there’d be no Sex Pistols. There’d be no punk, there’d be no nothing. There would be punk, but it would be in a small club. It would never become huge,” Simmons said.

In a small documentary about Joey Ramone and The Ramones, available on the band’s official Youtube channel, Kiss singer and guitarist Paul Stanley said that Joey was at one of the first Kiss concerts at the Coventry in NY back in 1973. He said (Transcribed  by Rock and Roll Garage): “We were playing clubs in New York. Particularly the Coventry, which was a club in Queens. It would always be this tall guy in the background with these glasses on and this Beatle haircut.”

“He was at least a head and shoulders above most people. It wasn’t until this band called The Ramones came out that I said ‘Hey, there’s that guy!’. It was Joey Ramone. It’s so interesting, because a band that really has something to offer will permeate music in ways that are unexpected,” Paul Stanley said.

Kiss was inducted into the Rock and Roll Hall Of Fame back in 2014. They have become one of the best-selling bands of all time with an estimated amount of 100 million records sold worldwide.