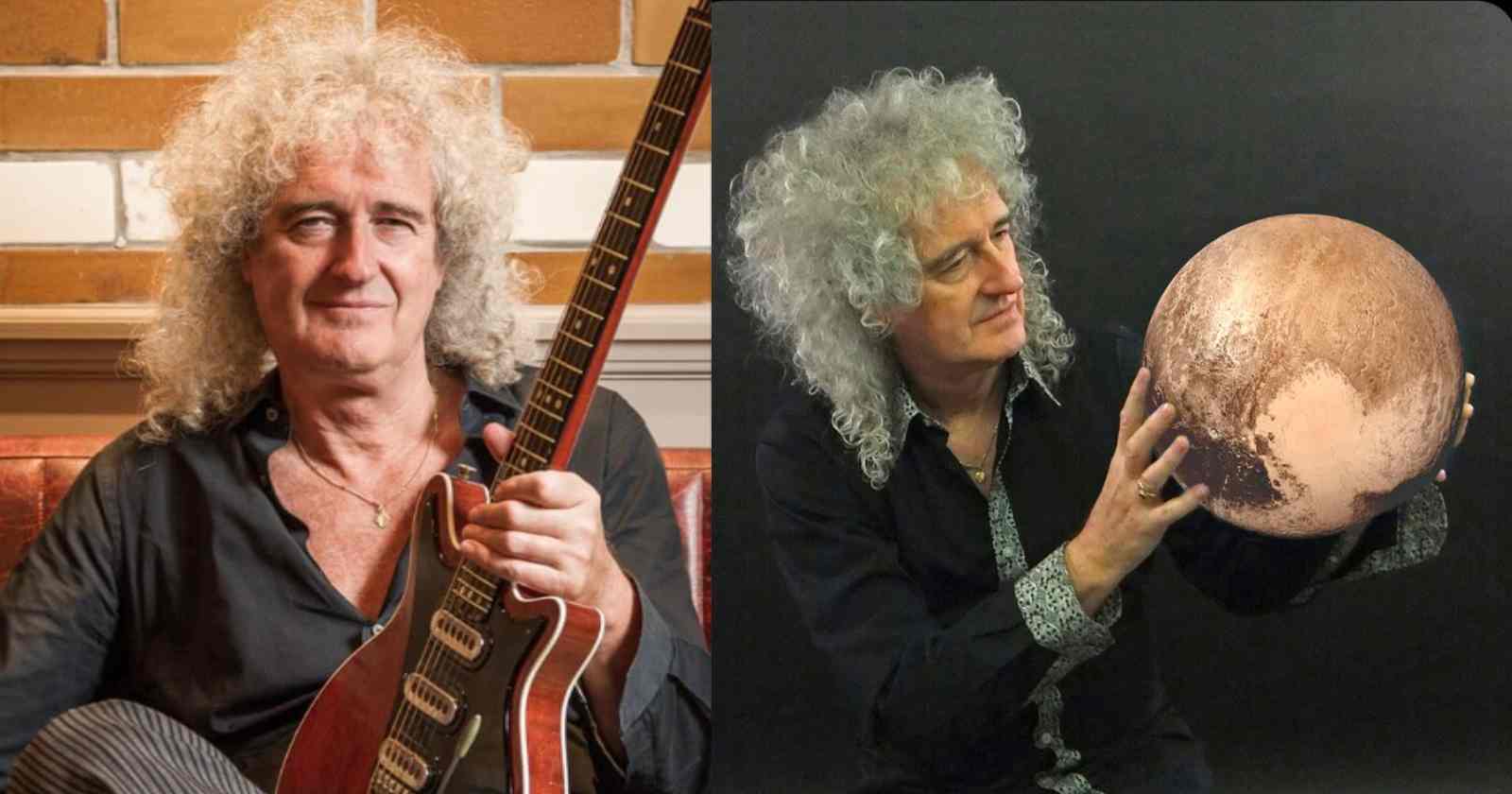 Besides being Queen‘s guitarist, Brian May also is an astrophysicist, who earned a PhD degree in astrophysics from Imperial College London in 2007. In many interviews over the years he talked about space and also about the possibility of extraterrestrial life, sharing his opinion on UFOs and the mystery of what is beyond our galaxy.

What is Brian May’s opinion on UFOs

In a radio interview back in 2018 (Transcribed by Rock and Roll Garage), the musician said that he would love to meet the “little green men” if they exist, but he doubts that it is possible, at least in our galaxy: “If there are benign creatures out there yes, I would love to meet them. I kind of doubt it thought. Because is a complex thing, it looks like there are not any in our solar system”.

“If they’re not in our solar system it would be very hard for them to get to us because of the limitations of space travel where we are limited by the speed of light as far as we know. I’d love to see some of the little green man. Please guys, if you see any little green mans, come to me, ok?”

What is beyond our galaxy in Brian May’s opinion

In an interview with Sex Pistols guitarist Steve Jones back in 2017 (Transcribed by Rock and Roll Garage), Brian May talked about the mystery of what is beyond our galaxy, saying: “You know what fascinates me, we have an idea in our minds that we understand what the universe is now. We think that is this thing that is expanding and it started from one point and it’s getting bigger all the time. But the thing is, we have no idea how big it is at any point. So we have no way of measuring the size of the universe.”

“What’s outside that? Nobody has the slightest clue. Is it the same outside as the inside? Nobody knows.” Steve Jones then asked Brian May if there is some kind of wall or the galaxy goes on forever and he said: “It seems to me that goes on forever. There is no evidence to suggest that if we go to the edge, we start at the earth and we go to the edge of the observable universe, somewhere on that sphere, there is no evidence to suggest that what we would see from that point would be any different from what we would see here in essence.”

How life on earth begun in his opinion

During the same interview with Steve Jones, Brian May explained how he thinks that life on earth begun: “I think it was from one event. I think that was probably what happened. But I have no idea that that event happened. There’s a great film called ‘Allegro Non Troppo’, which I recommend anyone who is interested in this stuff and it’s kind of a spoof, is a send-up of that wonderful Disney film where everything happens, ‘Fantasia’.”

“Is a set-up of ‘Fantasia’ made by some italians and you know in ‘Fantasia’ life evolves from one little drop, I think, and then you had that whole sequence, you had the dinosaurs and then the dinosaurs died and then it evolves. Well, they do a spoof of that, but in their version it starts from one guy dropping a Coca-Cola bottle and it all going moldy inside and life evolves from the Coca-Cola. (laughs). So I like that theory.”

“It’s another species, it’s an alien life-form that gave birth to us maybe. I have no idea. I don’t rule out the possibility of existence of God. There are scientists that can tell you, who will sit here and say ‘Oh, I can disprove the existence of God. I can prove that he doesn’t exist’. But I don’t believe that, I don’t think, that science has anything to say about anything else outside science.”

Brian May was inducted as a member of Queen into the Rock and Roll Hall of Fame back in 2001 by Dave Grohl and Taylor Hawkins.