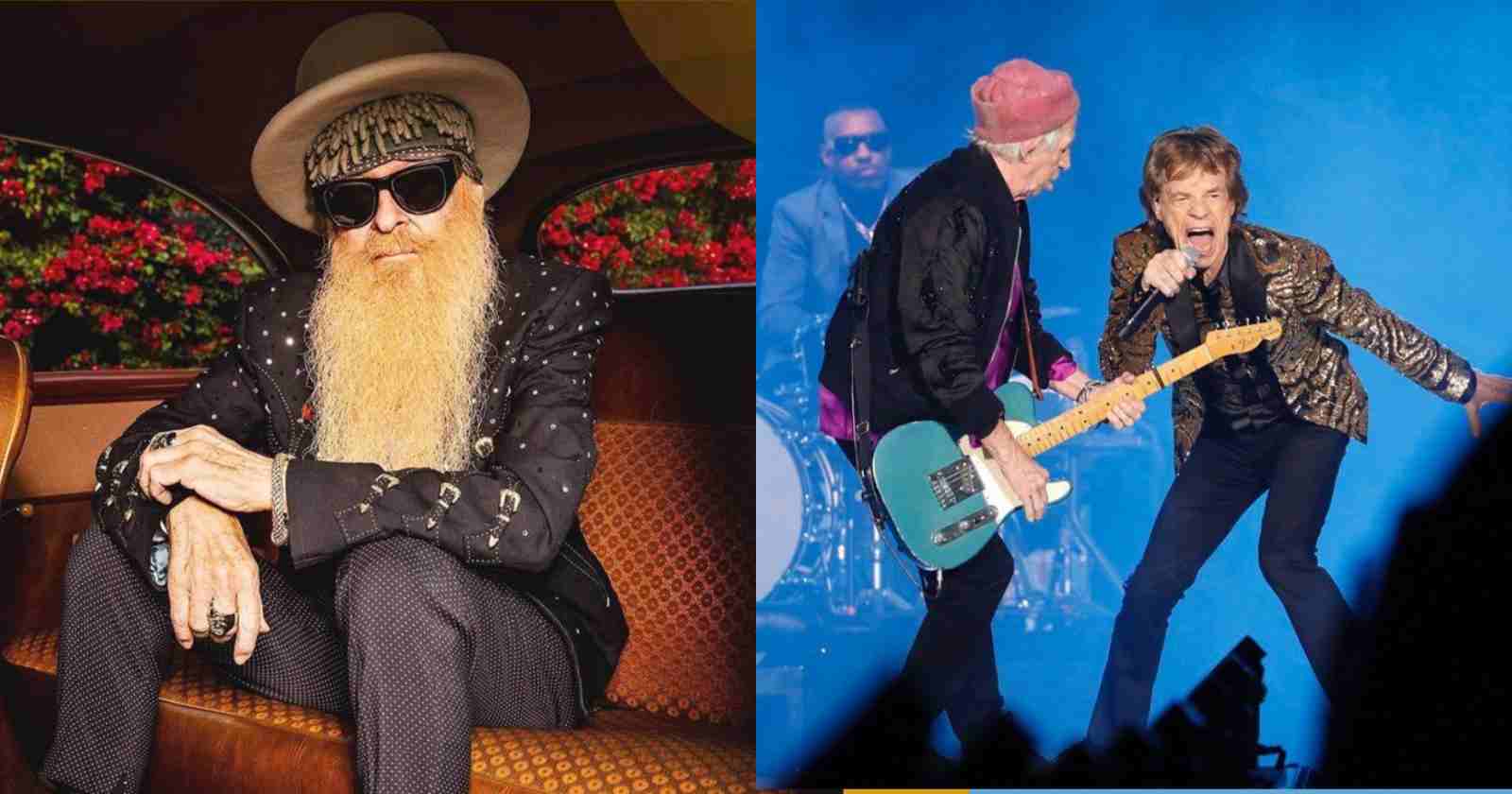 Formed in London, England back in 1962, The Rolling Stones became one of the most influential Rock and Roll bands in history and inspired millions of musicians. They sold more than 200 millions records worldwide and since the 70s are touring and playing in for fans in sold out stadiums.

Over the decades many rock stars talked about the British band and one of them was ZZ Top’s vocalist and guitarist Billy Gibbons.

What is Billy Gibbons’ opinion on The Rolling Stones:

In an interview with BBC’s “The Rock Show With Johnnie Walker” back in 2019, Billy Gibbons chose Mick Jagger and Keith Richards as his “Rock Gods” and praised the musicians, saying (Transcribed by Rock and Roll Garage): “Both Mick and Keith, two peas in a pod. They still remain robust and stalwart in the eyes of ZZ Top land. Two characters in their own right. But I think it’s a comfortable way to give them a proper pairing.”

“Meeting the Stones for the first time goes back to 1972, the Stone had booked three appearances in Hawaii. They had a Friday night show, a Saturday afternoon matinee and a Saturday night show. How ZZ Top got picked to be part of that triumvirate? Three excursions into Rock and Roll land was delightful. We spent less time working up music and rehearsing the show than we did hanging out at the Waikiki Beach at the Rainbow bar. Need I say more?”

In an interview with Elmore Magazine back in 2018, Gibbons was asked who was his favorite guitarist and he said: “Keith Richards. It’s incredible to think that the Stones, Keith, these guys were sort of heroes of mine when I was starting out and they’re now friends.”

“They rescued US blues music with their work, bringing the music back home to the USA and giving the original US bluesmen a career and recognition.”

In an interview with Sex Pistols guitarist Steve Jones back in 2007 (Transcribed by Rock and Roll Garage), Gibbons was asked what was his opinion on Keith Richards guitar playing and he said: “Oh, it’s slammin, he’s still on it. We did a couple of appearances last November, we played at the Rock and Roll Hall Of Fame induction ceremony. He (Keith) said ‘Can I stand next to you?’ And he said ‘Can I play as loud as you?’ I said ‘I can’t play as loud as you!’ (laughs) He goes ‘Let’s turn it up!’ (laughs). So it was great, he is a dear friend and he is the character, he is the barbaric pirate”.

Keith Richards was the one who inducted ZZ Top into the Rock and Roll Hall Of Fame back in 2004 and he said in his speech: “These cats know their Blues, and they know how to dress it up”.