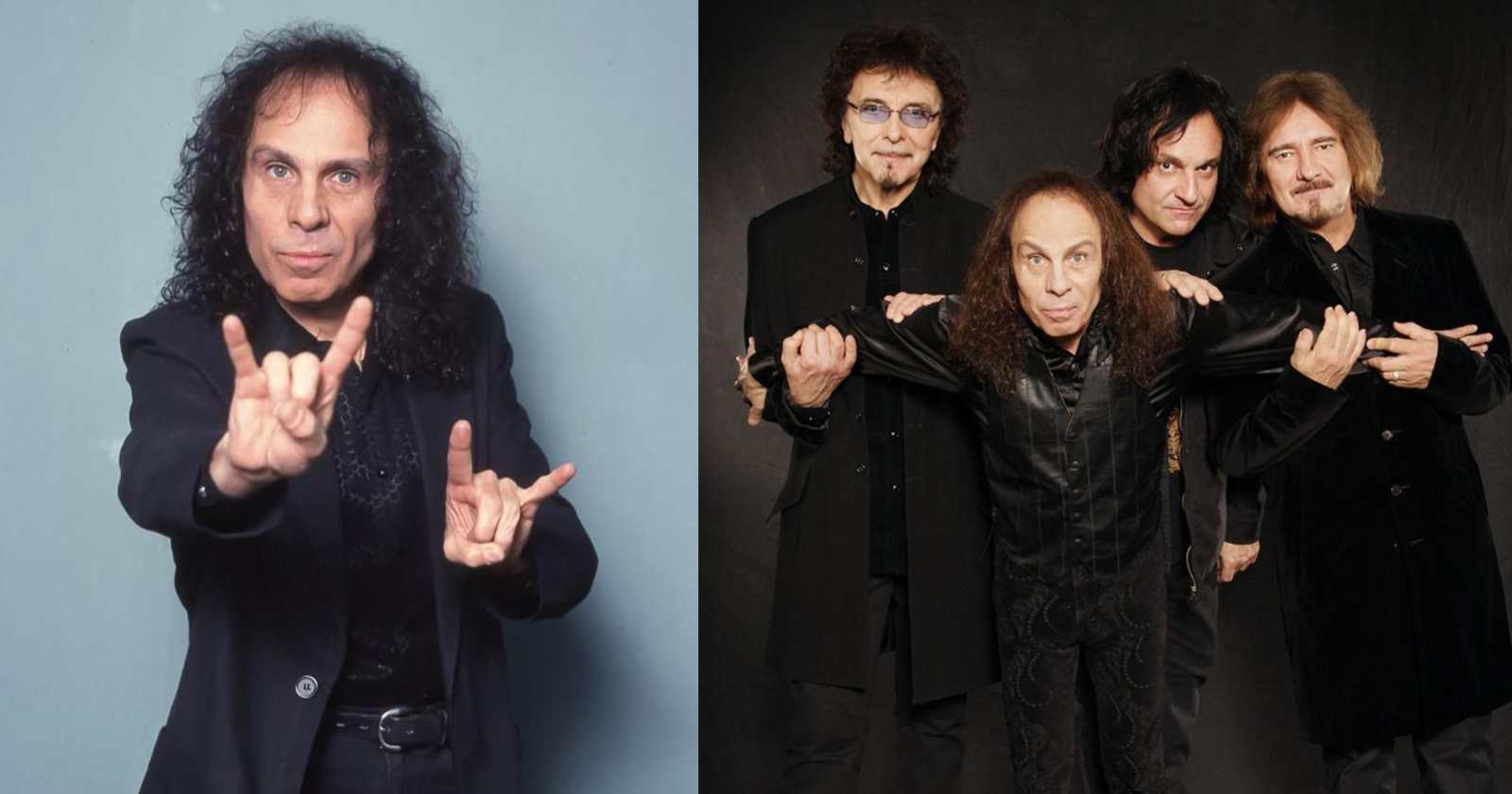 With the release of their self-titled debut album in 1970, Black Sabbath changed music creating what would be later known as Heavy Metal. Throughout the 70s they became even bigger making albums like “Paranoid” (1970), “Master Of Reality” (1971), “Vol. 4” (1972) and “Sabbath Bloody Sabbath” (1973). But after the mid 70s the records done by the band were not seen as big as the previous ones and after internal problems, especially due to addiction, Ozzy Osbourne was fired.

In 1979 Tony Iommi, Geezer Butler and Bill Ward invited the American singer Ronnie James Dio, who had at the time recently left Rainbow to join the group and during this first period he was a member of the band they released two successful studio albums.

But as Dio recalled in an interview with Mark Kadzielawa back in 1994 (Transcribed by Rock and Roll Garage) there was one album he did with Sabbath that he considered to be a “piece of shit”.

The Black Sabbath album that Ronnie James Dio said it was terrible:

When asked about his opinion on Black Sabbath’s “Live Evil”, the live album released in 1982, Ronnie James Dio said: “The end, this was the end. I had really nothing to do with the end of this particular project. We started to do this one together. But because this had become a war between Tony and myself, and of course Geezer sided with Tony and then they thought that Ozzy… Oh, why I keep mentioning that jerk-off. That Vinny (Appice) was on my side for some reason that because we were friends, it meant he had to be out of the band too.”

“So when I went then he had to go too. This was the beginning of the end. It was a very untrue live album. This is an album which is completly unlike this album (Rainbow’s ‘On Stage’) which is an album that you play, you record and you give it to people. This one (‘Live Evil), we played and took in the studio for six months. Everything was replayed. Not mine, not Vinny’s. But somebody did. Don’t know who. That one (‘Live Evil’), a piece of shit. I will tell the truth man, feel like telling the truth today,” Ronnie James Dio said.

Produced by guitarist Tony Iommi and bassist Geezer Butler, the live record peaked at number 37 on the Billboard Pop Albums charts at the time of it’s release. The liner notes of the album said that the tracks were recorded during the “Mob Rules” tour in Seattle, San Antonio and Dallas in the United States.

Besides many classic songs from the Dio era, the record also had Dio singing Ozzy Osbourne era tracks. Some of them were “Black Sabbath”, “N.I.B”, “War Pigs”, “Iron Man”, “Paranoid” and “Children Of The Grave”.

What is Geezer Butler’s version of what happened

Geezer Butler gave his version in an interview with Rolling Stone back in 2021 on what happened during the mixing of “Live Evil”. The Black Sabbath bassist said that after mixing the record all day with Iommi, they would comeback the next day and everything they did was different. So when they asked the engineer, he reportedly said that it was Ronnie who was going into the studio at night and making all the changes. According to Butler that situation during the mixing and Dio asking for equal royalties share made them part ways at the time.

During the conversation with Mark Kadzielawa back in 1994 (Transcribed by Rock and Roll Garage), Ronnie also gave his opinion on the two first albums he made with Sabbath “Heaven & Hell” (1980) and “Mob Rules” (1981).

Talking about the first one, Dio said: “That’s a great album. This a wonderful album, made by people who really liked each other at the time. This album had a lot to prove. This band had died a severe death three albums before it. ‘Never Say Die’, ‘Technical Ecstasy’ and the album before, you know, were virtually passed over. I’m not gonna comment of how good or bad they were. Nut they were passed over. Then suddenly came this album (Heaven & Hell) that changed (everything). Just like this album (Rainbow’s ‘Rising). Again, both to be considered classic albums, very, very classic albums.”

“(Heaven & Hell) made Sabbath important again. It showed that these guys here (Iommi, Geezer and Ward) were not a bunch of musical fools. That Tony, Geezer and Billy were really good players and they could do things that nobody thought they could do. It started Heavy Metal up a little bit again. This was a great album to me. I loved making this album. It took a long time like all Sabbath albums. But it’s one of the albums which I am most proud of.”

About “Mob Rules”, the musician said that it was kind of the beginning of the end of that line-up: “A very underrated album. excellent album, great songs on it. Very, very well played. Produced by Martin Birch, who of course did the Rainbow albums for us and did the ‘Heaven & Hell’ album. A great album. Again, very underrated and overlooked. But again, kind of the beginning of the end.

Those two albums had classic songs like “Heaven & Hell”, “Mob Rules”, “Die Young”, “Voodoo”, “Turn Up The Night”, “The Sign of the Southern Cross”, “Neon Knights” and “Children of the Sea”.