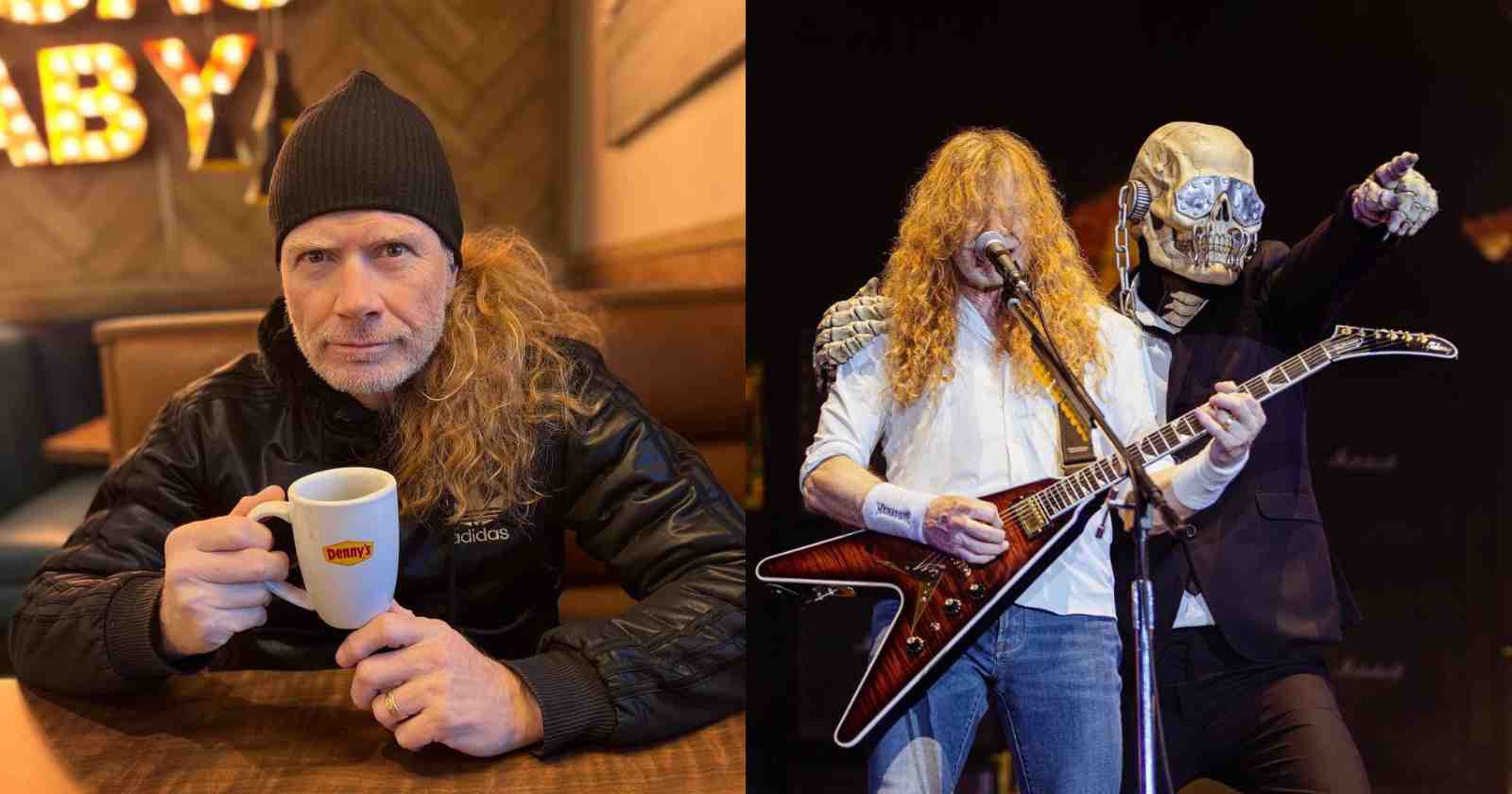 Born in La Mesa, California back in 1961, Dave Mustaine helped Metallica in the early days to shape their sound, was fired before they recorded the debut album but he still managed to achieve success and become one of the most influential Thrash Metal musicians of all time with with his own band, Megadeth. Over the decades he talked about many of his peers and in an interview with Rock Cellar Magazine back in 2017 he listed 4 rhythm guitarists that he said he used to say were the best in the world. Rock and Roll Garage selected what Mustaine said about those guitarists over the years.

The 4 rhythm guitarists that Dave Mustaine said were the best

Even though Mustaine was fired from Metallica back in 1983 not long before the band released their debut album, he recognizes James Hetfield as one of the best rhythm guitarists of all time.

“If you put the two of us together side-by-side, split a TV monitor in half, and had us both hopping around onstage, there’s a lot of similarities. The way he acts and moves with his guitar and stuff like that. I think James is one of the best rhythm guitar players in the world.” Dave Mustaine told Rock Cellar Magazine.

Dave Mustaine was part of Metallica from 1981 until 1983. In that same year he founded Megadeth with bassist David Ellefson and their debut album ‘Killing Is My Business… and Business Is Good!’ was released two years later, in 1985.

Dave Mustaine is a big fan of AC/DC and the band was one of his biggest musical inspirations. He recalled in an interview with Classic Rock back in 2019 what was his reaction when he first heard Hard Rock group: “The first time I put on ‘Let There Be Rock’ I was looking at the back cover and wondering ‘What the Hell’s up with that dude’s lip?’ But hearing the music, my life totally changed. To me it sounded like something was wrong. Like it was too close to my face.”

“Most records are all around you. But this one was right there [spreads his hand in front of his nose]. It was… unsettling. I remember everything, from that first millisecond, the little crackle before ‘ga-dun-GAR!’ in Go Downm” Dave Mustaine said.

He also listed in a conversation with College Radio News Network in 2019, the record “Let There Be Rock” (1977) as ne of his 3 favorite vinyl albums. The record was one of the last AC/DC albums with the late singer Bon Scott. It has classic tracks like: “Dog Eat Dog”, Hell Ain’t a Bad Place to Be” and “Whole Lotta Rosie”.

In an interview with Rolling Stone back in 2017 after Malcolm Young’s death at the age of 64, Mustaine lamented his passing, saying that he cried when he heard the news about his death because Malcolm was one of his favorite people in the world.

Dave Mustaine also included himself as one of the greatest rhythm guitarists in the world. For almost four decades the musician is Megadeth’s main composer and lyricist. Also being known for his incredible guitar playing, as a great rhythm player that also can shred just like a lead guitar player.

In an interview with Guitar World in 2022, Dave Mustaine was questioned which was the trickiest element of his playing and he said: “I like to do this thing called hand economy, where I keep my hand on one part of the guitar because I’m singing at the same time and I want to be in that area. I don’t want to have to be all over the neck and looking at my guitar and not singing right. Because I’m looking sideways and singing out of the side of my mouth. That’s why I’ve sung funny like that before.”

Megadeth became one of the most successful Thrash Metal bands of all time with an estimated amount of 50 million records sold worldwide.

The legendary Scorpions founder and guitarist Rudolf Schenker is another guitarist that Mustaine listed as one of the best. In an interview with Metal Hammer back in 2017, the Megadeth leader talked about Scorpions, saying: “I love that band. And they really made it possible for Megadeth to be the band that we are today. To really stretch our wings and reach that musical melodic fortune that was waiting for us”

Besides being the band’s rhythm guitarist, Schenker is also the primary songwriter and the longest-serving original member of Scorpions.