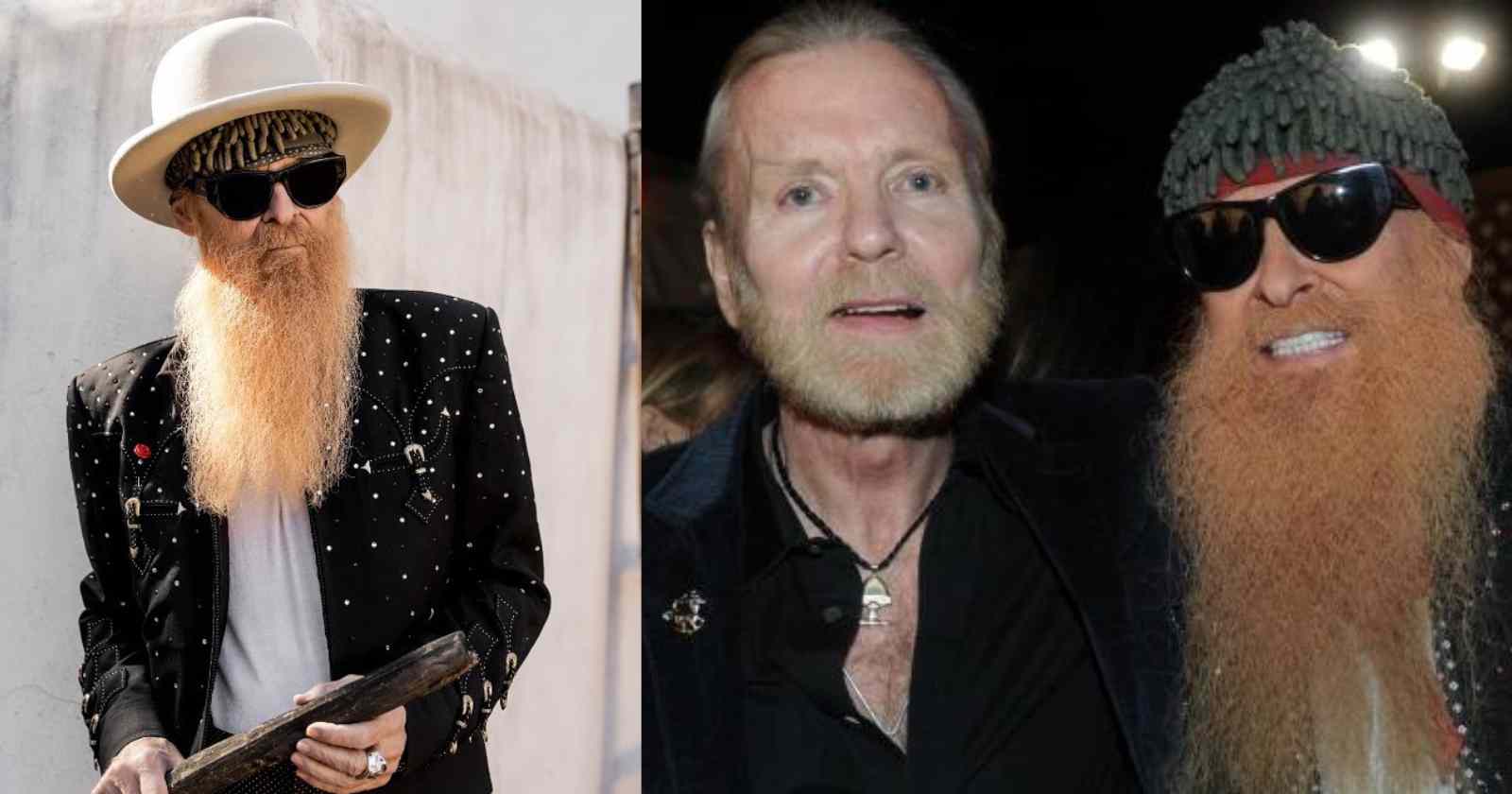 ‘The ZZ Top co-founder, guitarist and vocalist Billy Gibbons was born in Houston, Texas, city that gave the world many classic Blues musicians. He grew up in the 50s and 60s being lucky enough to have watched some of the most influential artists from the music genre play near where he lived.

It’s not a surprise that Gibbons ended up becoming a guitarist that first achieved fame with The Moving Sidewalks and then with ZZ Top, mixing Blues with Rock and Roll.

In 2008, Rolling Stone magazine listed the 100 best singers of all time with the help of many famous artists who voted for their poll. Billy Gibbons was one of them and between the vocalists he chose for his list, there were 4 Blues singers. Rock and Roll selected what the musician said about those vocalists over the years and his connection with some of them.

The singer and multi-instrumentalist Gregg Allman is one of the Blues singers that Gibbons named as one of the best in history. He was one of the founders of the famous Blues Rock band Allman Brothers Band in 1969. Over the decades the group went through many line-up changes, including the tragic loss of Gregg’s brother, the praised guitarist Duane Allman at the age of 24 in a motorcycle accident.

Gregg led the group over the decades and also mantained a solo career until 2017 when he died at the age of 69, victim of cancer.

After the musician’s passing, Billy Gibbons talked with Rolling Stone about his friend and praised his skills.

“The sudden passing of Gregg Allman leaves us at a loss. Yet, at the same time, we stand alongside the millions thankful that Gregg was in our lives. Gregg was, of course, a brilliant and intuitive player with a depth of soul reflected in his works in a truly moving manner.”

“Brother Gregg was generous with his talent, his spirit and, of course, his great voice. We were fortunate enough to have been touched by him and those moments remain treasured encounters. Some truly positive, uplifting experiences. Gregg will be remembered as someone who made a big difference in the lives of many and whose sonic legacy continues that memorable course.”

Gibbons was lucky enough to have played live with the Allman Brothers on some occasions over the years. Some of their most famous tracks written by Gregg were “Whipping Post”, “Melissa” and “Midnight Rider”.

Howlin’ Wolf, the classic Blues singer from Chicago is another one that Gibbons consider to be one of the greatest. The ZZ Top musician had the luck during his childhood to have been able to see Wolf performing live. He talked in an interview with Smashing interviews in 2013, about how that experience affected in as a musician.

“We got to see B.B. King, Jimmy Reed, Howlin’ Wolf and another great Houston guitarist by the name of Albert Collins. So I suspect this was a big part of what began shaping the kind of sounds I really enjoyed hearing.”

A few years later when ZZ Top already existed they had the chance to play on the same night as Wolf. Gibbons also covered Howlin Wolf’s song “Rollin’ and Tumblin’” on his 2018 solo album “Big Bad Blues”.

Howlin’ Wolf died in 1976 at the age of 65, from a combination of tumor, heart failure and a kidney disease.

Another classic Blues singer that Gibbons said it is one of the best in history is B.B. King. Gibbons also had the pleasure to meet and be advised by him when he was still a member of the Moving Sidewalks in the late 60s.

Talking with Sweetwater in 2020, the ZZ Top frontman recalled that King gave him a tip about the strings he used on his guitar. “Early on, I’ve got the privilege of sharing a dressing room with BB King. He said, ‘Hey, do you mind if I have a few strums on your guitar?’ Well, at the time, I was thinking to get the big, bad, loud sounds from the blues guys. You had to have super heavy strings, and it just took one or two strums. So BB looked at me kind of quizzically and he said, ‘Why are you working so hard?’”

“‘Well,’ I said, ‘What exactly does that mean?’ He said, ‘Well, these strings are so heavy.’ I said, ‘Well, isn’t that what you need to get the big, bad sound?’ He said, ‘No, back in the day, when there was only one set of strings available, the Black Diamond, one gauge, we used to do a trick. So we used to have to throw away the big E string. (Then) move everything down one. Then borrow a banjo string to make a light gauge set,’” Billy Gibbons said.

B.B. King died at the age of 89 back in 2015. He had a vascular dementia caused by a series of small strokes.

Bobby Bland, also know as Bobby “Blue” Bland was also mentioned by Gibbons as one of the best Blues vocalists.

He recalled in a conversation with Blues Blast Magazine in 2019, how the fact that he grew up in Houston, Texas exposed him to many amazing artists, including Bobby.

“Coming up in Houston presented a grand exposure to some of the greats. B.B. King, Bobby Bland, Lightnin’ Hopkins, Jimmy Reed. When you hear those guys, you know they were advanced, almost other worldly,” Billy Gibbons said.

The musician was asked by Classic Rock in 2016 to choose his favorite Blues artist, song and guitar riff. He picked Wayne Bennett’s solo on the Bobby Bland recording of “Stormy Monday Blues”. “You can only hear it on the LP version, ‘Here’s The Man on Duke’. So start the search for some vintage vinyl. It’s the definitive blues guitar solo,” Billy Gibbons said.

The Bobby “Blue” Band was inducted into the Rock and Roll Hall Of Fame in 1992 by B.B. King. In his speech, King praised Bobby. “!To me, there is no better singer to sing any kind of song,” King said.