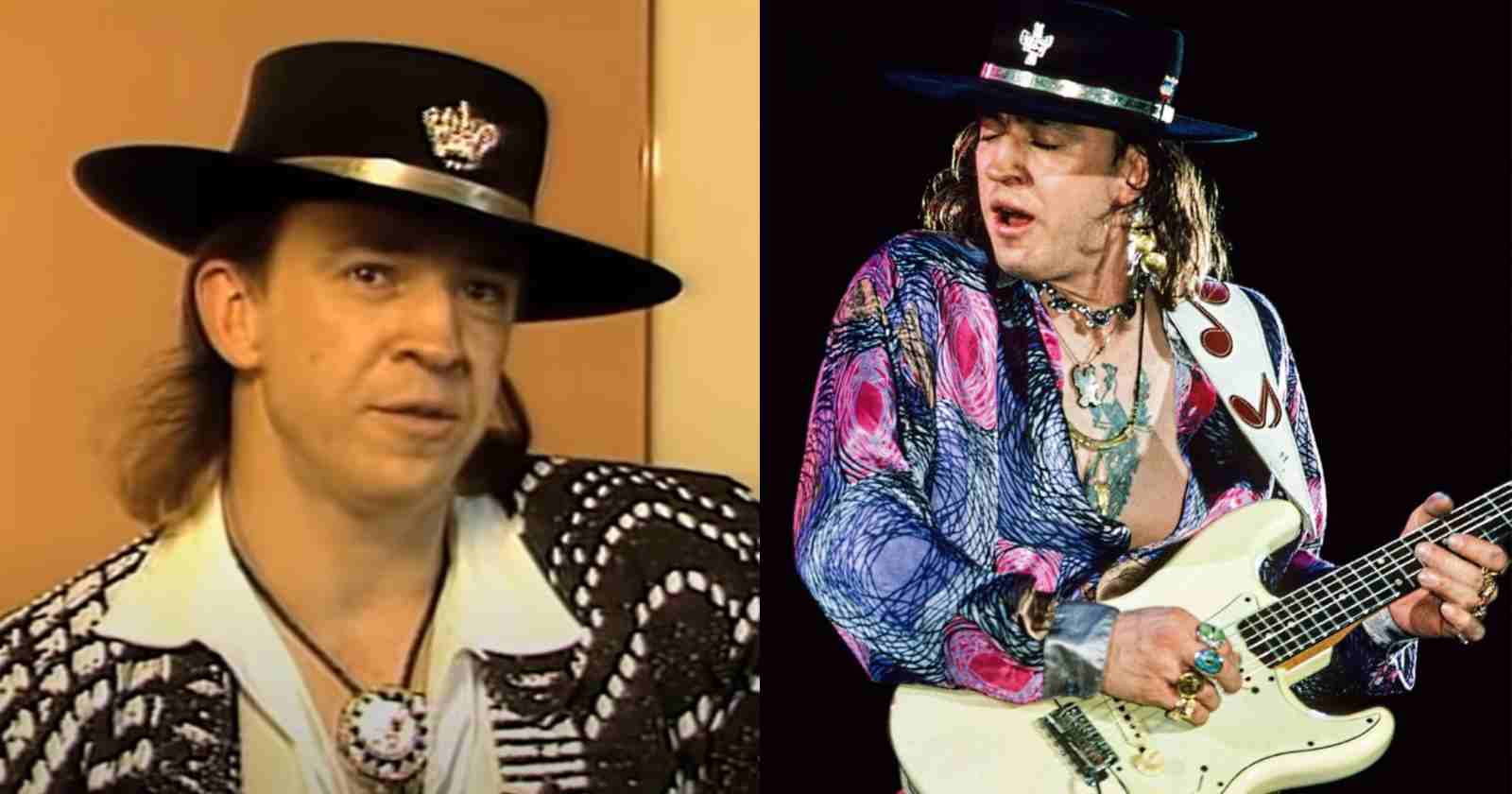 One of the most praised Blues guitarists of all time, Stevie Ray Vaughan helped to revive the music genre back in the 80s releasing successful albums like “Texas Flood” (1983), “Couldn’t Stand the Weather” (1984). His career was sadly cut short in 1990 when he died in a helicopter crash at the age of 35.

During his years in the music business he not only had the chance to play and watch all the living legends of the Blues but he also saw many other players that dind’t had at the time the recognition that they deserve. In an interview with Michael Corcoran back in 1989, Stevie Ray Vaughan listed 5 Blues guitarists that were underrated in his opinion. Rock and Roll Garage selected what Vaughan said about them over the years and his connection with some of them

“Denny Freeman. I know he’s got some recognition lately. But he’s still underrated. He’s just incredible. I guess the main thing I learned from him was how to really play rhythm. But he’s also a great example of a player who has a thread that runs through his solos. He’s always thinking ahead when he’s playing,” Stevie Ray Vaughan told Michael Corcoran.

Born in Austin, Texas back in 1944, Denny Freeman curiously started his career as co-lead guitarist in the Cobras, band that also had Vaughan as the guitar player. He also co-wrote “BaBoom (Mama Said)” with Jimmie and Stevie Vaughan for the Vaughan Brothers’ “Family Style” album. In an interview with Blues Gr back in 2011, Freeman talked about SRV, saying: “He was very sweet, funny. Was my friend. I miss him a lot.”

Even though he was primarly known as a guitar player, Freeman also played piano and electronic organ on his records and live shows.

Doyle Bramhall II is an American guitarist son of the songwriter and drummer Doyle Bramhall. He is known for his work with Eric Clapton and Roger Waters.

“He’ll pull it out of a hat and just scare you. Some of the things that I wish I could play the way I want to, he’ll just pull ’em out. His style is kinda like the best parts of Johnny ‘Guitar’ Watson. It could be only a couple notes. But it’s the timing that just gets you,” Stevie Ray Vaughan told Michael Corcoran.

Since Bramhall’s father was a huge friend of the Vaughan brothers he met Stevie long before he achieved fame as he recalled in an interview with My Global Mind back in 2019. “For me, when Stevie Ray Vaughan who was always just Stevie to me. When he became a really big and iconic artist that he became, it was just such a different thing because a year before he made it, so to speak, he was staying with his band in my step grandmother’s house.”

“All just sleeping on the floor and just hanging out. So he was just our buddy. It was pretty amazing to see the transition from that into what he would become one of the most iconic blues guitarist of all times,” Doyle Bramhall II said.

When Bramhall was 18, he toured with Jimmie Vaughan’s band the Fabulous Thunderbirds and released his first solo album “Doyle Bramhall II” in 1996.

The only guitarist listed by Stevie Ray Vaughan that wasn’t originally a Blues player, Kenny Burrell is a renowned Jazz musician. One of his most notable collaborations was with Jimmy Smith that resulted in the 1965 Billboard Top Twenty Hit Verve album “Organ Grinde Swing”.

During the interview with Michael Corcoran, Stevie Ray Vaughan talked about Burrell, saying: “I saw Kenny Burrell a couple years ago and he just killed me. I don’t think I can play jazz. I can play jazz-y, but I don’t really know enough about it to take off.”

Besides a musician, Burrell also became the professor and director of Jazz Studies at the UCLA Herb Alpert School Of Music.

Another guitarist born in Texas, Hosea Hargrove was often called the godfather of Austin Blues. Even though he never achieved commercial success, his local influence was significant as Austin American-Statesman newspaper pointed when the musician died at the age of 86 back in 2018.

He performed locally for five decades and was an inspiration for local musicians. Due to his contribution to music he was inducted into the Austin Music Awards Hall of Fame back in 2009.

Born in Shreveport, Louisiana back in 1934, U.P. Wilson was know for his Texas Blues sound but his touring and recording career started when he was much older. By the late 60s onwards he worked as a school janitor during the day and peformed as a sideman at local clubs. It was only in the late 80s that he begun to do solo albums and tour around Texas.

The musician died in 2004 at the age of 70 in Paris, France where he live. During the last decade of his life he toured the European Blues circuit and across the United States.