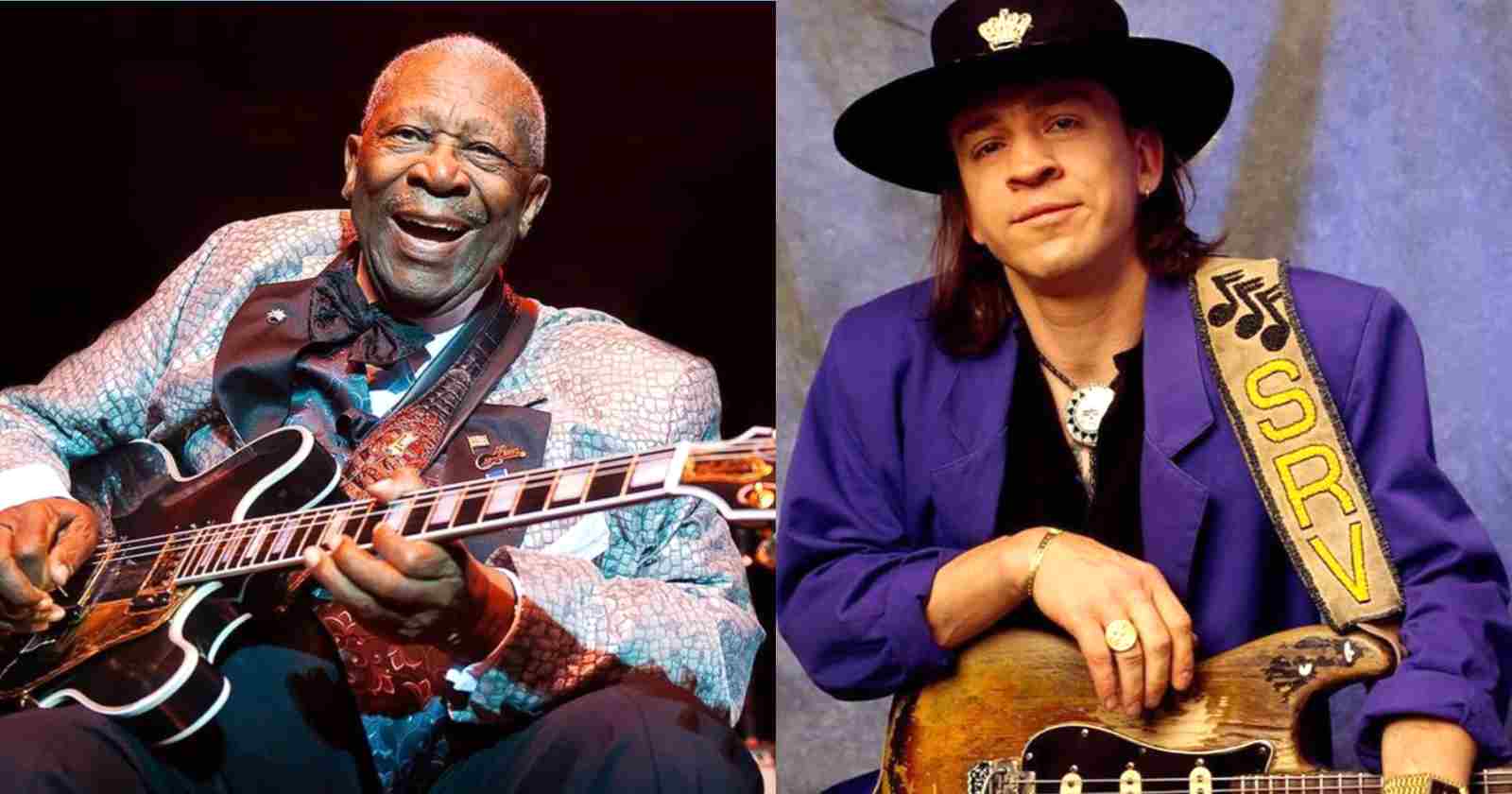 Riley Ben King or simply BB King was born in Berclair, Mississippi back in 1925 and became one of the most important Blues musicians of all time. Over the decades as a professional musician he had to chance to see many amazing musicians until his death at the age of 89 in 2015. One of these artists was the late guitarist Stevie Ray Vaughan, who brought the Blues again to the mainstream and MTV in the 80s but died too soon in a helicopter crash in 1990 at the age of 35.

What was BB King’s opinion on Stevie Ray Vaughan

In an interview for the TV special “A Tribute to Stevie Ray Vaughan“, released in 1996 (Transcribed by Rock and Roll Garage), BB King praised the late guitarist and his unique technique and style, saying that: “Stevie had many ways of showing you that he had not only talent but he had the feel for playing Blues. His hands seemed to be flawless the way he moved with it.”

“When I play, I play sort of like talking, you know, syllables, you say a sentence here, a sentence there and then, I’ve to stop and think for something else to keep my conversation going. But his didn’t seem to be that at all. It was fluent, he flowed when he played. He could get something going and it was like a song and it would just go on and on. Ideas continuosly flowed, I don’t have that. There is not a lot of people that I hear that have that but Stevie had it.”

They had a father-son relationship

BB King and Stevie Ray Vaughan had like a father-son relationship as King recalled in an old interview posted by SRV Archive Youtube Channel (Transcribed by Rock and Roll Garage): “When I first met Stevie I met him with his brother and after meeting him our communication started to be more like a father-son relationship. So we were very close, very, very close. He used to come to me when he had problems, he used to call me and we talked. I loved the guy.,” BB King said.

The two musicians played together live on several ocasions.

In an interview with San Diego Tribune in 2010, BB King cited Stevie Ray when talking about Jimi Hendrix, saying: “I know that Stevie Ray Vaughan, without a doubt, listened to (Hendrix) and you can tell that most of the modern guitarists do also. You can hear him through them. I got a lot of ideas listening to him.”