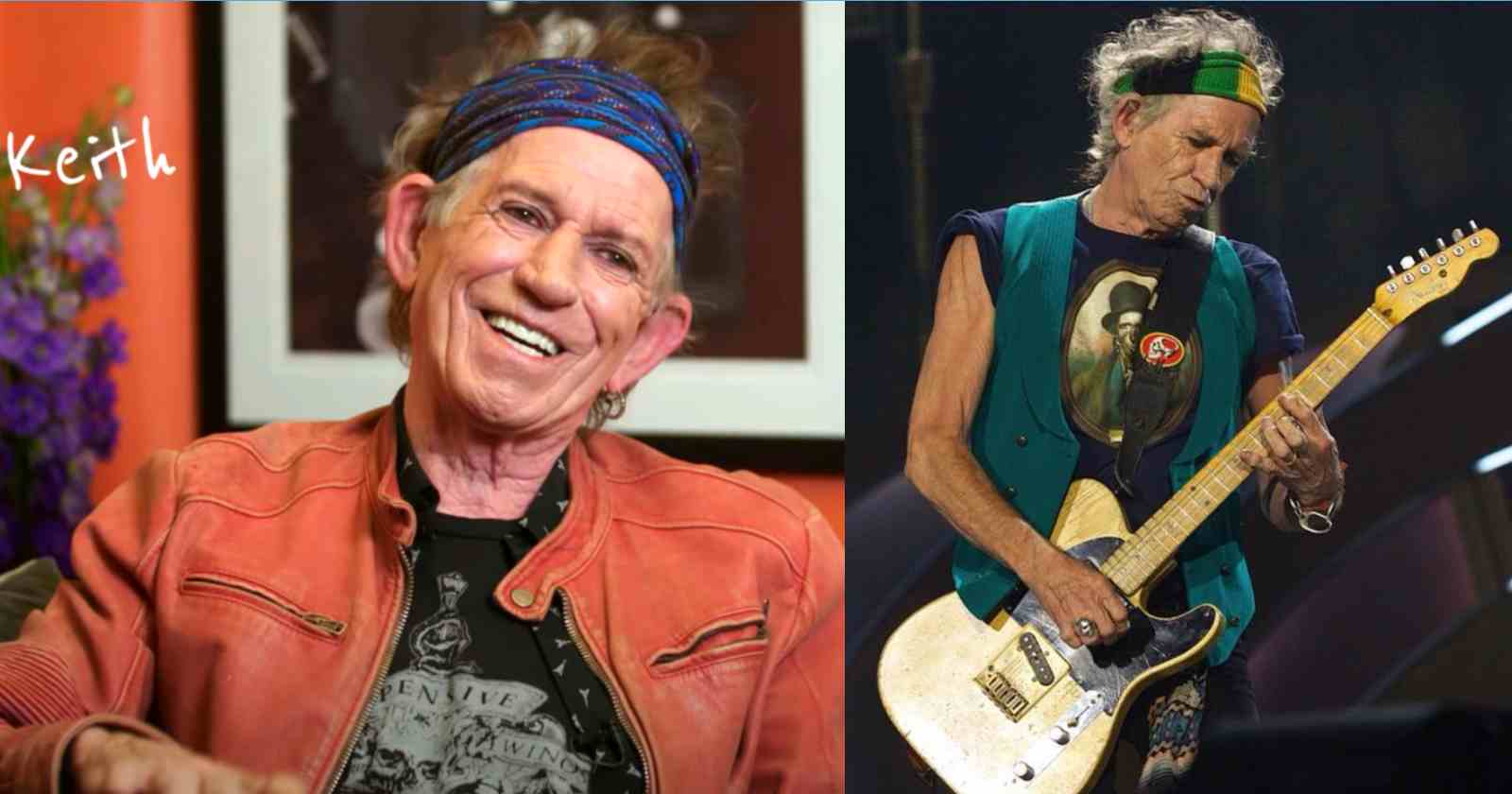 The Rolling Stones guitarist Keith Richards always revealed his real opinion about other musicians and bands, even if he doesn’t liked them. In a project called “Living Legends” that the band had with Youtube back in 2008, where Richards and Mick Jagger answered fans questions, Keith Richards listed the 4 bands that in his opinion are the best of all time and explained why (Transcribed by Rock and Roll Garage).

Keith Richards was inducted into the Rock and Roll Hall Of Fame as a member of The Rolling Stones back in 1989 by The Who’s Pete Townshend, who said in his speech: “Their musical blood runs in the veins of this band.”

“I would start personally with probably The Hillbily Cats, Elvis band. Scotty Moore (Guitar), D.J Fontana (Drums) and Bill Black (Bass). The most amazing stuff and it was very early on.”

Talking for the show Classic Albums back in 2001 (Transcribed by Rock and Roll Garage), Keith Richards praised especially Elvis band, saying: “He hit it like a bombshell. It was like the world went from black & white to technicolor. I guess they were the first white band that anybody heard of with a good lead singer, that was sailable. They had the rhythm. The beautiful thing about Elvis was that he sort of turned everybody into everybody (and made people think) ‘maybe you can do it’.”

“I was just as interested in the band as I was in Elvis. So I just considered him to be part of it, you know, Bill Black, Scotty Moore and D.J. Because of the early ones (Elvis albums) dind’t had drums on it, this is the funny thing he is the king of Rock and Roll and some of his earlier records don’t actually have drums.”

“At the same time (as Elvis’ band) then Dave Bartholomew’s band that back up Little Richard, Fats Domino, that was a great band.”

Born in Edgard, Lousiana, United States back in 1918 Dave Bartholomew was originally a trumpeter and is mainly recalled for his partnership with Fats Domino. In the 50s they wrote together more than 40 hits for Imperial Records, including “Ain’t That a Shame”.

“The Beatles, obviously. I mean, I sort of throw them in, obvious. I’m always caught with that ‘you’re top 5 favorites’ and everything because I realize I’m gonna leave people out. The other one is The X-Pensive Winos” (Keith Richards band) (laughs).

Back in 2003 answering a fan on his website section “Ask Keith” (Transcribed by Rock and Roll Garage), Keith Richards talked about the friendship that the Stones had with the Fab Four, saying: “John was a particular good friend of mine. Stories that cannot be told (laughs). George was a lovely guy, we got Paul (a great songwriter) and Ringo, what a guy, what a steady (beat). They came to see us play, we were playing in a pub, at Station Hotel in Richmond, that was our gig.”

“It was the only one we really had and everybody was having a good time and I turn around and there is these four guys in black leather overcoats standing there, this was soon after ‘Love Me Do’. I mean this was really early on and this is early 60s. From then on we’re always good mates. When George’s new single (was ready) we always made sure we didn’t clash because in those days was like every two months you had to have a new single.”

“We would collaborate with each other. So we didn’t go head to head, because otherwise it seemed like ‘you’re either Beatles or Stones’, bullshit. And we are so similar, that’s not true. We all recognized that and it was one of the great things about it. I mean, between the two bands there was never any sense of competition, was coperation,” Keith Richards said.

“I always liked Steve Marriott, very much from the English point of view. You know, The Small Faces and then he had Humble Pie. I’m not gonna say like Led Zeppelin, The Who, Black Sabbath, I would only be lying, not my favorites. They are all good, I know them, they are all good players and everything, but as a band no.”

In an 1983 interview reported by Best Classic Bands, the late Steve Marriott said that Keith Moon loved him, when revealing who were some of the people that he talked with often: “The only people I keep in touch with are Keith Richards and people like that, ’cause they’re the only people I want to talk to.”

“He loves me. He’s always been on my side. He got me out of the hole. So he’ll be around whatever happens (His upcoming album at the time). Whether he plays guitar, whether he pushes knobs, who cares? I’ll write on the back of the album in big black letters, “Thank you, Keith, for bailing me out!” My manager Moe says to me, “Ring Keith, ring Keith!” and I said, “Fuck it—for once in my life I’d like to ring Keith and just go, ‘How are you?’ instead of, ‘Keith help me do this, Keith help me do that.’”