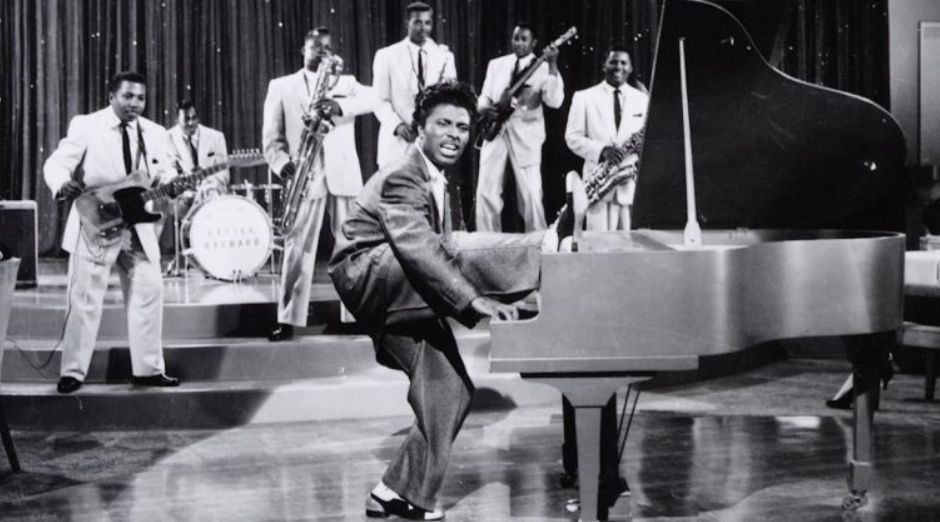 One of the godfathers of Rock music, Little Richard died at 87 in May 9, 2020. The death was revealed by his son Danny Jones Penniman. So, to honor this amazing musician that was responsible to inspire an entire generation of rock and roll bands here’s a list of 5 amazing songs to honor Little Richard’s legacy.

Tutti Frutti was recorded in 1955 and is his greatest commercial success. With the opening “Womp-bomp-a-loom-op-a-womp-bam-boom” (the sound of the drums, as Richard had imagined) and the energetic lyrics, the song became a model not only for the artist but also for Rock and roll in general.

In 2007, a select group of artists placed “Tutti Frutti” in 1st place in the list of “100 Greatest Recordings that Changed the World“, in a vote organized by Mojo magazine. It is considered the “sound of the birth of Rock and roll”

“Long Tall Sally” is a rock and roll song written by Robert Blackwell, Enotris Johnson and by Little Richard on his 1957 album Here’s Little Richard. It became one of the singer’s best-known hits and has become a rock and roll standard covered by hundreds of artists. For instance, Elvis Presley and the Beatles.

“Slippin ‘and Slidin” was released as B-Side of the Long Tall Sally compact. After that, in the following year, it would be included on the singer’s debut album: Here’s Little Richard. In addition, musicians like Buddy Holly, Johnny Winter, Otis Redding and John Lennon covered the song.

The single released in 1957 reached number one on the Billboard R&B chart, 21 on the US pop chart. First pressings of Specialty 78rpm credit Collins as the sole writer. Little Richard bought half of the song’s rights while Collins was in Louisiana State Penitentiary.

“Good Goly Miss Molly” is one of the singer’s most famous ones. it is on the 94th position on the Rolling Stone magazine’s list of the 500 Greatest Songs of All Time.

Little Richard, one of the biggest stars in rock history, died at the age of 87. The information was confirmed in May 9, 2020 by the musician’s son, Danny Penniman, to Rolling Stone magazine.

In his childhood in Georgia, Little Richard grew up listening to rapturous gospel singers in black churches and this influenced his singing. He also learned to play the piano in his teens, an instrument that would help him to become a rockstar.