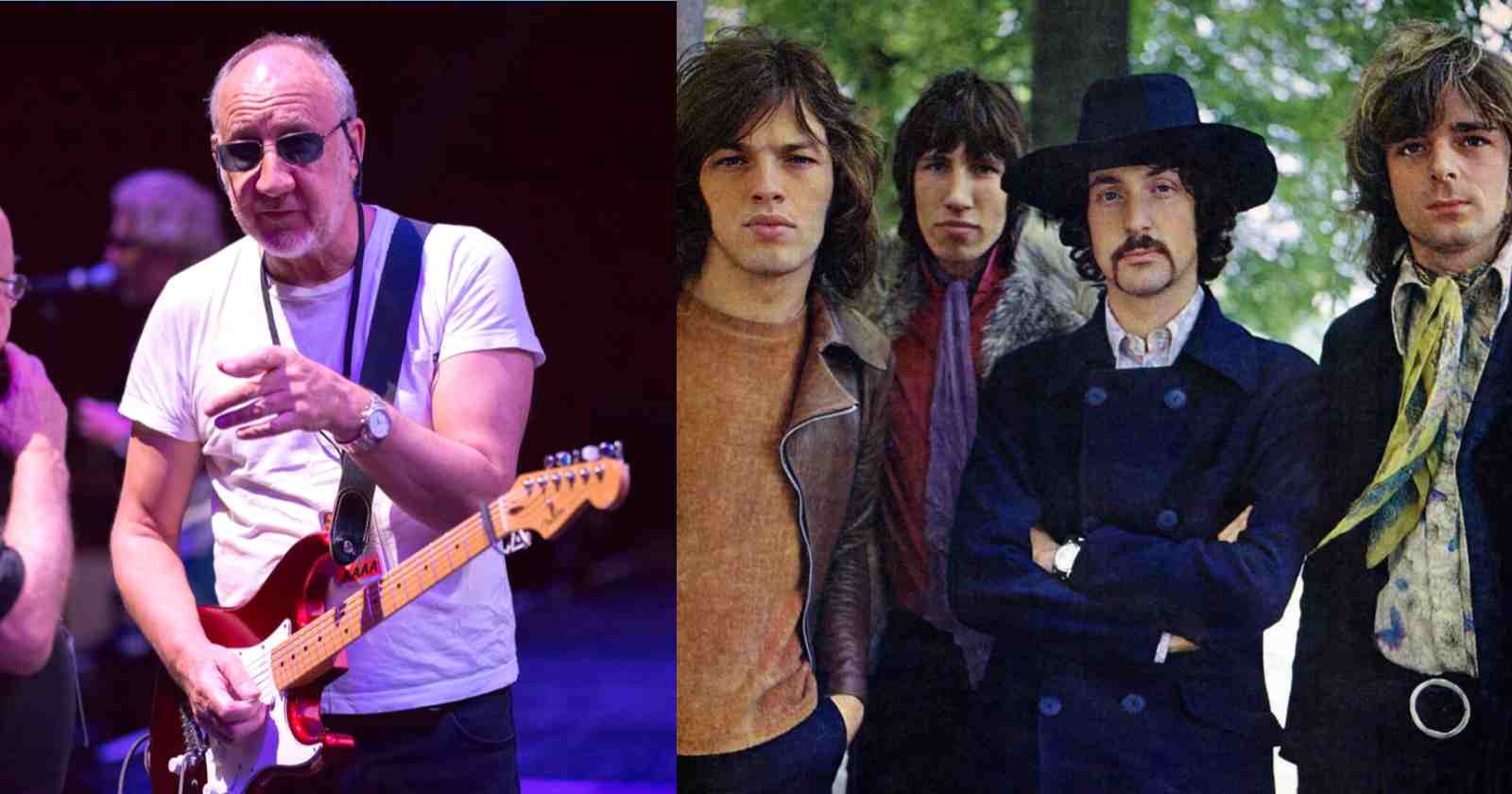 Since 1964, when The Who was formed, the guitarist Pete Townshend became an influence to musicians and songwriters worldwide. In more than 50 years on the road and in the studio, he witnessed many changes in music and one of them was the begining of Progressive Rock. One of the bands that he had the chance to see since the early days was Pink Floyd, that with albums like “Dark Side Of The Moon” (1973) and “The Wall (1979) became one of the best-selling groups of all time. Over the decades he talked in interviews about the band and gave his opinion on their music and live concerts.

What is Pete Townshend’s opinion on Pink Floyd

The Who guitarist and main lyricist Pete Townshend was the responsible to induct Pink Floyd into the UK Music Hall of Fame in 2005 and during his speech (Transcribed by Rock and Roll Garage) he gave his opinion on the band and recalled their live shows, saying: “I first saw Pink Floyd during the Christmas break in 1966 at the UFO club in London, it was a great club. Syd Barrett was on guitar at the time, astonishing, the whole band were wonderful, just wonderful. Roger had the most extraordinary impressive presence and their sound were swriling, cosmic and enveloping.”

“But you could dance to them and that was quite a big thing in the psychedelic era because you had to dance like this (Townshend’s makes a funny dance move). A Pink Floyd gig is the only reason that I ever missed a Who show, period. Apart from car crashes or serious ilness. January the 20th, 1967 I skipped a Who gig in Morecambe to take the famous Eric Clapton to see this guy Syd Barrett play guitar with Pink Floyd and on another occasion I went all the way to Los Angeles to take Nic(olas) Roeg, the film-director to see The Wall, in February 1980.”

“Nicolas had (then) gone back to London and then I took his wife, the very glamorous actress Theresa Russell, it’s one of the greatest lifes of my life but Nic never forgave me. We were supposed to be working on a film at the time but that was canceled. But Nic and Theresa went on to have a happy marriage and lots of lovely children. So I didn’t interfire as much as I would have liked to.”

“This year at Live 8 I’ve watched delighted that Roger Waters was back in the band again. I mean, I never ever thought it would happen, and another wall came down, I think. The wall between Dave and the other guys in the band and Roger. Was a great, fantastic moment for all us who are friends of them all. Together again they triumph, we all agree,” Pete Townshend said.

Back in 2008, when talking with Mojo Magazine Pete Townshend gave his opinion on Pink Floyd guitarist and singer David Gilmour. The Who guitarist praised Gilmour and said that he adores him: “He’s a natural. Among players particularly British players, he’s incredibly highly rated. Adored. I’d say. He has a way of putting incredible feeling into everything he does. Technically, yes, he’s very good, but that’s not the important thing. It’s the way that he plays. He’s had real influence, and I think he’s influenced me. There’s a gracefulness, a naturalness, to the way he writes and plays,” Pete Townshend said.

David Gilmour recalled wrote two songs with Pete Townshend back in the 80’s that ended up in being released on Townshend’s solo career albums.