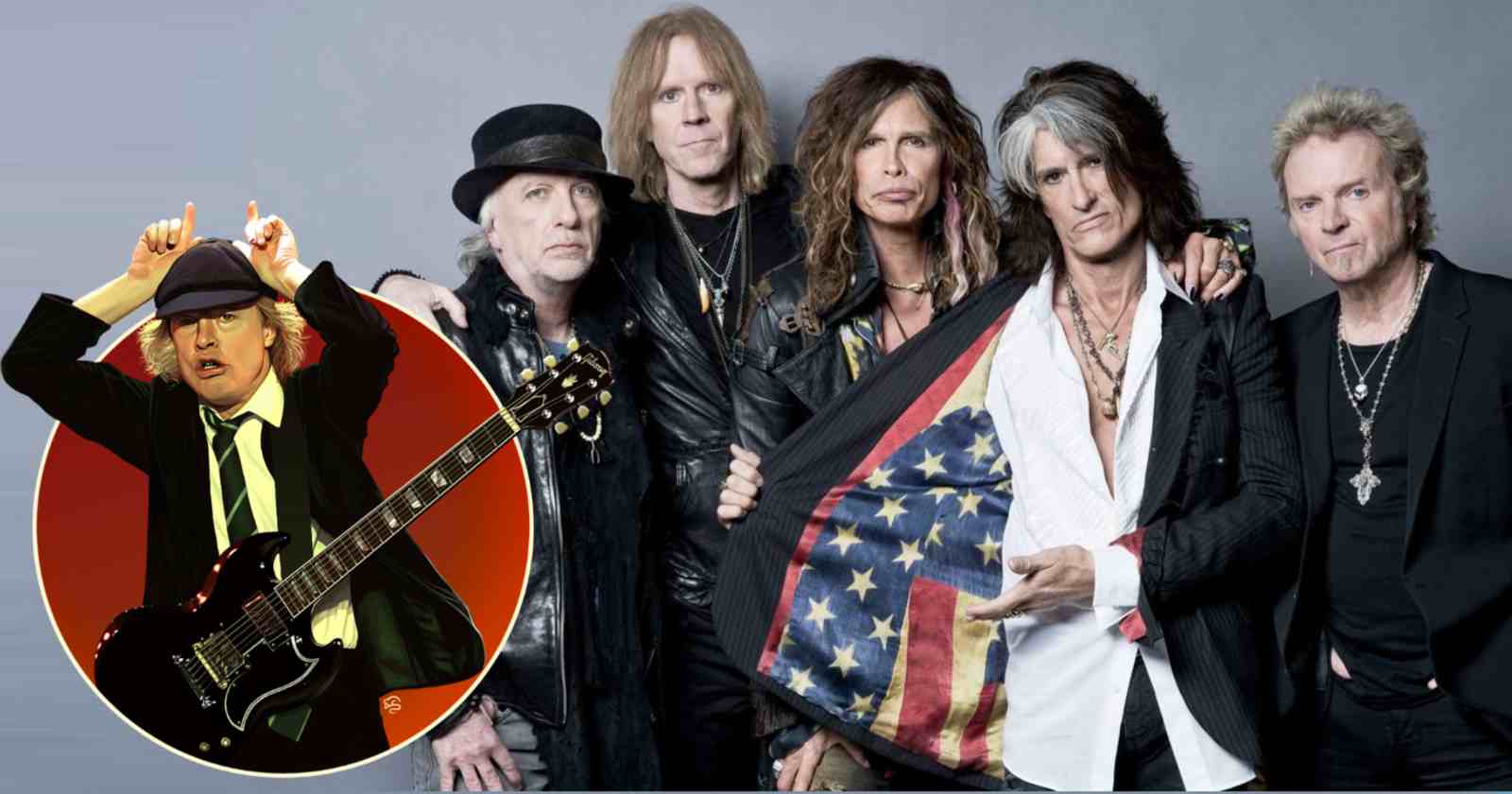 Formed in Boston back in 1970, Aerosmith became one of the biggest Hard Rock bands in history and over the decades they had many opening acts before their concerts. In an interview with Examiner back in 2014, guitarist Joe Perry named the 2 groups that in his opinion were the two best opening shows that Aerosmith had.

“AC/DC….Without a doubt. Guns N’ Roses was really good. But they were kind of—I could see them as being more of an extension of the kind of style of rock and roll that we were doing. But AC/DC had taken it and boiled it down to the real basic, no-questions-asked hard rock, and when Bon Scott got out there and started singing, you believed every word he said. And they were a bunch of little guys from Australia who had this incredibly huge sound. You just knew that they were going to be at the top of the charts in a really short time. I used to go down and watch them play all the time. I mean, they were incredible. And I still thing they’re one of the best bands in the world.”

In an interview with Classic Rock in 2021, Joe Perry shared his love for the band, specially for the album “Powerage” and recalled that he first saw the Australian group when they opened for Aerosmith during the “Draw The Line” tour back in 1977: “I was absolutely blown away the first time I saw them, and I’ve been a really big fan ever since. Even if you hadn’t heard their songs before, when you saw them live they had everybody on their feet, including me.”

“They didn’t need any production, they didn’t need any lights, they just needed their guitars, their amps and plenty of watts. And they’d destroy the place. They were pretty mellow guys off-stage, but once they stepped onstage, they were on fire. They’re rock’n’roll at its best, the real deal.”

Aerosmith bassist Tom Hamilton was another member of the group that was really impressed with AC/DC when their were Aerosmith’s opening act as he recalled in an interview with Steve Newton originally published in The George Straight back in 1994: “You know, we had no idea who they were, but we’d just be in the dressing room getting ready and we’d hear this incredible beat coming through the wall. It started out with people saying, ‘Wow, have you heard the opening act? I think they might be good.’ Then it was like, ‘Wow, those guys really cook!’ And finally it’s like, ‘Those guys are fuckin’ great!’ The next thing we know, our accountant took off and became their manager, and the rest is history.”

Aerosmith vocalist Steven Tyler was the one who inducted AC/DC into the Rock and Roll Hall of Fame back in 2003 and he said in his speech that they are “the ultimate middle finger aimed at the establishment”.

During most part the “Permanent Vacation” tour that happened from 1987 to 1988, Aerosmith had Guns N’ Roses as their opening act. By then, Axl Rose and company had released only they famous debut album “Appetite for Destruction” that had hits like “Sweet Child O’ Mine”, “Welcome to The Jungle” and “Paradise City”. It was Aerosmith’s first tour after the band completed the drug rehabilitation and they asked to Guns N’ Roses not take drugs in fron of them so they wouldn’t relapse.

In their second studio album “GN’R Lies” from 1988, Guns N’ Roses covered Aerosmith’s classic song “Mama Kin”< originally released in their self-titled debut album back in 1973. Steven Tyler and Joe Perry played the song with Axl, Slash and Duff in a Guns N’ Roses concert in Paris, France back in 1992.

Aerosmith’s Joe Perry was a huge inspiration for guitarist Slash as he recalled in an interview with Guitar.com back 2019: “He was a huge influence on me. In fact, it was Aerosmith that inspired me to start playing guitar in the first place… Hell, they even distracted me from the hottest chick in my junior high! I’d finally gotten over at her place after chasing her for months and she put Rocks on. It was the first time I’d ever heard it and I totally forgot about her. I ignored her completely and just kept playing the album over and over. She eventually walked out of the room and I split. That’s how much of an impact Aerosmith had on me.”