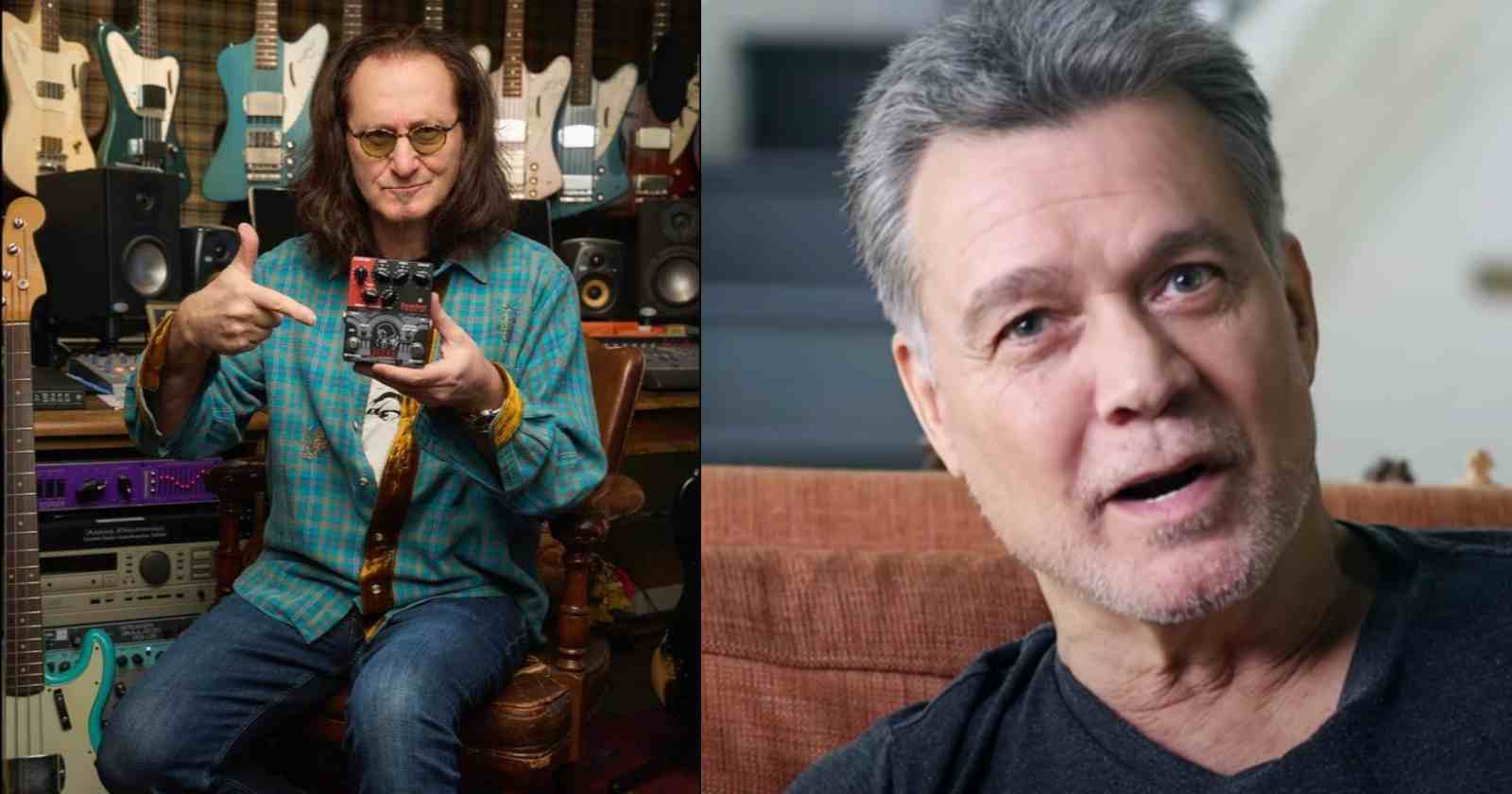 Van Halen and Rush are two of the biggest Hard Rock bands of all time, their sound was very different but they crossed paths sometimes over the decades on the road and as singer David Lee Roth once recalled in an interview with Creem Magazine, they didn’t end so well. The two stories happened in 1980 and 1981 according to the American vocalist.

At that time, both bands were already very famous since they had already released some of their most successful albums.

The musician said that back in 1980, the two bands were coincidentally at the same hotel in England and there was a confusion when Eddie Van Halen dropped his beer in Geddy Lee‘s tape recorder.

“We gonna go back in time now. Back a year’s time to Leicester, England. You’re gonna have to look that up. It’s spelled with an ‘ie’ or something. We’d just finished playing: great show, everybody’s very up it was Michael’s (bassist Anthony) birthday. We’d come back to the bar and Rush was staying at the same hotel. And as it turns out later – they’d rented the bar with all the booze in it.”

“And our guys didn’t know that and they came in and said, ‘What,free booze?! Whoa!!’ And they cleaned the place out, which put their guys on edge a little bit. And Edward was sitting at the table with Geddy Lee. They’d both been drinking a little bit, and Geddy was playing some Rush tapes on a tape recorder.”

The Van Halen frontman continued recalling that some of the crew and musicians were finally allowed to enter the place. But after the concert, one of the security guys from the American band was confused when he saw Geddy Lee shaking Eddie Van Halen’s hand.

“As it turns out, a lot of our truckers. We’ve got five or six trucks, gotta have people to driv’em they know other truckers and they know the guys in Rush. They say, ‘Hey c’mon over. Have a beer and a buzz, you’re welcome at our show anytime, and so on. So late word goes out: some Van Halen people – some – will be allowed into the show. And they’ve got some great guys working for them. So the show goes on and everything.”

“We jump ahead now. After the show, we’re sitting in this casino. There’s tables filled with Van Halen people – there’s 47 or 50 of us on the road now. And Geddy feels one way or another and comes up to say something to Ed, and he puts up his hand to shake hands. Now one of our security guards didn’t have the vaguest idea in hell who he was and he came up and body tackled him. Ha, ha, ha. Threw him out of the table and that’s the last I saw of ’em!” David Lee Roth said.

Talking with Rolling Stone back in 2014, Geddy Lee confirmed that the first story told by David Lee Roth really happened in 1980 in Leicester, England but according to the Canadian musician it was one of the guys from Rush’s crew that had his beat box playing. “Oh, that’s an interesting memory. We were at a hotel bar in Leicester and one of the guys in our road crew had his beat box playing. And the guys in Van Halen were a little inebriated and we were on our way to getting inebriated. So I think some beer was spilt, yes,” Geddy Lee.

In the same conversation he was asked if he prefered the Van Halen era with David Lee Roth or the one with Sammy Hagar. But he answered saying: “I don’t listen to either.”

Curiously, according to the ex-Skid Row vocalist Sebastian Bach as he once tweeted, the drummer Alex Van Halen supposedly listened to Rush before every time he went to perform live.

Rush is the band that Alex Van Halen listen to before he went on stage every night but of course you know that #differentstrings https://t.co/LgMCSdjgvU

The two bands already had many albums released until 1981