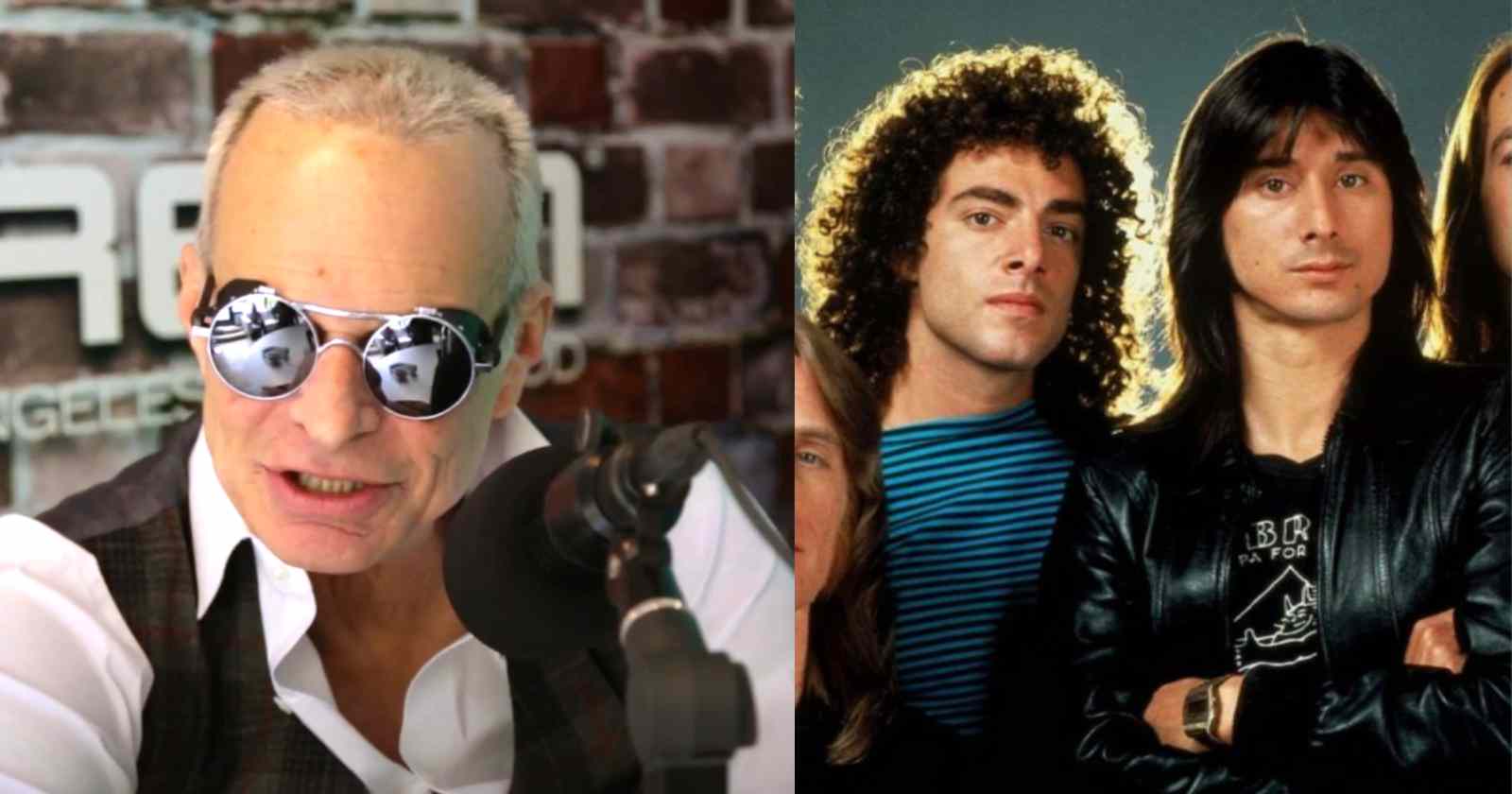 Images from Lipps Service and promo

Born in Bloomington, Indiana back in 1954, David Lee Roth first achieved fame as the vocalist of Van Halen and then started in the mid-80s a successful solo career. Over the decades the musician talked about many of his peers and in an interview with Joe Rogan back in 2019 (Transcribed by Rock and Roll Garage) he talked about the bands Toto and Journey.

Both bands are from the United States and are known for hits like “Africa”, “Hold The Line”, “Rosanna”, “Don’t Stop Believin'”, “Separate Ways” and “Any Way You Want It”.

What David Lee Roth once said about Toto and Journey

David Lee Roth talked about the difference between Van Halen with him on vocals and with Sammy Hagar and then explained that some bands can continue even when some of their most famous members leave, that according to him was the case of Toto and Journey. “Some bands are like ‘West Side Story’ where you can continually revitalize the production with different actors. But you kinda have to replicate the initial. Because I’m sure that Beethoven’s early orchestras are dead.”

“All of Sam’s (Hagar) lyrics contain love, ok? ‘Why Can’t This Be Love?’ and ‘I Ain’t Talkin’ About Love'” he continued making references to the tracks “Jump” and “Runnin’ With The Devil You know, questions and love are a great classically… That’s Sinatra. It’s all there in the lyrics, even using what are considered classic music parlor tricks, taking a very sad lyric and positioning against a very happy piece of music. The music is a Heavy Metal rumba and the lyric is ‘She’s crying’. There’s a sense of larceny in the lyric. There’s a sense of it’s music for after midnight when we’re all guilty. It’s two different folks”.

However, the musician said that depending on the personality and on how remarkable a musician is on stage, it’s possible to replace him and have almost the same amount of success. He used Toto and Journey as an example, saying: “One of my favoite freeze-dried bands in history is Toto. Well, all freeze-dried coffee looks the same (laughs) and it’s great. (Africa) is a great song, that’s Smithsonian level song, ‘Rosanna’ and so forth. Toto is amazing, any of the fellas could walk up to me and I wouldn’t recognize them. I would not recognize them. And then there are artists where you just can’t replace it.”

“Rod Stewart, probably one of the best vocalists in history of any genre, all together. That’s a no way division thing. His songs you can have other people sing them but it becomes something other. Now Journey I would recognize the guitar player. But that’s just because I’ve listened to that part of the band. But Steve Perry, who sang for Journey was not so much a personality as an eloquent sound.”

“So it’s a universal sound and if you even get close to it. It is part of every prom, every wedding, every going in and coming out party. If you’re going into the army that’s the last song the band is gonna play. You’re coming out of jail, your girlfriend is gonna play. Even Tony Soprano!”

“You can’t play a David Lee Roth song and still worry about Tony Soprano (laughs). Half of your mind is gonna go ‘Wait a minute, the Long Ranger just walked in the same dinner that Tony’s,’ David Lee Roth said.

Formed in San Francisco back in 1973 by former members of Santana, Steve Miller Band and Frumious Bandersnatch, Journey became one of the best-selling bands of all time with more than 80 million records sold worldwide. Since 1998 the band continues to tour and record without their classic and most famous singer Steve Perry.

Right now the two classic members who are part of the band are Neal Schon (Guitar) and Jonathan Cain (Keyboards).

Toto has a similar story, since their most famous vocalist Bobby Kimball was part of the band and left three times over the decades and since 2008 is not a member of the group anymore. Formed in Los Angeles back in 1977, the band is recalled for albums like “Toto” (1978) and “Toto IV” (1982).