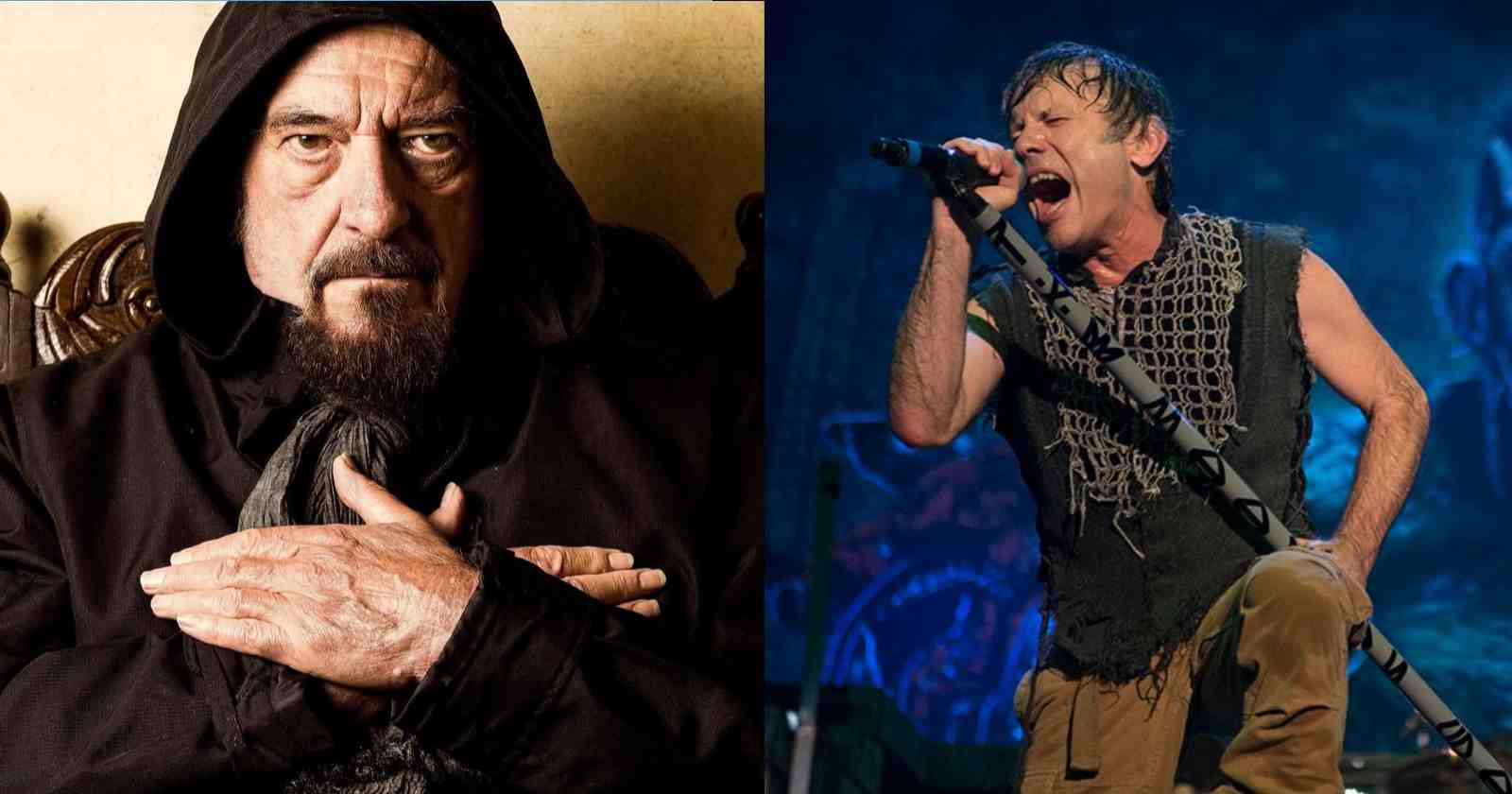 Jethro Tull leader Ian Anderson talked in an interview with The Metal Voice about Iron Maiden singer Bruce Dickinson and bassist Steve Harris that are both big fans of his work. The British Heavy Metal group even covered Tulls classic “Crossed Eye Mary”.

“I probably met Steve Harris briefly on one occasion a little bit more on another occasion, I know he is a rather shy person. He said he never wanted to push himself forward in terms of trying to meet me or talk to me. I think I got in touch with him and asked him if he would do a little throw away intro to a particular track on a live concert tour we did, in terms of being a video. A little video contribution that he offered to introduce a song.”

“I think his interest in Jethro Tull is probably based on having gone in a direction kind of beyond the performances that you would associate yourself with Iron Maiden. So the first thing Iron Maiden seemed to be linked to Jethro Tull was a song called Cross -Eyed Mary which was on the Aqualung album and they did it on an early record release. I think they did it in the same key as I did but that puts it in the impossible key for Bruce Dickinson. Bruce is a tenor and I am a baritone , a low baritone.”

“So for him to sing down here, he had to go up an octave but then he was going up really an octave which out it in a very uncomfortable high register that even as young Bruce Dickinson. He was pushing his luck singing it an octave higher, than my original vocal.”

“I don’t really know these people very well. At one occasion Bruce was a guest of mine at Canterbury Cathedral’s performance I did in 2011 and he is a great person to work with, very professional, very straightforward. Easy going guy we learnt his couple of songs and he sang on one of ours. I got an e-mail this morning from Bruce Dickinson, that he sent a couple of days ago about asking me to do some live performance project together at the end of next year.”

Jehtro Tull will release their first studio album of new material in over 18 years called ‘The Zealot Gene’ on January 28.

In an interview with Classic Rock magazine back in 2015 Steve Harris revealed that his favorite Jethro Tull album is “Thick As A Brick”: “I love Aqualung, obviously. But the one I loved the most and probably still do is Thick As A Brick. I love A Passion Play and he got a lot of stick for that. Quite rightly, he got the hump with it. I love that album, though. But at the time I thought I might be the only person in the UK that liked it. But I found a few more people over the years. It’s an acquired taste, isn’t it?”

How Tom Petty heard the news of John Lennon’s death
The funny way Van Halen, Blackmore and Gary Moore first met each other
Advertisement
To Top