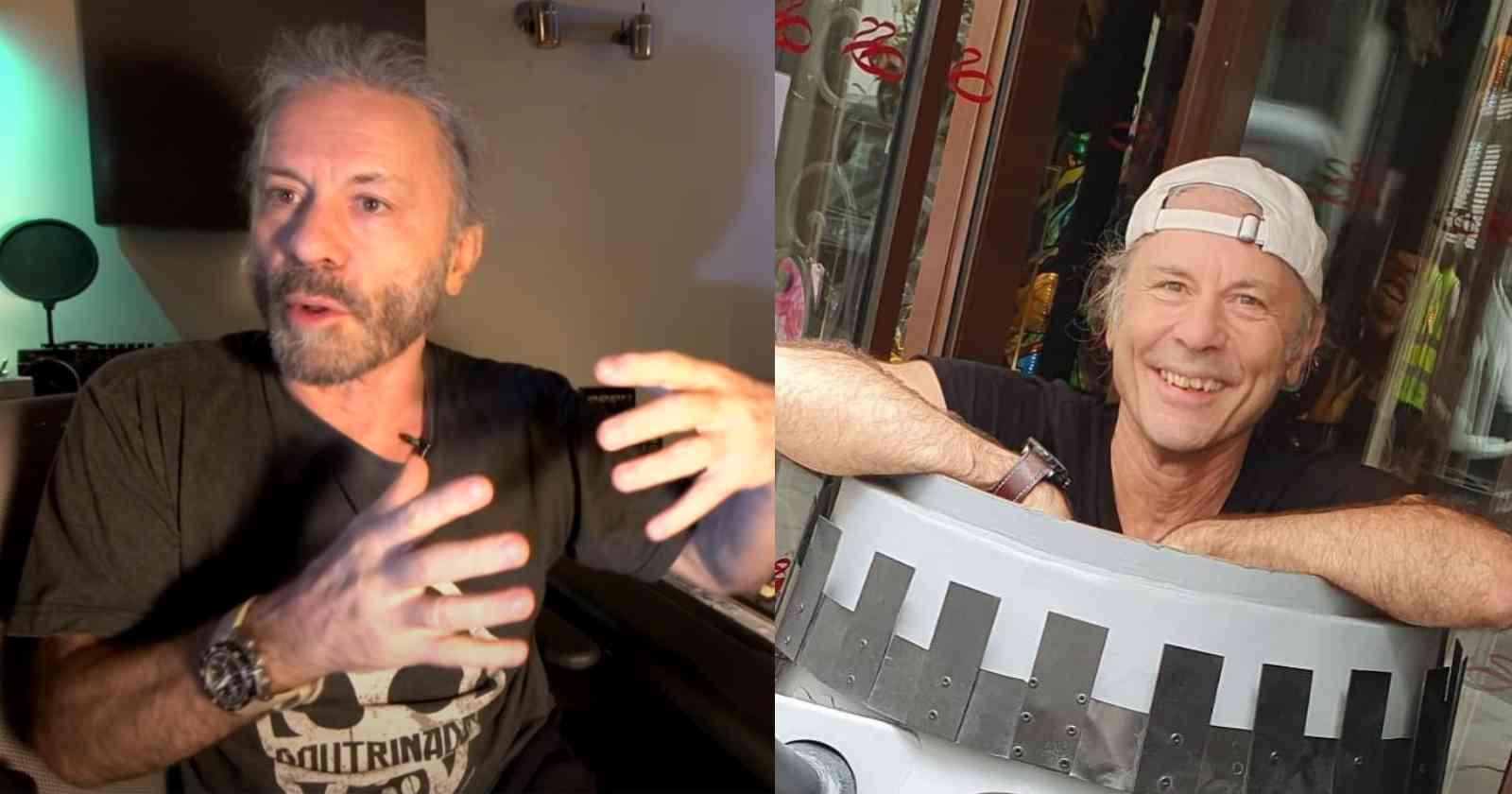 Besides being Iron Maiden vocalist, airplane pilot, author and more, Bruce Dickinson is also a science fiction fan. The singer even revealed in an chat with Metal Rules back in 2000 that he had in his house an original Dalek, an alien character of the British TV show Dr. Who. In an interview with Revolver Magazine back in 2018, Dickinson listed his 3 favorite Sci-Fi movies and explained that “they’re quite deep movies, all three. The human element and the plot are strong in all of them. Though the science element in all of them is pretty cool, too, they’re all fairly predictive of possible futures.”

Directed by legendary Robert Wise, “The Day the Earth Stood Still” was released in 1951 and told the story of an alien who lands in Washington, D.C. and tells the people of the planet that they must live peacefully or be destroyed as a danger to other planets.

57 years later, the remake with Keeanu Reeves made in 2008  failed to be acclaimed like the original version.

Directed by Fred M. Wilcox, “Forbidden Planet” tells the story of a group of austronauts that go to a planet investigate the silency of a colony, finding two survivors with a deadly secret.

Curiously the famous comedian Leslie Nielsen was one of the main characters of the movie.

Nominated to the Academy Awards in the “Best Effects, Special Effects”category. the film lost to “The Ten Commandments” that had the famous actor Charlton Heston.

A classic British Sci-Fi movie from Hammer Film Productions, “Quartermass and the Pit” was directed by Roy Ward Baker and tells the story of a mysterious artifact that is found in London and studied by famous scientist Bernard Quatermass. It is a sequel to other Hammer movies like “The Quatermass Xperiment” and “Quatermass 2”. Also like its predecessors it is based on a BBC Television serial.

In an interview with Terrorizer magazine back in 2005, Dickinson also talked about his love for Quatermass “‘Quatermass and the Pit’, a Hammer classic, is a very inspirational movie for me. Nigel Kneale is one of my big inspirations. I just watched ‘The Stone Tape’. I’ve got all the ‘Quatermass’ TV series and all the movies. But ‘Quatermass and the Pit’ for me sums up so much of Nigel Kneale’s thing about the human condition. About the need for man to survive by his own wits.”

In addition, many classic filmes inspired epic Iron Maiden songs as the main lyricist and bassist Steve Harris already revealed. Movies of the same name inspired songs like “Phantom Of the Opera”, “Where Eagles Dare” and “Aces High” are some of them.

The sequel of the classic horror movie “The Omen” inspired the band’s hit “Number Of The Beast”. Another classic, the film “Village of the Damned”, a 1960 science fiction horror inspired the song “Children Of The Damned”.

For Brian May, Freddie could have survived if he had a few months more
8 drummers that Keith Richards listed as some of his favorites
Advertisement
To Top