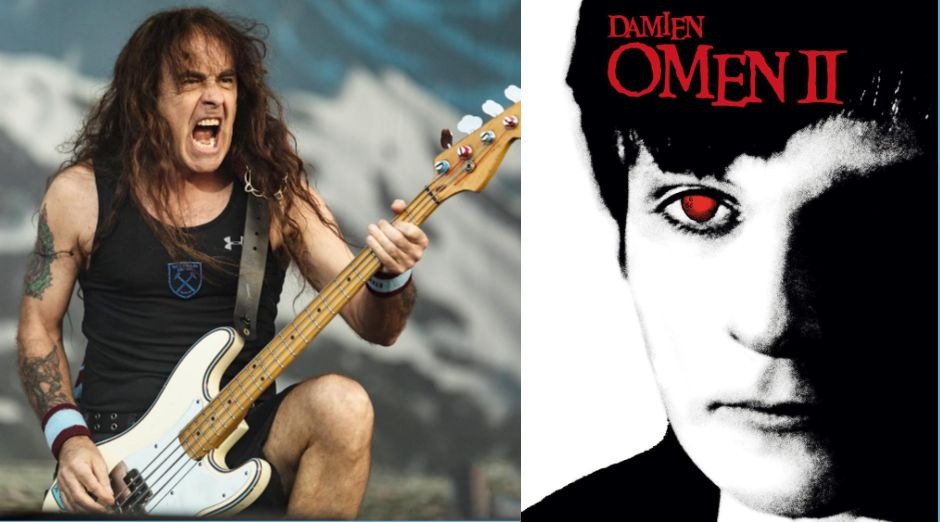 Steve Harris is the bassist, founding member and composer of many Iron Maiden classics. As a big movie fan, many of his songs were inspired by films. Many epic songs like “Phantom Of The Opera”, “Aces High” and “Number Of The Beast” wouldn’t be the same without Harris’ inspiration. Kerrang magazine selected those songs in the list you see below.

10 Iron Maiden songs written by Steve Harris that were inspired by movies:

“Phantom Of The Opera” – inspired by the eponymous horror film, released in 1962

The Phantom of the Opera is a 1962 British production by Hammer Film Productions. Directed by Terence Fisher, and by the French critic considered his masterpiece. Also Herbert Lom, known for the role of Inspector Dreyfus in the classic series The Pink Panther, plays the title character.

“Where Eagles Dare” – inspired by the film of the same name, launched in 1968

“Where Eagles Dare” is a 1968 Anglo-American war film. During the winter of 1943-44 in World War II, a military plane crashes before reaching its final destination, Crete. The only survivor is American Brigadier General George Carnaby. Who ends up being captured by German military personnel. He is taken to an almost impenetrable fortress in the Alps of southern Bavaria.

The 1976 war film “Aces High” has actors Malcolm McDowell, Peter Firth, Christopher Plummer and Simon Ward. The movie is an Anglo-French production. And is based on the 1928 play Journey’s End by R. C. Sherriff. Also with additional material from the memoir Sagittarius Rising by Cecil Lewis.

“The Number Of The Beast” – inspired by the horror film “Damien: Omen II”, released in 1978

Released in 1978, the sequel takes place seven years after the events of the original. A prologue, however, occurs chronologically a few days after the end of the first film. The devil’s child continues with his plans of conquering the world.

“Children Of The Damned” – inspired by the movie “Village of the Damned”, released in 1964

Village of the Damned is a 1960 British-American science fiction horror film by Anglo-German director Wolf Rilla. The film is adapted from the novel The Midwich Cuckoos (1957) by John Wyndham. The movies shows the village of Midwich. Where blonde-haired, glowing-eyed children of uncertain paternity prove to have frightening powers.

“The Clansman” – inspired by the movie “Braveheart”, released in 1995

Braveheart is a 1995 American film, starring and directed by Mel Gibson. In addition it received ten Oscar nominations, won in five categories. Including Best Picture and Best Direction (for Mel Gibson).

“The Loneliness Of The Long Distance Runner” – inspired by the eponymous film, released in 1962

The movie tells the story of a rebellious youth (played by Tom Courtenay) sentenced to a borstal for burgling a bakery. Who gains privileges in the institution through his prowess as a long-distance runner. During his solitary runs, reveries of important events before his incarceration lead him to re-evaluate his status.

“The Duellists” – inspired by the eponymous war movie released in 1977

The Duellists is a 1977 British historical drama film. Also is the debut of the legendary director Ridley Scott. In addition, it won the Best Debut Film award at the 1977 Cannes Film Festival. The basis of the screenplay is the Joseph Conrad short story “The Duel” published in A Set of Six.

“When The Wild Wind Blows” – inspired by the animated film of the same name, released in 1986

The 1986 British animation film “When the Wind Blows” is a 1986 is directed by Jimmy Murakami. Is based on Raymond Briggs’ comic book of the same name. The film stars the voices of John Mills and Peggy Ashcroft as the two main characters. The film accounts a rural English couple’s attempt to survive a nearby nuclear attack. And maintain a sense of normality in the subsequent fallout.

“Quest For Fire” – inspired by the French film of the same name, released in 1981

“Quest For Fire” is a 1981 French-Canadian film was directed by Jean-Jacques Annaud. With script by Gérard Brach based on the novel La Guerre du feu, by J.-H. Rosny aîné. The film is set in Paleolithic Europe. And addresses the struggle for fire control by primitive humans.

Two of the songs are among Steve Harris’ favorite Maiden basslines:

Two songs of the list are between Steve Harris favorite Iron Maiden basslines. The musician revealed the list in an interview and explained the reason why.

“Piece of Mind was Nicko’s [McBrain, drums] first record with the band. His playing is very different than Clivel. That changed the flavor of the band.”

“He didn’t write anything and we just carried on writing as we would. But we did experiment with a few things. Like the Where Eagles Dare drum pattern. I tapped that out on my legs for him. And I can’t play bloody drums to save my life.”

And about Phantom Of The Opera he revealed:

“I wrote that in the back room at me grandmother’s house. I was living with her at the time. Lucky enough for me I had me own little room there. Because the uncles and aunts all left home. I remember thinking at the time I thought I had something pretty good.”