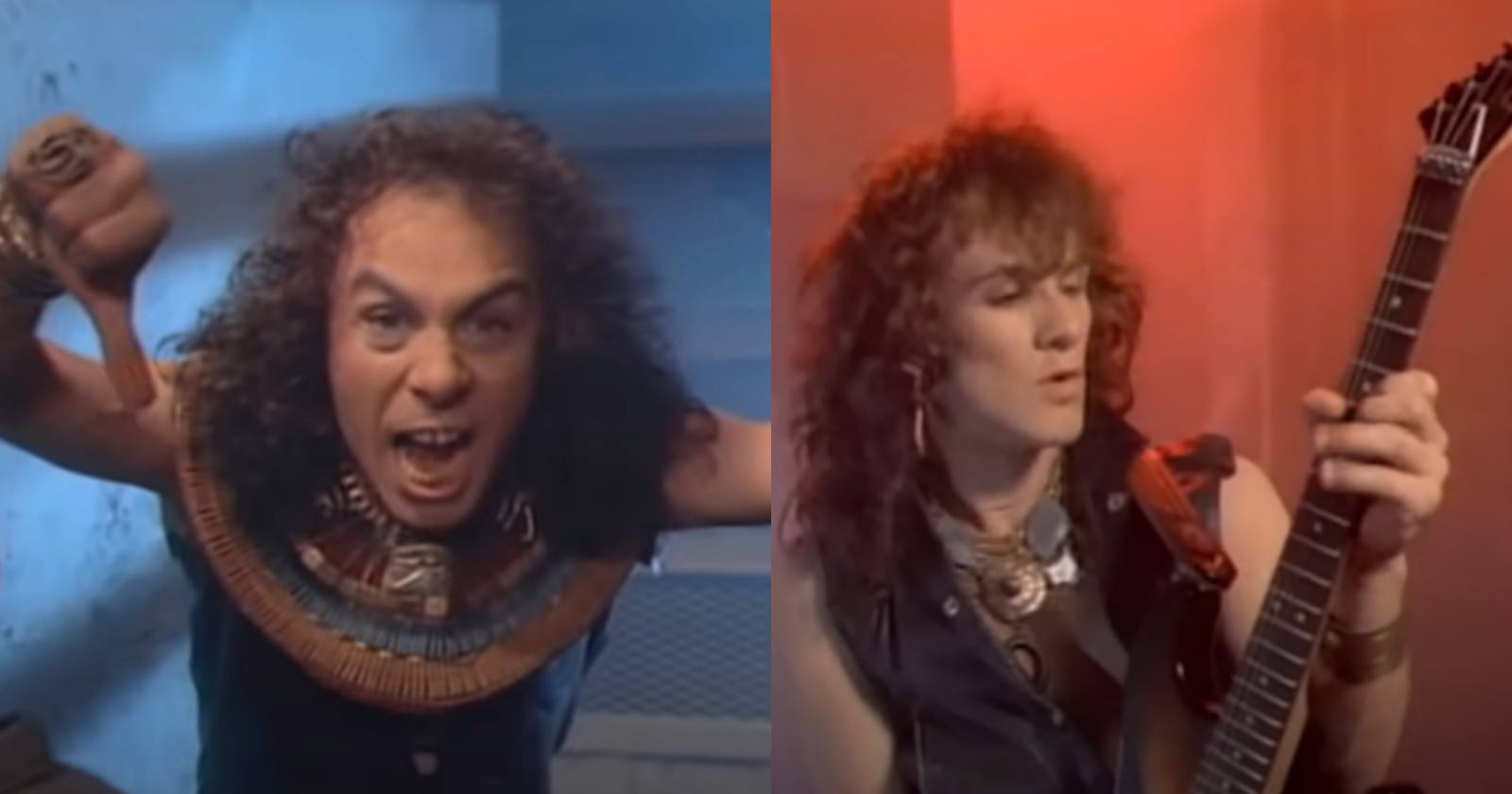 Named “Dreamers Never Die”, the first Ronnie James Dio documentary authorized by the late musicians estate will be released next September and a clip shared on Dio’s social networks shows the horror director Don Coscarelli, known for movies like “Phantasm” (1979) and “Bubba Ho–Tep” (2002), explaining how the videoclip for the classic song “Last In Line” was conceived. Coscarelli directed the video at the time and it was constantly played on MTV.

The song is the title-track of Dio’s 1984 album that also had other famous songs like “We Rock”, One Night In The City” and “Evil Eyes”. At the time, Dio also had the guitarist Vivian Campbell, bassist Jimmy Bain, drummer Vinny Appice and keyboardist Claude Schnell.

How the idea for Dio’s “Last In Line” music video was conceived according to Don Coscarelli:

Don Coscarelli recalled how the idea for the video was conceived, saying (Transcribed by Rock and Roll Garage): “I’ve got this mysterious phone call from these producers that wanted me to come over to Warner Brothers. They told me that they had great success with ‘Holy Diver’ and they wanted to do something epic to launch ‘Last In Line’. So the Warnet Brothers executive popped a cassette in and I go ‘Oh this is kinda cool’. Then there is this moment in that song where ‘We are coming…’ and then Ronnie uncorks his amazing voice. I’m not gonna even try to imitate it. You know, a chill goes down my spine. I thought: ‘Okay, there could be a video of this song’. Jeff (executive) pitched me and idea. He wanted to have a video about teenagers in hell.”

“So the studio wanted to do a video about teenagers in hell. Ronnie had a much more philosophic take on it. He basically told me: ‘Well, from birth to death we’re all in a line. Imagine if you’re the last in line. So I basically came up with this slightly wonky idea which is about a normal teenager kid. He is going around, he’s got his delivery and he goes into the elevator. He pushes the button and I kind of took the ‘Wizard Of Oz’ motif of being swept up in a tornado and inverted it. I’ve got the teenagers in hell, I’ve got the line and Murray in the distance (Dio’s mascot),” Don Coscarelli said.