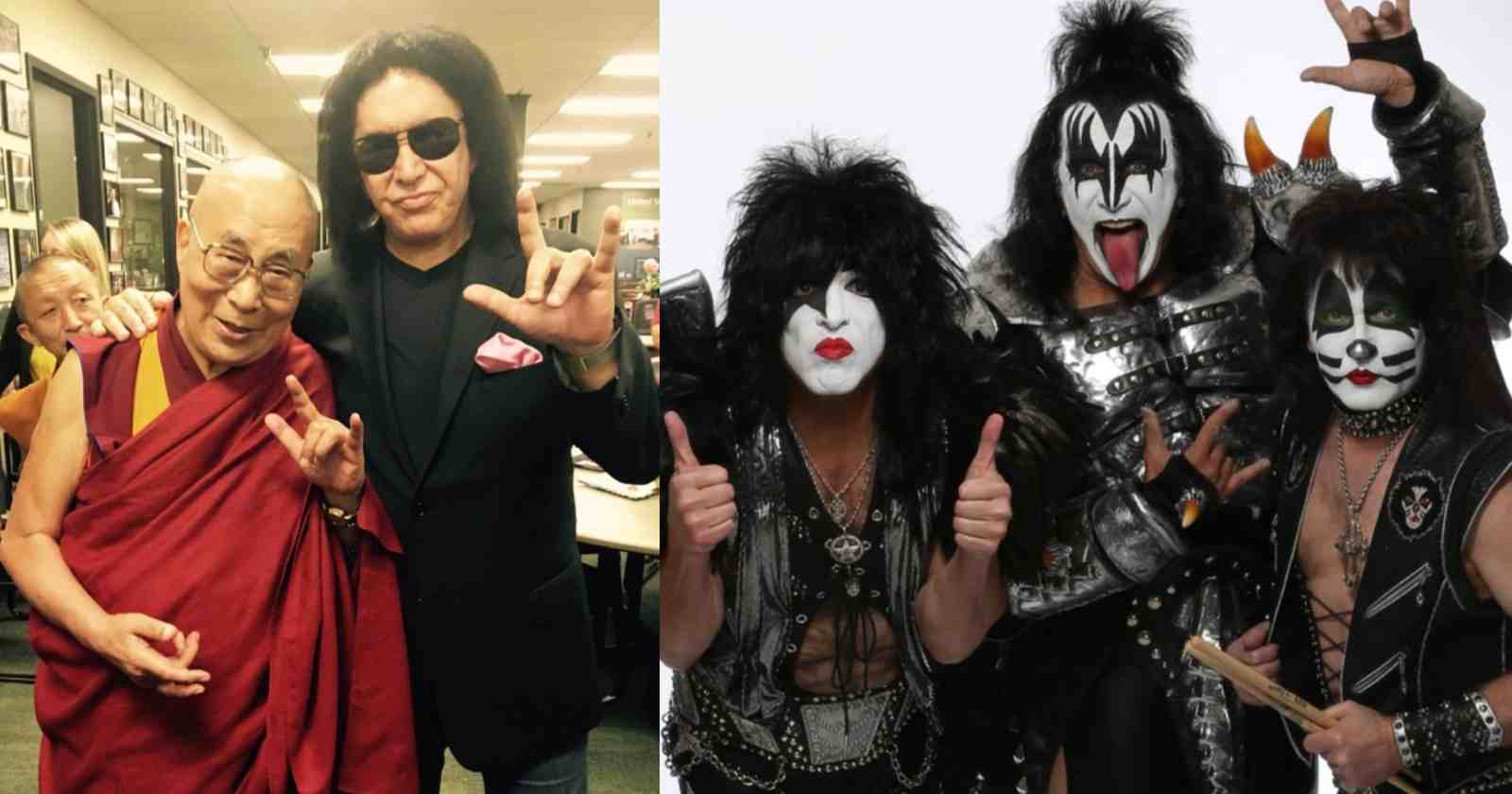 Kiss is one of those bands that people either love or hate, but everyone gets to know more about a band after listening in most cases to their most famous songs before. The band’s bassist and singer Gene Simmons listed in an interview with Music News Web back in 2011 the 3 songs that he recommends for who never heard Kiss before.

Kiss was inducted into the Rock and Roll Hall Of Fame back in 2014 by Rage Against The Machine and Audioslave guitarist Tom Morello, who said in his speech: “Impact, influence, and awesomeness. Kiss have all three in spades.”

3 songs Gene Simmons recommends to someone that never heard Kiss

“I Was Made For Loving You”

When listing the songs he recommends to people who never heard Kiss before, Simmons said that girls should hear “I Was Made For Loving You”, song from the group’s 1979 album “Dynasty”. The track that is still played live is not praised by all the fans of the band because of the sound that is similar to Disco songs of the era it was released.

In an interview with OK! (Transcribed by Blabbermouth) magazine back in 2018, Gene Simmons said he didn’t like the song and recalled ther first time Paul presented him the idea for the track: “Well, Paul Stanley comes in and he says, ‘Did you write any songs?’ I go, ‘Oh, yeah. I’ve got one called ‘Almost Human’.’ ‘Yeah? How does it go?’ ‘I’m almost human. I can’t help feelin’ strange.’ ‘Yeah, that’s cool. That’s a Gene song.'”

“[Sings] ‘Do, do, do…’ So I hate playing that song to [this] day. Stadiums full of people jump up and down like biblical locusts. They go nuts, with tattoos and grills on… ‘Ahhhh!’ They’re all jumping up and down, and I’m going, ‘Do, do, do, do, do, do… Kill me now.’ Still — still to this day I hate that song.”

Simmons recommended for men the track “Deuce”, one of the band’s biggest classics that was released on their first album in 1974. Simmons estimated that the entire process of recording and mixing their first album took three weeks, while co-producer Richie Wise has stated it took just 13 days..

In an interview with Guitar World in 2021, Gene Simmons recalled he wrote the riff of the song before Kiss was founded: “I wrote it before the band got started. Keith Richards wrote this song called Bitch, which had this flat third against the root – a C against an A. I took that idea and did my own sort of take on it. So there you have it, ‘Deuce’ was totally inspired by ‘Bitch’ by the Stones.”

“Rock and Roll All Nite”

For men and women, Simmons recommended Kiss’ most famous song “Rock and Roll All Nite” from their third studio album “Dressed To Kill”. The studio version of the song peaked at No. 69 on the Billboard singles chart, besting the band’s previous charting single, “Kissin’ Time” (#89).

In 2008, it was named the 16th greatest hard rock song of all time by VH1. The band is currently in their farewell tour with Gene Simmons (Bass and Vocals), Paul Stanley (Guitar and Vocals), Tommy Thayer (Guitar) and Eric Singer (Drums).