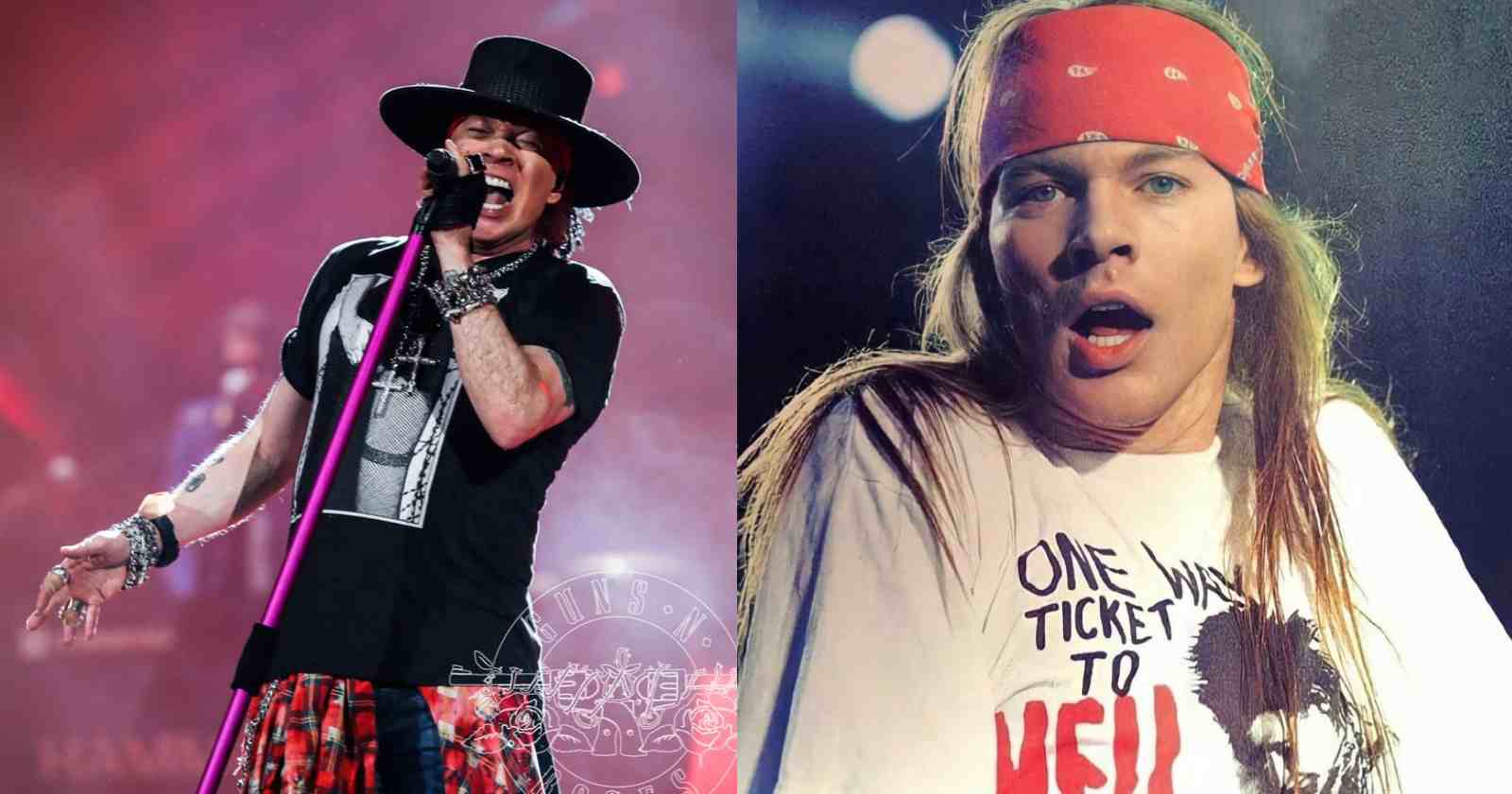 The legendary Guns N’ Roses singer Axl Rose, who also briefly toured with AC/DC back in 2016 has broad taste in music, more that many fans could imagine since he is the vocalist of one of the biggest Hard Rock bands of all time. But Axl’s favorite bands are not so heavy and he always open to listen to other music genres as he revealed in interviews in the last decades.

In an interview with Rolling Stone back in 1989, right in the beginning of Guns N’ Roses superstardom, Axl talked about the bands he was listening at the time and he revealed some of them, also listing his favorites: “That’s always the hardest question. Lately I’ve been listening to Derek and the Dominos, the Bar-Kays. I really like the first Patti Smith. I’m just starting to discover the Cure. I keep trying to find things to open myself up to. I enjoy Soundgarden. The singer just buries me. The guy sings so great. On the club circuit, I like Saigon Saloon a lot.”

“Today, my favorite record is Todd Rundgren’s Something/Anything. I just got turned on to it. I’ve still got my favorites and things, like the Pistols, ELO and Queen. The two records I always buy if there’s a cassette deck around and I don’t have the tapes in my bag are Never Mind the Bullocks and Queen II. I think I’d be in a bind to figure out which one I’d want if I was stranded on a desert island. I might go with the Pistols, because maybe a boat would hear me if I played it.”

According to Express UK, Axl also praised the late Queen vocalist saying his songs helped him during his childhood: “If I hadn’t had Freddie Mercury’s lyrics to hold on to as a kid I don’t know where I would be. It taught me about all forms of music… it would open my mind. I never really had a bigger teacher in my whole life.” The Guns N’ Roses frontman had the chance to pay tribute to the late Freddie Mercury in an incredible performance of “Bohemian Rhapsody” alongside Brian May, Roger Taylor, John Deacon and Elton John at the Freddie Mercury Tribute Concert back in 1992, in Wembley stadium.

Back in 2014 after being elected the greatest singer of all time (Due to Vocal Range and Lowest Notes) on a list by Concert Hotels, Axl Rose that doesn’t give many interviews decided to speak and in a letter to Spin magazine he said the recognition was flattering and humbling but in his opinion there were many other singers that were better than him and he listed some of them. One of them was Electric Light Orchestra’s Jeff Lynne.

Formed in Birmingham back in 1970, ELO had the songwriters and multi-instrumentalists Jeff Lynne, Roy Wood and Bev Bevan that mixed classic arrangements and pop rock music. After Wood’s departure in 1972, Lynne became the band’s sole leader, arranging and producing every album while writing nearly all of their original material.

During ELO’s original 13-year period of active recording and touring, they sold over 50 million records worldwide.

On the 1993 covers studio album “The Spaghetti Incident?”, Guns N’ Roses paid tribute to many bands that influenced them and one of those groups were The Professionals, band formed by ex-Pistols guitarist Steve Jones and Paul Cook.

The Sex Pistols were one of the most important bands of the Punk Rock movement that had only one studio album “Never Mind the Bollocks” that influenced a whole generation of musicians.