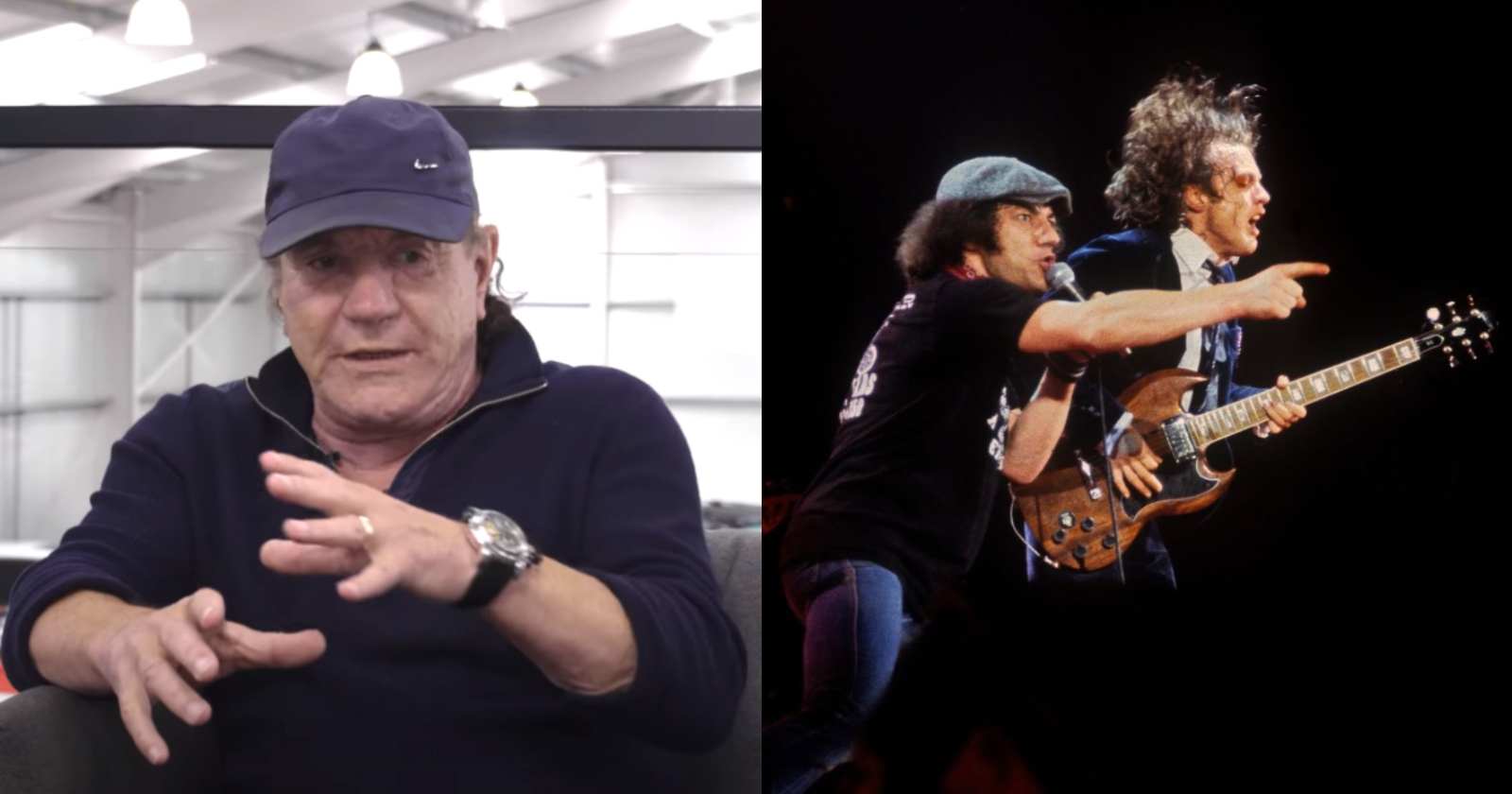 The legendary AC/DC singer Brian Johnson is one of the few vocalists that replaced a very famous frontman in a band and was able to be as successful as his predecessor was with the group. “Back In Black” (1980), Johnson’s debut album with the Hard Rock group even became the second best-selling album of all time and paved the way for many other praised records he did with Angus Young and Malcolm Young.

The voice of the group for more than 40 years, Brian Johnson is proud of his work and revealed in an radio interview back in 2020, made available by Raised On Radio Youtube channel (Transcribed by Rock and Roll Garage), 3 AC/DC songs that are some of his favorites of all time. In the same conversation, the artist told some stories about each track.

“One that I knew from the get-go was going to be fabulous was ‘Thundestruck’. I just heard that guitar that Angus had put on, this was the charge and start. When all went together, the ‘aaaaaa, aaaaaa…’ Then they let me loose ‘I was caught, in the middle…’ Then of course, when you all that’s done you got a ‘thunder!’ It had everything!” Brian Johnson said.

Released on the successful 1990 AC/DC record “The Razors Edge”, “Thunderstruck” became one of their most famous tracks and was always present on their concert setlists.

“Through The Mists Of Time”

“Well, it was a wonderful thing. After what happened, I really thought I would never be able to get on stage with a band again with my hearing loss. Thankfully, technology came to my rescue. About a year later, Angus had been keeping his eyes on this and checking in and see how is it all of that. About a year and a half later, Angus just said, ‘You fancy doing a new album? I’m gonna ask Cliff (Williams) and Phil (Rudd)“.

“I thought, ‘Oh, that’s the old boys. The real band.’ And Cliff, who retired, just said, ‘If it’s the old band, I can’t miss it. I have to be part of it.’ So Phil got over all the bad stuff he was going through. He was fit and healthy.”

“There we were all of a sudden in 2018, we found ourselves in Vancouver in the studio. The electricity in that room, I can only tell you. It was something I never experienced before.”

“Because Malcolm (Young) had passed, we realized very early on that this was going to be a tribute to Malcolm Young. You could feel that he’s he was there. The songs that Angus brought with him were songs that he and Malcolm had done about 2007-2006. They weren’t completed but the riffs were there, the chorus, verse ideas,” Brian Johnson said.

Released on their most recent album “Power Up” (2020), “Through The Mists Of Time” became big tribute to the history of the band, especially for the late Malcolm Young and Bon Scott, because the official video of the song paid a beautiful tribute to both of them.

“You Shook Me All Night Long”

“The one I remember more than anything was one of the first songs we did. I remember I’m sitting in the little cubicle. Malcolm came down and said: ‘Right, Brian, this is a rough backing track of this song. We want to call it ‘You Shook Me All Night Long.’

“Then I thought, ‘What?’ I was a little bit worried. So the next day I’m getting ready and I went up to  Mutt Lange (Producer) and he said, ‘OK, let’s see what you got.’ I just sang it. It was just so natural, the words that were written down.”

“I remember Malcolm coming up and he looked at me and looked at Angus and Mutt, he said, ‘I don’t know what to say. That could be one of the best rock ‘n’ roll records ever heard in a while!’ So I felt really good about that,” Brian Johnson said.

One of the tracks of the successful “Back In Black” (1980), “You Shook Me All Night Long” became one of AC/DC’s biggest anthems and was the first single to be released with Brian Johnson as the band’s vocalist. It reached number 35 on the USA’s Hot 100 pop singles chart in 1980.