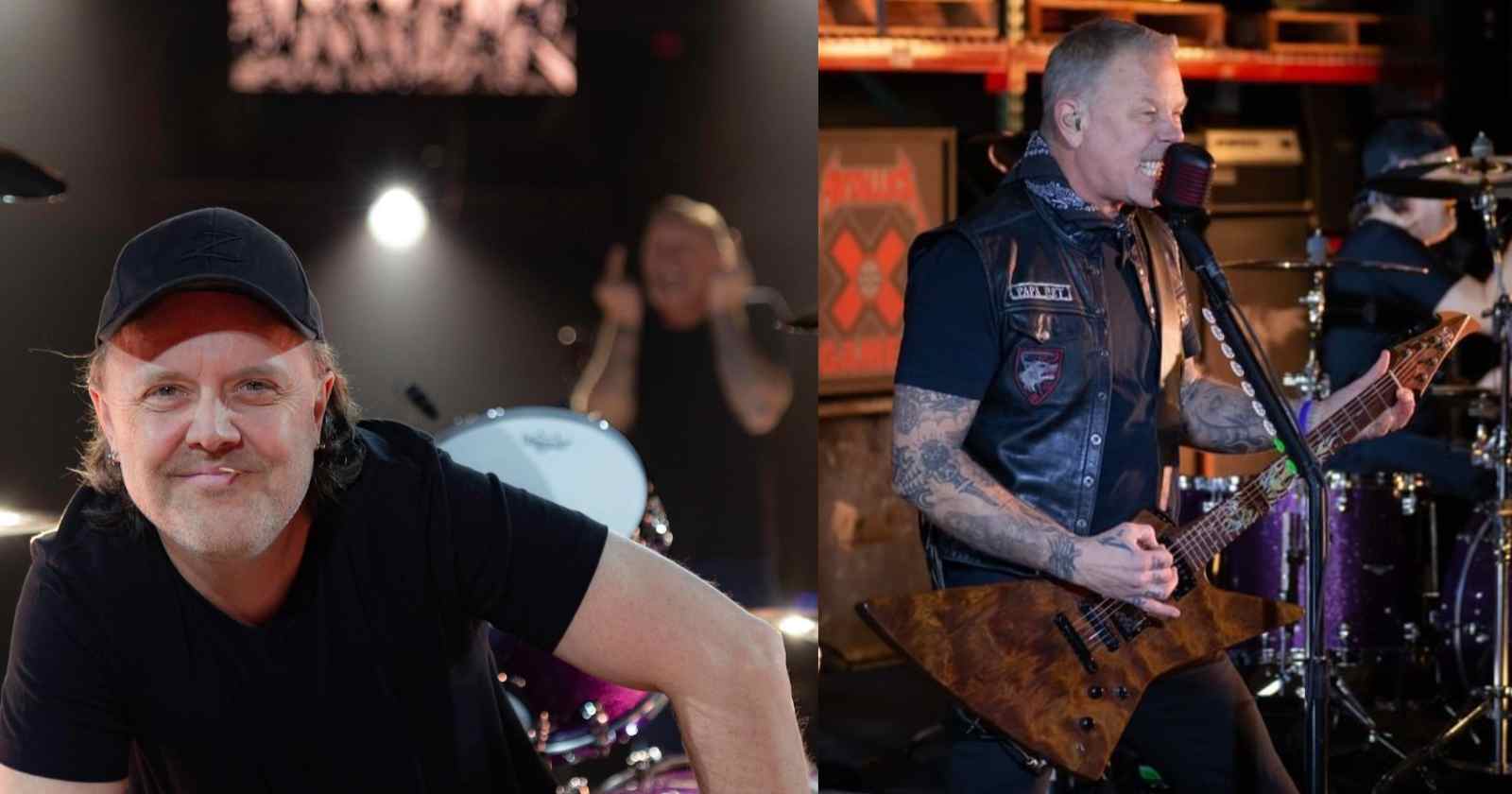 James Hetfield and Lars Ulrich are the founding members of Metallica and play together for more than 40 years but there’s been some bumps on the road in their relationship. One of those bumps happened just after a concert back in the 80’s when Hetfield punched Ulrich.

In an interview with Howard Stern, the duo recalled the story and Hetfield explained first: “We were playing, I think is just down the street from here, I think it was the Troubadour, it was the first show where we ever at least in our minds an encore, we were 6, 9 months in our career, we got an encore. So we’re standing off stage discussing what song to play and let’s just say there was a differences of opinnion, so I suggested a song that started with drums, so James suggested something else.”

“We went back up on stage and I started the song that started with drums and so when we came off I’ve got a slight punch in the stomach, I did stand up for the rest of the night. However I that for balance I will say that throughout the rest of the 80’s James helped me in many situations when I had a little bit of a big mouth and could definitely throw the best smart ass comments back to people.”

“There were couple times when the beer and the good times where flowing where I would say the wrong thing to the wrong people, but still they were really funny and 30 years later, they still as sound bites, you elicit chuckles when you tell the story. But James was always there as my big brother, I would usually just run, I would just fucking take off but then James would clean it up for me, throw a few punches at some of these other guys.”

In an interview with Playboy magazine back in 2001, they also recalled this episode

James Hetfield was asked about th”He’s usually the instigator, with his mouth. He can be a real ass at times, and pull attitudes. I punched him onstage once—probably our third gig ever. We agreed we were going to play Let It Loose for our encore, and he went up there and started a different song, Killing Time, because it started with drums. I turned back: “You motherfucker!” I couldn’t remember the lyrics, it was a complete failure.”

Lars Ulrich then said: “I started the song I wanted to play. I don’t remember why—maybe I felt it was a more suitable encore. And then he punched me.”

Hetfield then replied: “I remember throwing him into his drum kit a couple of times, throwing some cymbals, cutting his head open.”