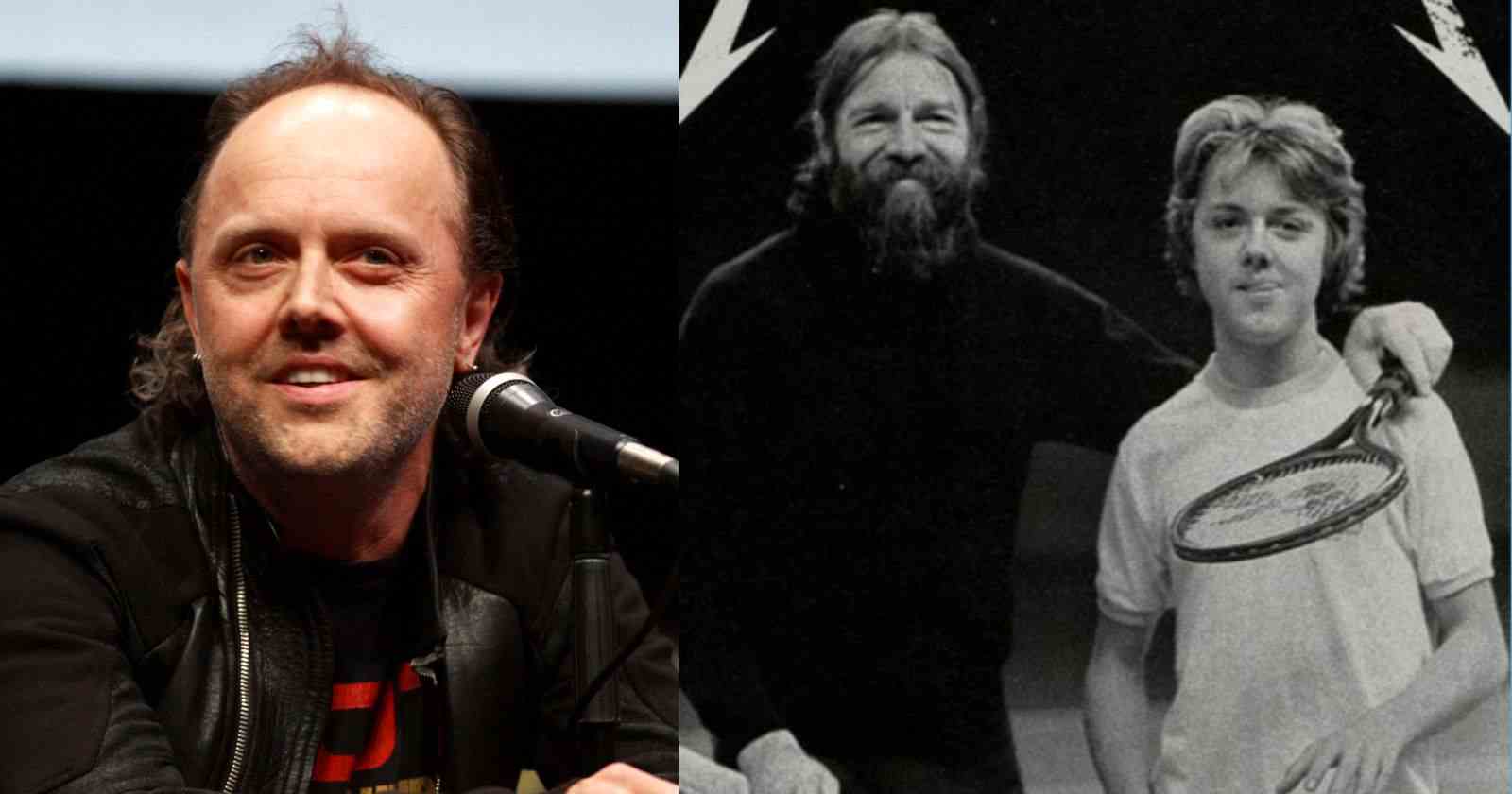 Metallica drummer Lars Ulrich is the son of the Danish famous tennis player Torben Ulrich. The musician recalled in an interview with Tanya’s Table Podcast that he tried to follow his father’s footsteps on the sport but he wasn’t a good player compared to kids in California when he was young.

Lars Ulrich recalls he tried to be a tennis player before Metallica:

“I was 17, I came over in 1980. I grew up in Copenhagen, Denmark, and my dad was a tennis player, and spent a lot of the ’60s and the ’70s traveling a lot in the United States. So I spent quite a bit of time with him on the road here. When I started going to school when I was 16 or 17, I encouraged my mom and my dad to find my idea of moving to Southern California.”

“We landed in Newport Beach in the fall of 1980 when I was 17, and obviously, that was a pretty significantly different world from what I grew up with. Still under the false impression at the time that I could follow my father’s footsteps and play tennis, and maybe take it to a professional level.”

“In Denmark, which is a very small country, I was playing at different levels and ages. But when I came to Newport Beach, I was not even in the Top 10 in the street where I was living in.”

You can’t compete with these California kids in tennis.

“Exactly. There was a lot of competition. Where I grew up, tennis was an old-school gentlemen’s sport. Social people get together and play tennis, have a couple of beers – it was that kind of thing. But at that time in America, it was very competitive. A lot of parents, maybe middle-class parents, pushed their kids into tennis to achieve economic success.”

A lot of our sports heroes were tennis players. I grew up knowing tennis players’ names. And I took tennis lessons when I was little, but it wasn’t aspiring to be a tennis pro. But for you it was so significant. Arthur Ashe, he was so significant, Billie Jean King, you just knew because their personalities really showed through.

“Obviously, at that time, there were those three guys, and Jimmy Connors and Chris Evert, and all the great players of the ’70s. They all brought tennis to a much wider audience. It became such a big thing in the mid-70s, it became much more competitive, and much more commercial.”

“I was still operating under the pretense of a small country and gentlemen sport, and all the rest of it. So I landed in Newport Beach and I got my ass kicked. That moved my passion away from tennis, it went quickly, and I jumped into music, and that was about 1981.”