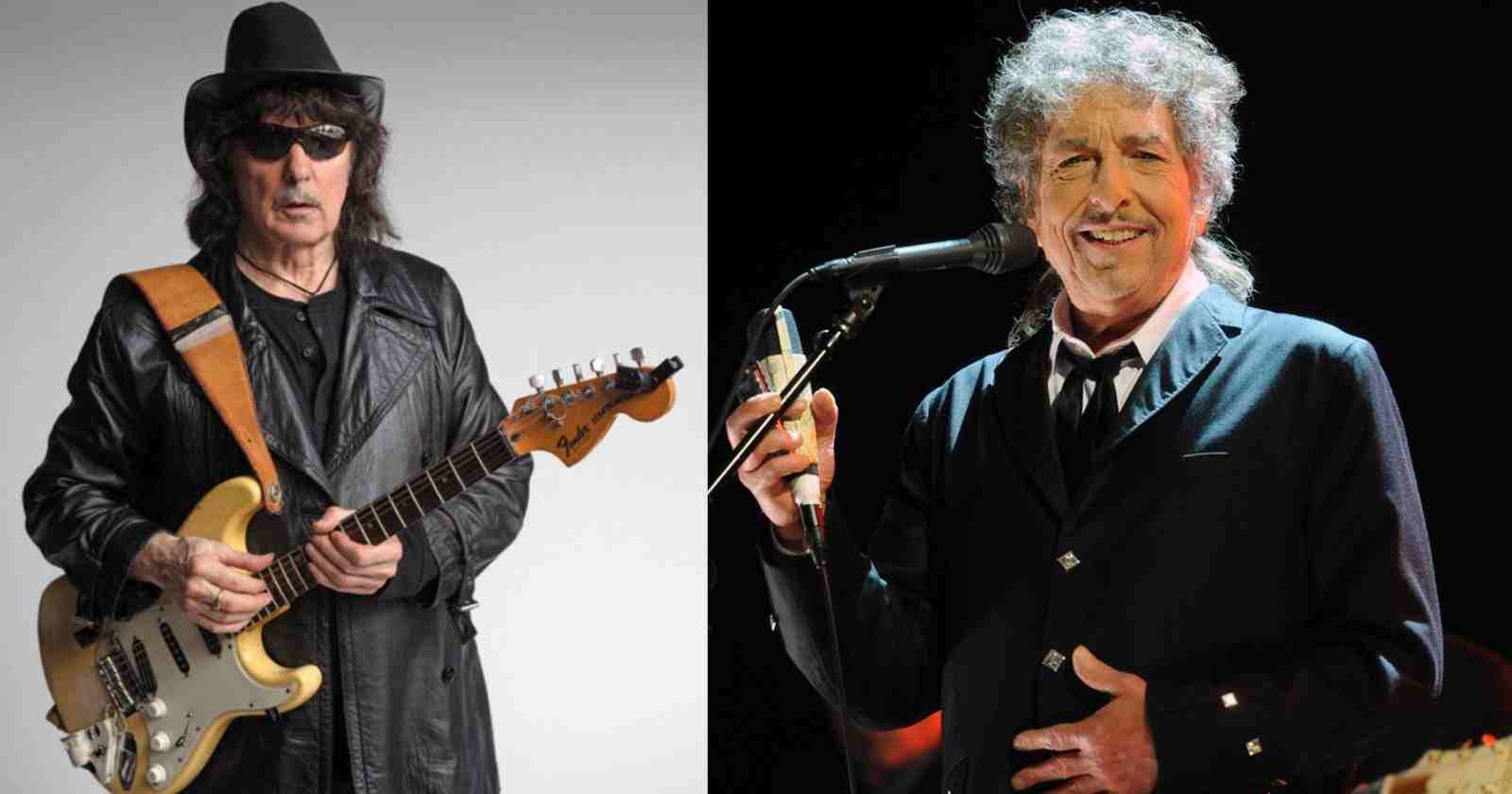 Legendary guitarist Ritchie Blackmore (Deep Purple, Rainbow) gave his opinion on Bob Dylan during many interviews over the years, they are posted in band’s official Youtube channel and Blackmore’s fan club. The musician says he would love to play with the American musician and that he is the only person he admires in the music business.

When guitarist Ritchie Blackmore gave his opinion on Bob Dylan:

“I would love to play with Bob Dylan. I mean it sounds kind of funny in a way, but he is the only person I admire in the business. I have been in the business for so long, he’s the one that I still feel he remains mysterious, there is something about him that I think is truly monumental and he is so creative. When you think on all the songs that he has written, you know, “Mr. Tambourine Man”, “Blowing In the Wind”, it’s endless. So i’m a big fan of his.”

In an interview back in 2013 with Russian Channel RT, Blackmore said he met Bob Dylan once:

“Death is going to happen to most of us. Most, not all. Some of us might get away with it, which is what Bob Dylan said. Bob Dylan came up to me once and said: ‘Hey, who the hell are you?’ I admired him for that.”

In another interview posted in Deep Purple’s Youtube channel back in 2019 the guitarist also talked about Bob:

“I’ve done more shows at the Budokan (Japan) than any person other than Bob Dylan. He is up and coming, my hero. I have two heroes over here (United States), one is Billy Joel, one is Bob Dylan”.

One of the best songwriters and musicians of all time, Bob Dylan sold his entire songwriting catalog to Universal Music of more than 600 songs for an estimated price of around $300 million. The list includes more than 60 years of his compositions. Such as “Like a Rolling Stone,” “Blowin’ in the Wind” and “The Times They Are A-Changin’.”