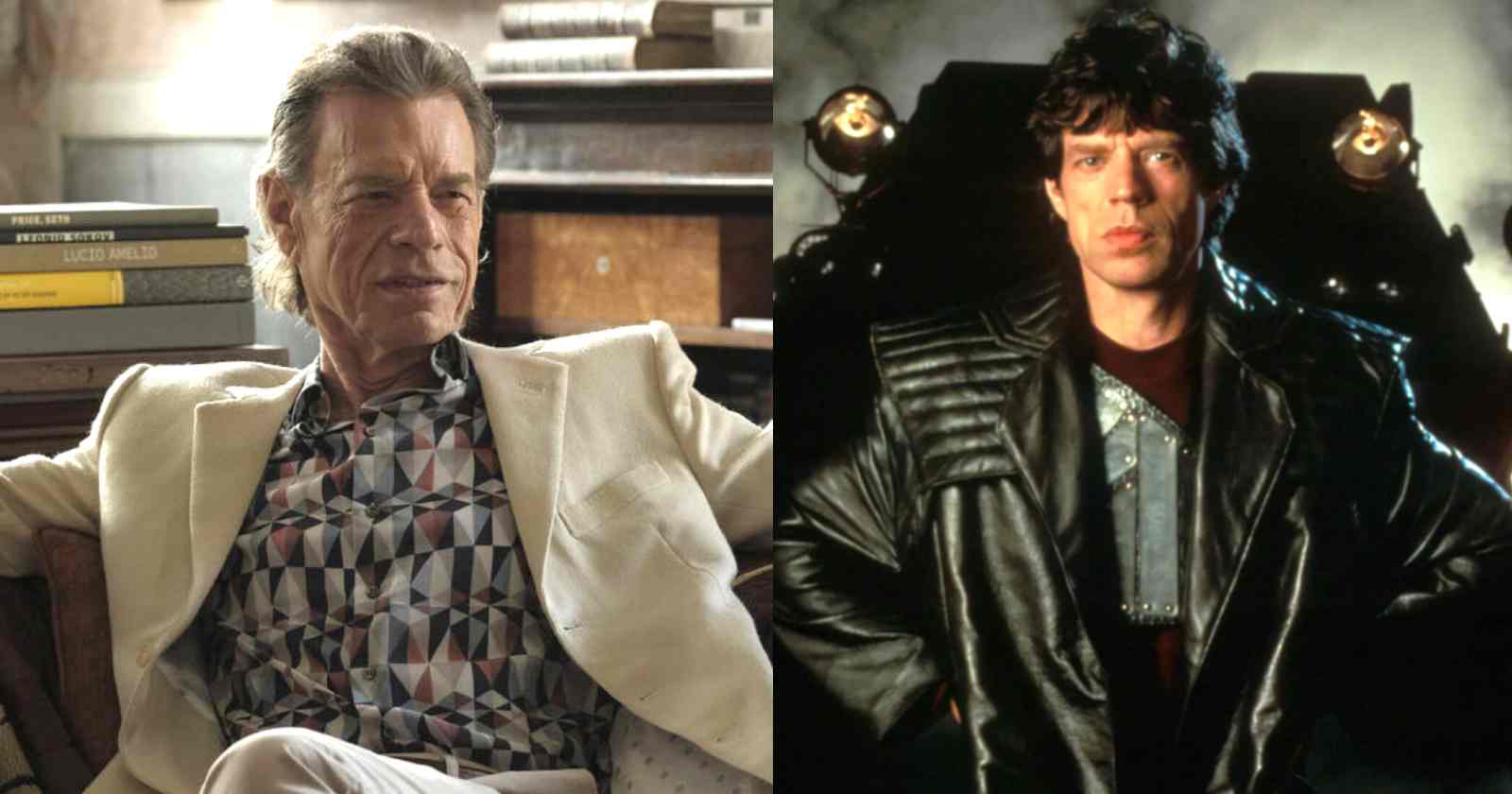 Besides being one of the most famous and praised singers of all time fronting The Rolling Stones since 1962, Mick Jagger also has an interesting career in movies, acting and producing. To show a little bit more of his acting career Rock and Roll Garage selected the 7 best movies that Mick Jagger participated.

The 7 best movies with Mick Jagger

One of Mick Jagger’s first movies, “Ned Kelly” tells the story of a impoverished son of Irish immigrants that is pushed by wrongful police persecution into becoming Australia’s most notorious bushranger. As pointed by Yahoo! News, during the final scenes filmed in Australia, where the movie was filmed, Jagger needed to shot a many of cops for a scene and the production gave him a pistol loaded with blanks.

However, when he pulled the trigger the pistol backfired and caused a slew of shrapnel to lodge itself deep into Jagger’s hand. He was then promptly taken to a Canberra hospital for treatment.

One of the craziest movies that Jagger did, “Running Out Of Luck” shows a rock singer that goes to Brazil to shoot a video, but winds up getting kidnapped and turned over to the oversexed owner of a banana plantation.

Julien Temple, the director of the movie has an amazing career directing music videos, especially in the 80s and he worked with names like Paul McCartney, Accept, David Bowie, Judas Priest, Rolling Stones, The Kinks, Depeche Mode, Billy Idol, Neil Young and more.

The only futuristic movie that Mick Jagger ever been into, “Freejack” tells the story of bounty hunters from the future transport a doomed race car driver to New York City in the year of 2009, where his mind will be replaced with that of a dead billionaire. The techno-thriller was Jagger’s first film in 20 years and also had Anthony Hopkins, Emilio Estevez and Rene Russo. The film was directed by Geoff Murphy, also known for “Young Guns II” (1990) and “Quiet Earth” (1985).

In an interview with Entertainment Tonight back in 1992, the singer talked about working with Emilio Estevez, saying (Transcribed by Rock and Roll Garage): “I enjoyed working with him, I thought he was really good fun, we went out a few times, went to a few strip clubs in Atlanta, that’s what people do in Atlanta (laughs)”.

The most recent movie that Mick Jagger was in, “The Burnt Orange Heresy” tells the story of an ambitious art dealer that is hired to steal a rare painting from one of the most enigmatic painters of all time. The dealer becomes consumed by his own greed and insecurity as the operation gets out of his control. It was Directed by Italian Giuseppe Capotondi, known for the TV shows “Berlin Station” (2016) and “Suburra” (2017).

In an interview with ET Canada in 2020 (Transcribed by Rock and Roll Garage, Jagger talked abou the movie, saying: “I thought it was a very interesting scrip, an interesting subject. So I thought, for a small part it was going to be an interesting role to do. Even though it was a quite small part I could encapsulate his character in the short amount of time that I’ve got in the picture. The thing about him is that nobody knows if the things he says are true. He says he is married, has children, grandchildren, maybe it’s not, you just don’t know. So he is very ambivalent.”

“The director was great, all the actors were really super cooperative and I haven’t done a movie in ages. I haven’t acted in a long time. They were patient with me. I hope I delivered for them too and helped them as much as I can. But it was a really good experience around.”

With award winning stars like Andy Garcia, James Coburn, Olivia Williams and Anjelica Huston, the movie shows a failed novelist’s inability to pay the bills strains relations with his wife and leads him to work at an escort service where he becomes entwined with a wealthy woman whose husband is a successful writer.

In an interview with Charlie Rose back in 2002 (Transcribed by Rock and Roll Garage), the vocalist talked about the movie, saying: “This (was) a role that particularly just came out to me. I din’t come out to seek the role. The director just called me up out of the blue and said ‘Would you like to do this role?’ So I read it and you always read it and you go ‘Yes, but no’. But it was great. It was (satisfying experience) because it was really quick and there was not a really lot of time to think. I didn’t had a lot of time to get worried late a night. We just did it, you know.”

“I enjoy acting too much, I find it very stimulating. But as I said before it’s a very difficult business and it’s not my main business in life.”

The film was shot when Mick Jagger was only 27 and shows a violent gangster who seeks refuge from the mob in the Bohemian home of a former rock star. One of the directors of the film was Nicolas Roeg, also known for “Don’t Look Now” (1973), “The Man Who Fell To Earth” (1976) and “The Witches” (1990).

In the conversation with Charlie Rose back in 2002 (Transcribed by Rock and Roll Garage), the musician talked about why he didn’t made a film for more than a decade after he did “Performance”: “After I did ‘Performance’, which is a very twisted film, was about a Rock singer, it was a really good role. But after that I got a lot of roles to play Rock singers, all heroin addicts. I dind’t wanted to do it. There were roles I turned down and there were some that I just couldn’t do because I was working.”

The adaptation of Martin Sherman’s award-winning play, “Bent” shows the story of a gay jew in 1930 in Berlin that is sent to a concentration camp under the Nazi regime. The film also has famous actors Clive Owen, Ian McKellen, Jude Law and Rache Weisz.

In 1997 the movie won the award of the Youth at the Cannes Film Festival.