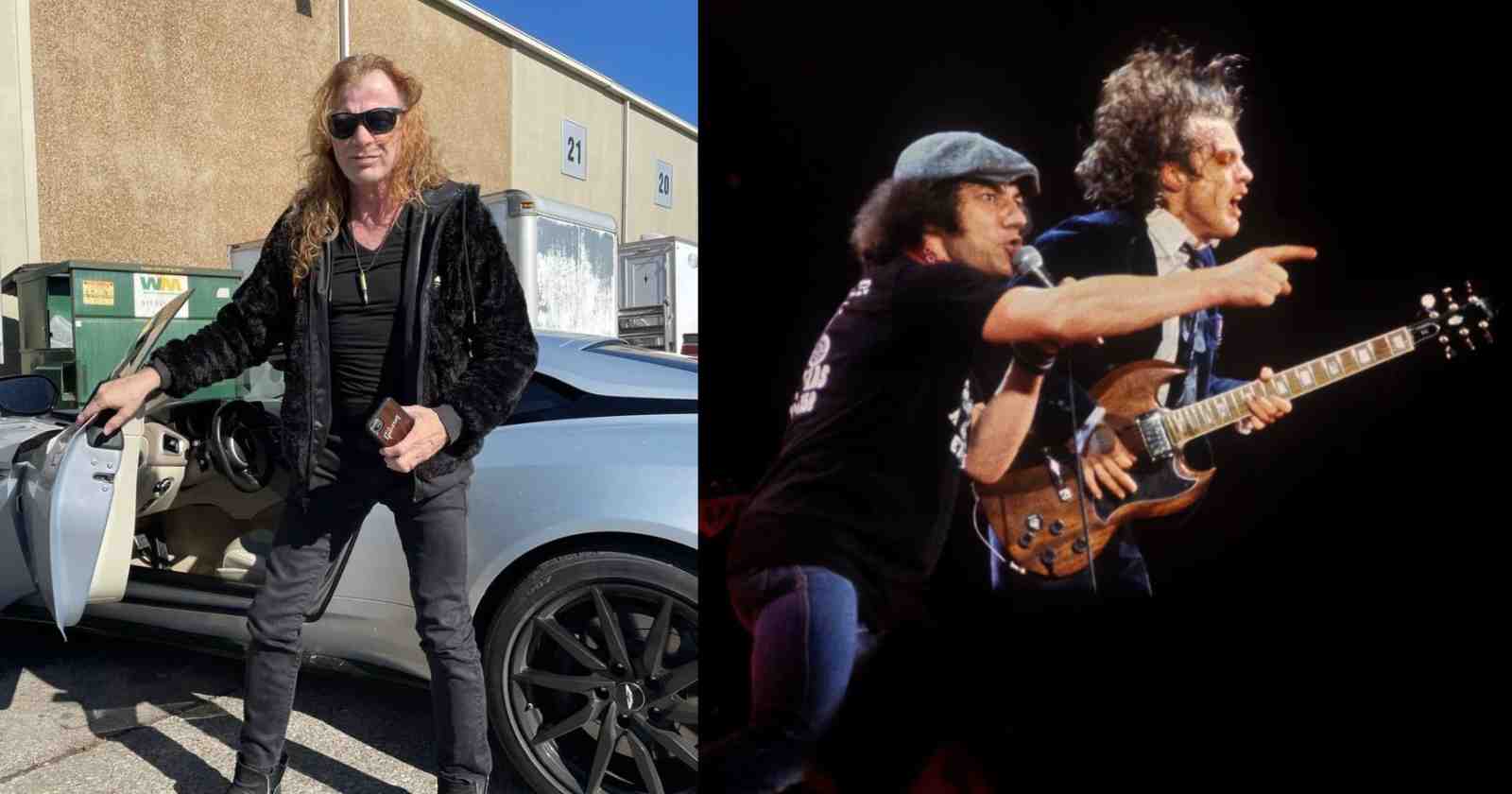 One of the most important Hard Rock bands in history, AC/DC changed the life of many musicians that were influenced by them, including ex-Metallica guitarist and Megadeth leader Dave Mustaine. The Australian band had an important role in Mustaine’s influence due to the energy that the music made by Angus, Malcolm and company had and helped Mustaine to take that and also focus on the energy and speed that he used in Thrash Metal songs. He even was in a band that played AC/DC covers before he became a famous musician.

In an interview with Classic Rock back in 2019, Dave Mustaine revealed what was his reaction when he first heard AC/DC: “The first time I put on Let There Be Rock I was looking at the back cover and wondering ‘What the Hell’s up with that dude’s lip?’ But hearing the music, my life totally changed. To me it sounded like something was wrong, like it was too close to my face.”

“Most records are all around you, but this one was right there [spreads his hand in front of his nose]. It was… unsettling. I remember everything, from that first millisecond, the little crackle before ‘ga-dun-GAR!’ in Go Down.”

He onced again shared his love for the group when paying tribute to guitarist Malcolm Young after he died in 2017 at the age of 64 from effects of dementia. In an interview with Rolling Stone, Mustaine recalled that he was once in a band that played AC/DC covers and praised Malcolm’s playing: “Most people don’t know AC/DC was Malcolm’s band and that they weren’t Australian; they were Scottish. Tidbits like that are part of what made them unique. I was in a band that did a bunch of AC/DC covers and doing those songs introduced me a totally different approach to playing, where you don’t have billions of layers. It’s all based on the riff.”

“Prior to that, rock and roll was all strumming chords and not playing riffs. A riff is a cyclical melody, and if it isn’t good, you’ll know. A good riff you can play over and over again, and Malcolm wrote a lot of that music. ‘Kicked in the Teeth’ and ‘Walk All Over You’ are two of my favorite songs of theirs.”

“Malcolm allowed Angus and Bon [Scott] to do their job. He knew he was the best there was at rhythm guitar. He and other guys held down the fort and anchored the rhythm. That was his role, and he loved it.”

In the same conversation he recalled that Megadeth went on tour with AC/DC and he didn’t know them well personally, but they were a band that arrived to the venue right before their show and went away right after, so he didn’t had the time to get to know them very well. “We’d see them once in a while at catering, but they were one of those bands who came in right at showtime and then were gone as soon as the show ended.”

“So Malcolm and I were just acquaintances and exchanged pleasantries, but I would have loved to have been friends with him. He and Angus were so shy. Someone said, ‘Can I get you a bottle of something?’ and someone else said, ‘All they do is drink tea and smoke cigarettes.””

“During that tour, I’d stand by the side of the stage and watch. The guys were so little, but the volume was so loud. Pure Marshall amplification. It was mind-blowingly loud. If you wanted to be deaf, you shouldn’t stay there for more than a short time. Malcolm would go back by the speakers and then go up to the front and sing and then go back to the amplifiers and just stand there, instead of staying up at the front like someone who doesn’t know what to do. That was brilliant.”

The musician said that he cried when he heard the news about his death because Malcolm was one of his favorite people in the world.