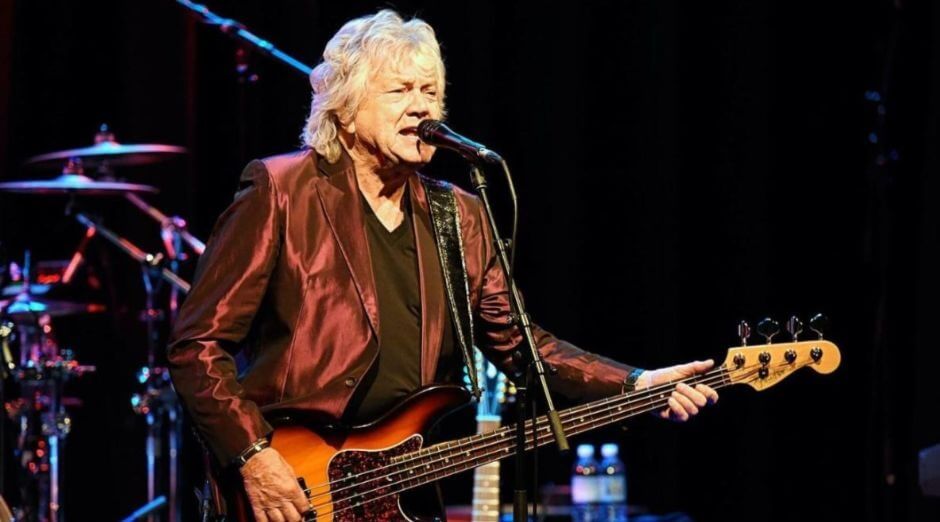 Moody Blues‘ bassist and singer revealed John Lodge in an exclusive interview with Rock and Roll Garage some of his favorite songs and albums of all time. Also explaining in a few words why he chose them. The bassist and singer that is the songwriter of mega Moody Blues hits like “Ride My See Saw,” and “I’m Just A Singer (In A Rock and Roll Band) also revealed some of his favorite songs of the band and of his solo career.

Buddy Holly & The Crickets “That’ll be the Day”

“This is the record that inspired me to become a musician/songwriter,” John Lodge said.

“The greatest Rock N’ Roll intro on a Piano.”

Gene Vincent “Be Bop A Lula”

“An iconic song by an iconic singer and the Cliff Gallup guitar solo that every young musician tried to play.”

“New Orleans, this was the song that brought (and still does) a smile to my face..”

“I’m Just a Singer in a Rock n Roll band”

“Because that is who I am.”

“When we recorded this song I realised we were going on a journey.”

“Because it is,” John Lodge said.

“Legend of a Mind”

“This was Part of an era in the time called ‘flower power‘.”

“In These Crazy Times”

“My new single, because we are going through the biggest change that history will record in the last 7 decades,” John Lodge said.

“So many beautiful songs.”

Pink Floyd “Dark side of the Moon”

George Harrison “All Things Must Pass”

“A breath of Fresh air”.

He has been performing and recording with The Moody Blues for more than five decades. Selling in excess of 70 million albums. Lodge has been voted one of the “10 most influential bass players on the planet”. Also has been the recipient of many awards. Including ASCAP (American Society of Composers and Publishers). Besides an Ivor Novello Award, to name just a few.

In 2018, Lodge was inducted into the Rock and Roll Hall of Fame as a member of the Moody Blues.