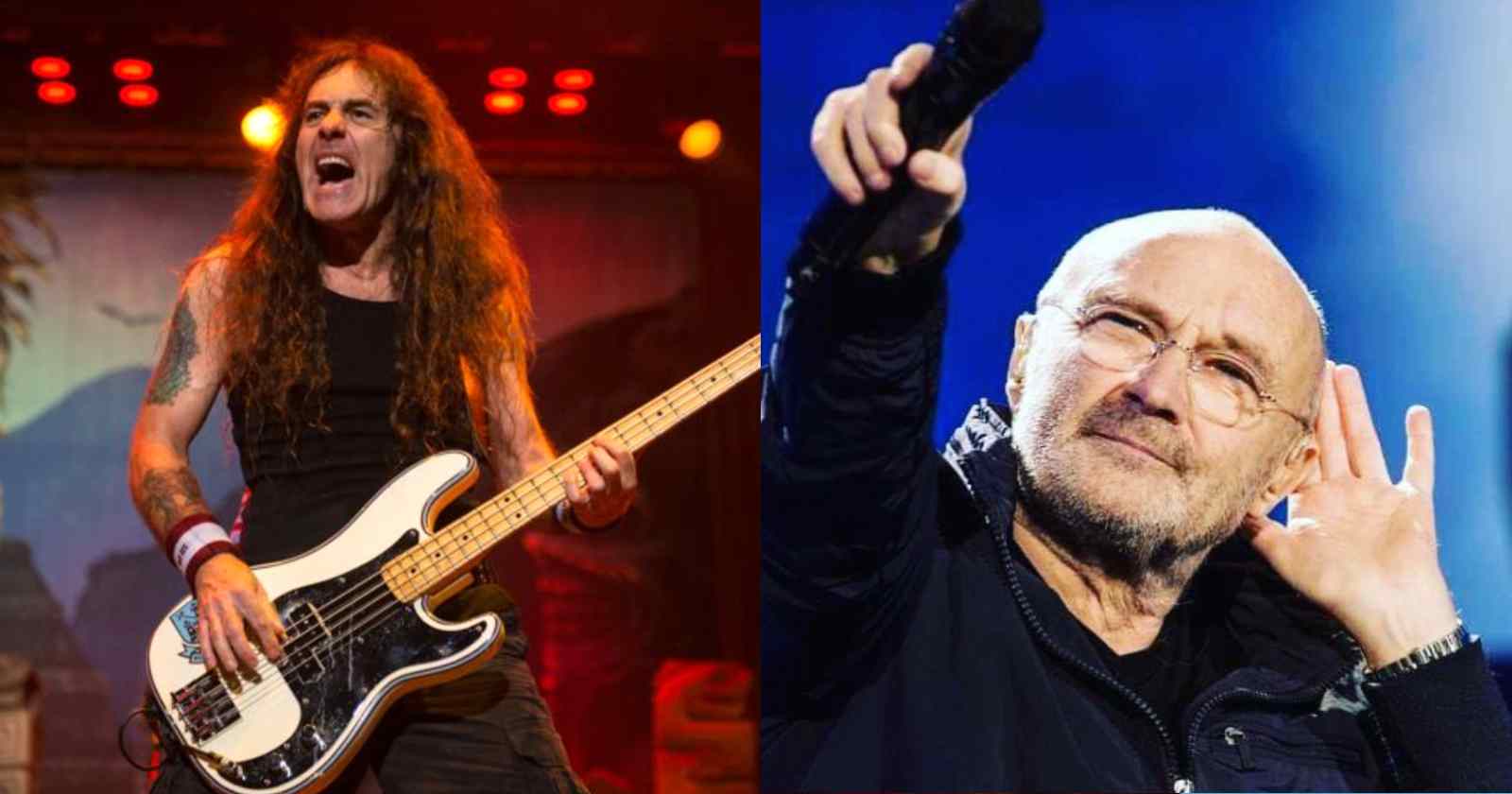 Iron Maiden bassist and main lyricist Steve Harris is a big Progressive Rock fan and already declared his love for many British bands that first appeared in the 60s and 70s. One of them was Genesis that had two famous eras, one more Progressive with Peter Gabriel on vocals and another other with drummer Phil Collins as the vocalist, that made the band approach a more commercial/Pop sound. In an interview with Prog magazine back in 2015, the bass player gave his opinion on Genesis with Collins on vocals.

“Oh man, it was never the same after Gabriel left. I remember that day. I bought Melody Maker and it was on the front page and I was devastated. They were my favourite band at the time. And they did Trick Of The Tail. I went to see them on that tour and that was a fantastic album.”

“They did their best and Phil Collins did a really good job. What else can you do? Someone leaves and you just get on with it. But for me, after Steve Hackett left it sort of lost its way for me. It wasn’t really like Genesis anymore.”

In a conversation with Metal Hammer in 2021, Steve Harris explained that he first discovered the group when someone recommended an album for him at school and said he was devastated when Peter Gabriel and Steve Hackett left Genesis: “My introduction to Genesis came when someone at school recommended the Trespass album to me. I got into that. Then bought Nursery Cryme and Foxtrot after that. Supper’s Ready is the closing track on Foxtrot and the band threw everything bar the kitchen sink into it. It’s an incredible piece of music.”

“I saw Genesis live on the Foxtrot tour and they were amazing. The Peter Gabriel-era albums still give me goosebumps. I was devastated when he left the band. A Trick Of The Tail was a great album to be fair, and Wind & Wuthering is decent too. But when Steve Hackett (guitarist) left too it wasn’t really the same for me. They’re still a good band. But those early albums are magical.”