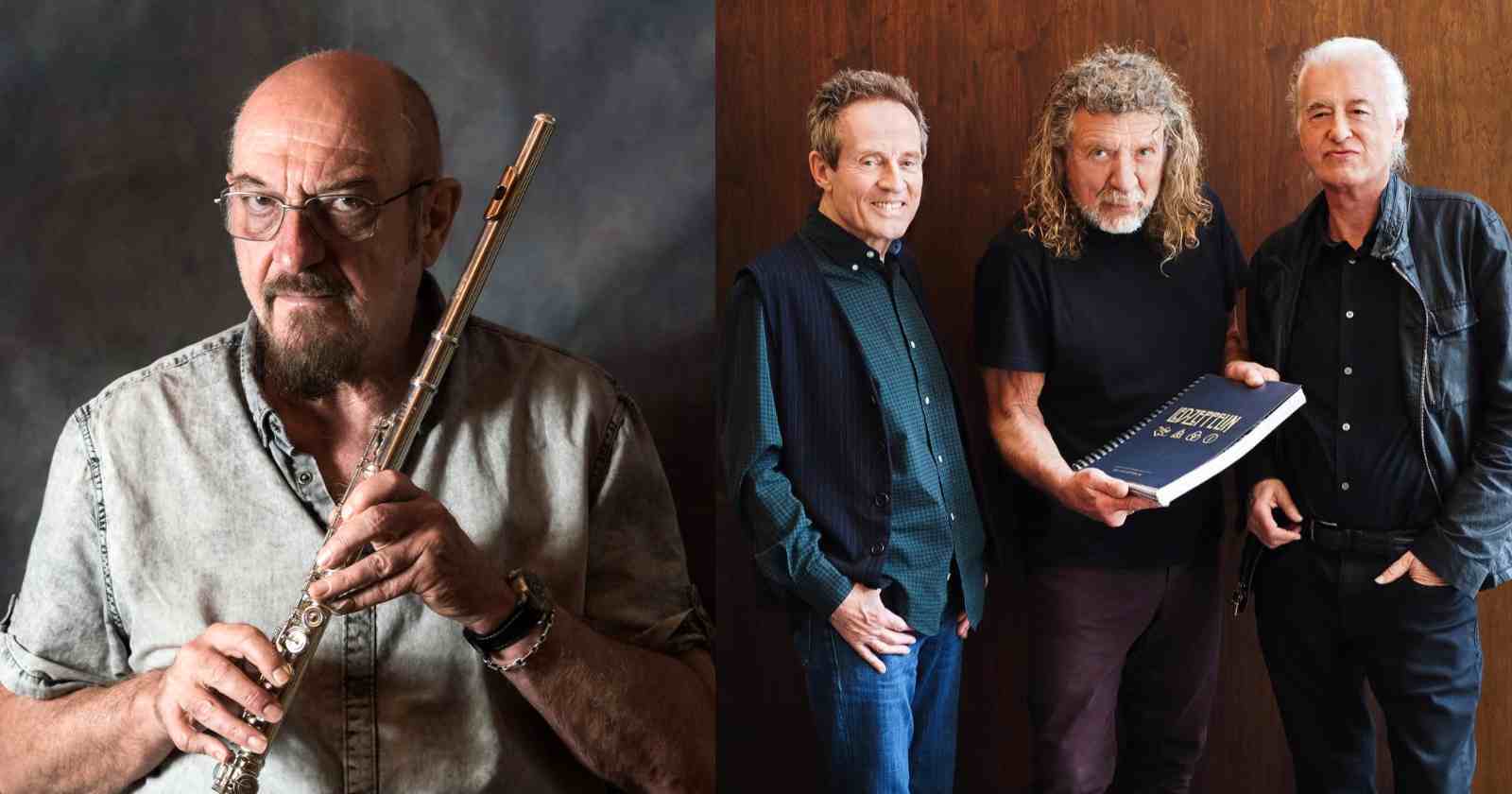 Multi-instrumentalist and singer Ian Anderson made history in Rock and Roll music as the leader of the important British Progressive Rock band Jethro Tull. Professional musician since the 60s, Anderson had the chance to also witness many incredible bands appear on the scene and he talked about many groups over the decades. In an interview with EON Music back in 2020 the musician gave his opinion on Led Zeppelin and talked about how some of their music might be close to Prog Rock.

What is the opinion of Ian Anderson on Led Zeppelin:

“Well, Led Zeppelin, like Jethro Tull began really, with a background in essentially, black American blues. But clearly it was in the song writing of Page and Plant, that it moved towards something that has every right to be called progressive rock. I don’t think it was a term usually applied to Zeppelin. Because they were in a world of their own, much of the time.”

“But looking back at it, there’s a lot of their work. Things like ‘Kashmir’, things that are very clever, quite complicated progressive rock ideas. Taking elements of rhythm and melody that were quite often deriving in influence-terms from other cultures, other music styles. So Zeppelin had, rather like Jethro Tull after the first album anyway, a very eclectic mind of musical taste and musical influence.”

In an interview with Independent back in 2013, Led Zeppelin vocalist Robert Plant recalled that not everything was good when Jethro Tull opened for them back in the late 60s: “I remember Jethro Tull. You know, the funny thing I remember was that they had this right-wing management team with this ironclad edict that no one from this band could fraternize with anyone from any other band.”

“The bass player got fired because he came out and played with us after the show when we were out being boys. But God bless Ian Anderson.”

Jethro Tull toured in the United States as the opening act of Led Zeppelin and Vanilla Fudge. In the interview with EON Music in 2020 Anderson recalled that he didn’t spoke much with Zeppelin members during the tour, saying: “Led Zeppelin were Led Zeppelin. They were rock gods. We were the humble support act. And we rarely spoke. Particularly to Robert, who was on a higher plane, as a vocalist, and as a person.”

“Jimmy Page was a little bit more friendly. But Bonham, you steered a mile away from, because he was a raving nutcase! He was always polite enough to me. But I probably just saw him on a rare good mood.”

“I think to some extent, the stories of Led Zeppelin being hell raisers who barged their way across America, there is an absolute element of truth about it. But probably wildly exaggerated,” Ian Anderson said.

The youngest of three brothers, Ian Anderson’s family moved to Edinburgh when he was 3. With influence of his father’s big band and jazz records, Anderson also was in love with Rock music during his youth.