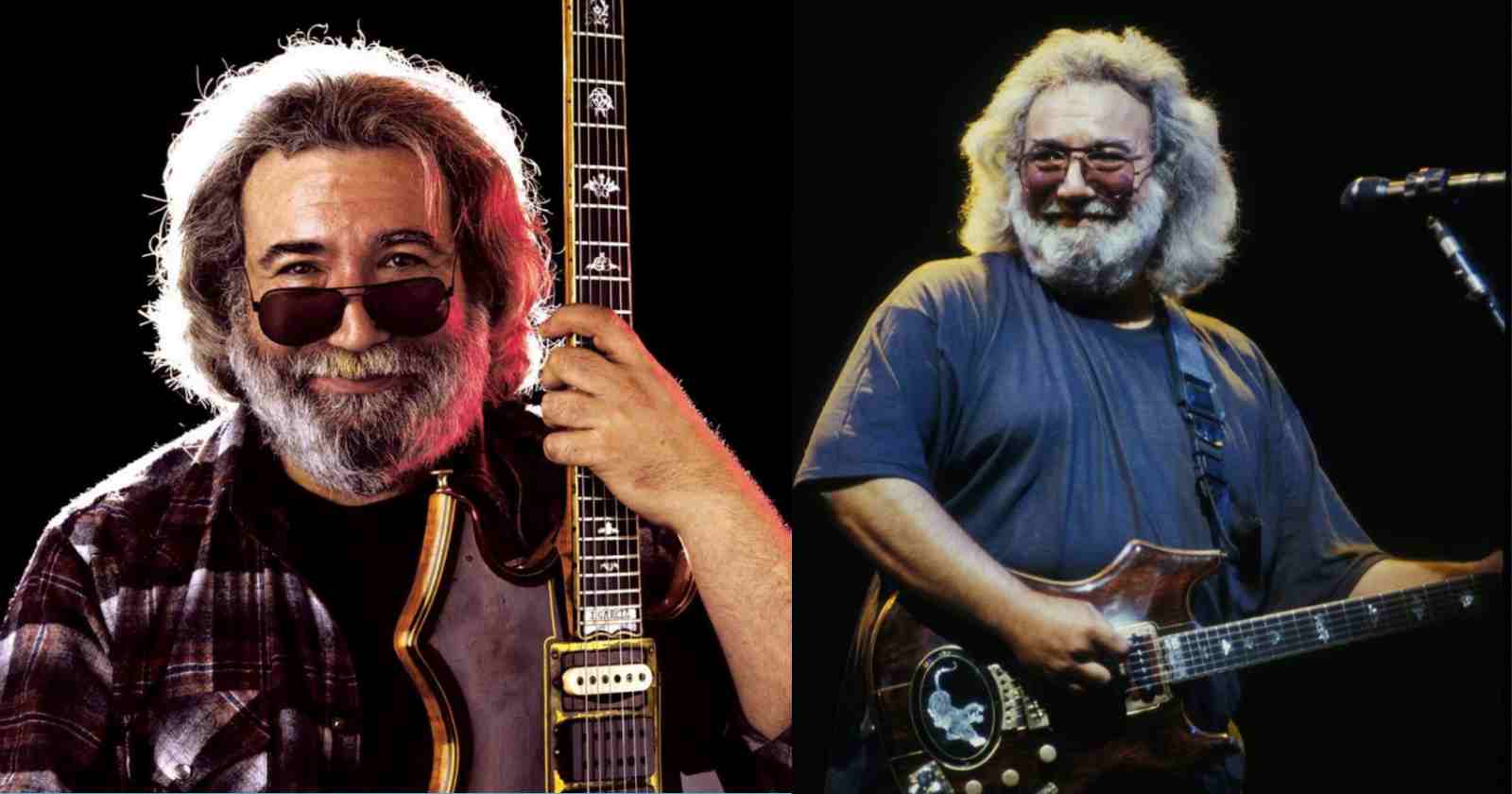 Born in San Franciso in 1942, guitarist and singer Jerry Garcia achieved fame as a member of The Grateful Dead. He helped the band to become one of the most famous groups in the United States. With a sound that mixed Rock, Folk, Jazz, Psychedelia, Blues and much more, they influenced countless generations of musicians worldwide.

Back in 1978 when the band was already successful, Jerry Garcia revealed in an interview with WCMF two new bands that he liked. Rock and Roll Garage selected what the musician said over the years about those artists and his connection with some of them.

When asked by WCMF about his opinion on the song Elvis Costello hit “Watching the Detectives” Jerry Garcia answered, saying (Transcribed by Rock and Roll Garage): “I like it. I like Elvis Costello”.

It turns out that Costello was also a big Grateful Dead fan. He also had the chance to play with the band in the late 80s. In an interview with Musician magazine in 1991, that he did side-by-side with Jerry Garcia, the British artist talked about the American band, saying: “I think one thing that’s overlooked about the Dead is the strength of the songs. If it wasn’t for all the cultural baggage that comes with the Grateful Dead, and maybe the name being in one way a defense and in another an alienating thing. Also if you were Norwegian or something, I think by now you’d be regarded as a sort of super jazz band.”

Born in London, England back in 1954, Elvis Costello first achieved fame in 1977 with the release of his debut album “My Aim Is True”. In the following decades he became a very influential musician. He also won multiple awards, including the Grammy Awards in 1999 and 2020. He also was inducted into the Rock and Roll Hall Of Fame back in 2003 by Elton John.

Talking with WCMF about the new music that was being released at the time, Jerry Garcia named Cheap Trick as one of his favorites, saying: (Transcribed by Rock and Roll Garage): “Some of that stuff I really like a lot. The so called New Wave music. Well, I really like the band Cheap Trick. I like them a lot. They’re great. I think they’re really great. What I like about it is the spirit, you know.”

Formed in Rockford, Illinois back in 1973, Cheap Trick first achieved fame in the late 70s. Successful albums like “In Color” (1977), “Heaven Tonight” (1978) and “Dream Police” (1979) helped them to climb to the top. During their career, the band sold an estimated amount of 20 million records worldwide. They also were inducted into the Rock and Roll Hall Of Fame back in 2016 by Kid Rock.

The group continues to tour with three classic members Robin Zander, Rick Nielsen and Tom Petersson. Their latest album “In Another World” was released in 2021. Until now they have released 20 studio albums.