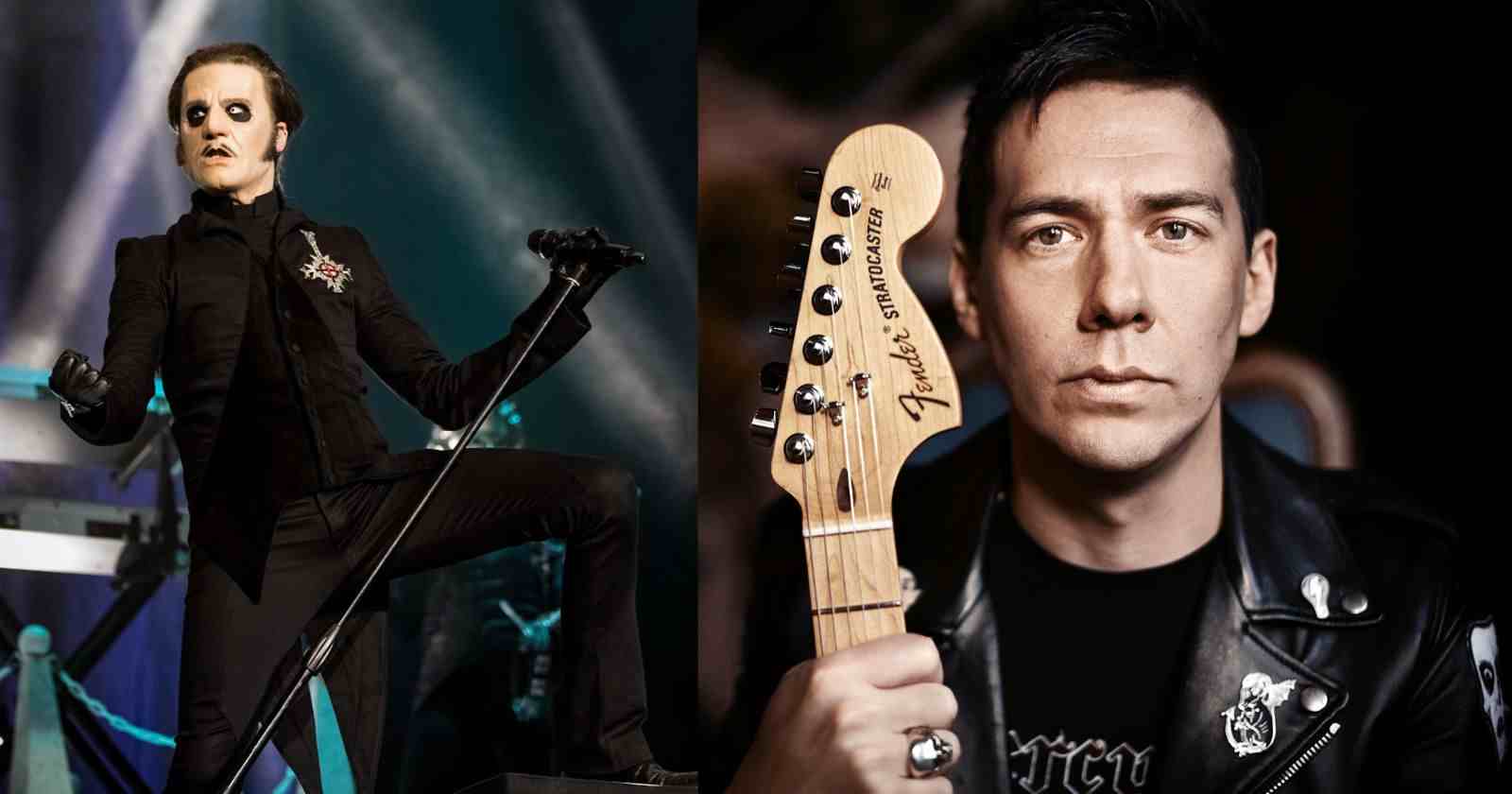 Swedish musician Tobias Forge was the creator of Ghost, one of the most successful new Rock and Roll bands of the last decade. He recalled in an interview with Metal Hammer how the band was born when he was almost 30-years-old, married with two children and working at a call center and desperate for money.

Tobias Forge recalls Ghost birth when he was working at a call center:

“Between 19 and 29, I was a very unsuccessful musician. I was always a big fan of Slash and Keith Richards. I wanted to be the cool guitar player rather than the singer.” However, after trying to reach famous guitarists to sing on the songs he recorded with friend and bassist Gustaf Lindström, the musician had to take the decision to be the singer on them in order to make the project happen.

And Ghost was born when Tobias was currently working at a call center and he created the logo of the band and concept while talking with customers on the phone: “It’s so ludicrous, because I know nothing about telephones or computers. I just mastered the art of bullshitting. I was sitting there just wishing for another life. Towards the end of 2009, I felt I needed to take the little time I had and focus all of it on one thing and Ghost was the best thing I’d ever done.”

So in March 12, 2010 his life changed when he uploaded the songs he recorded as Ghost to MySpace and the page exploded. But a family tragedy happened the same day, with the news that his brother had suddenly died:

“My wife was out, the kids were sleeping, my mum was asleep on the couch. I was sitting there, just euphoric about what was going on. Just after midnight, the phone rang. “My mum went up and answered it. She came back and everything just froze.”

“It felt like some weird trade: the band for my brother. It was like, ‘This has happened, there’s nothing I can do with it, I’ve just got to take the ball and run with it.’ And I’ve been running with it ever since.”

A big fan of Kiss, Alice Cooper and other Shock Rock bands he talked about his relationship with the Devil:

“I’ve lived most of my life in cahoots with the Devil,” says Tobias. “I deeply identify with the pop cultural Satan. I grew up with it, it’s in the music I listened to, the films I watched, the art I saw. He was the perfect father figure for an angry teen who wanted to blow up the world. I’m not an angry teen any more, but this is just my way of expressing myself.”