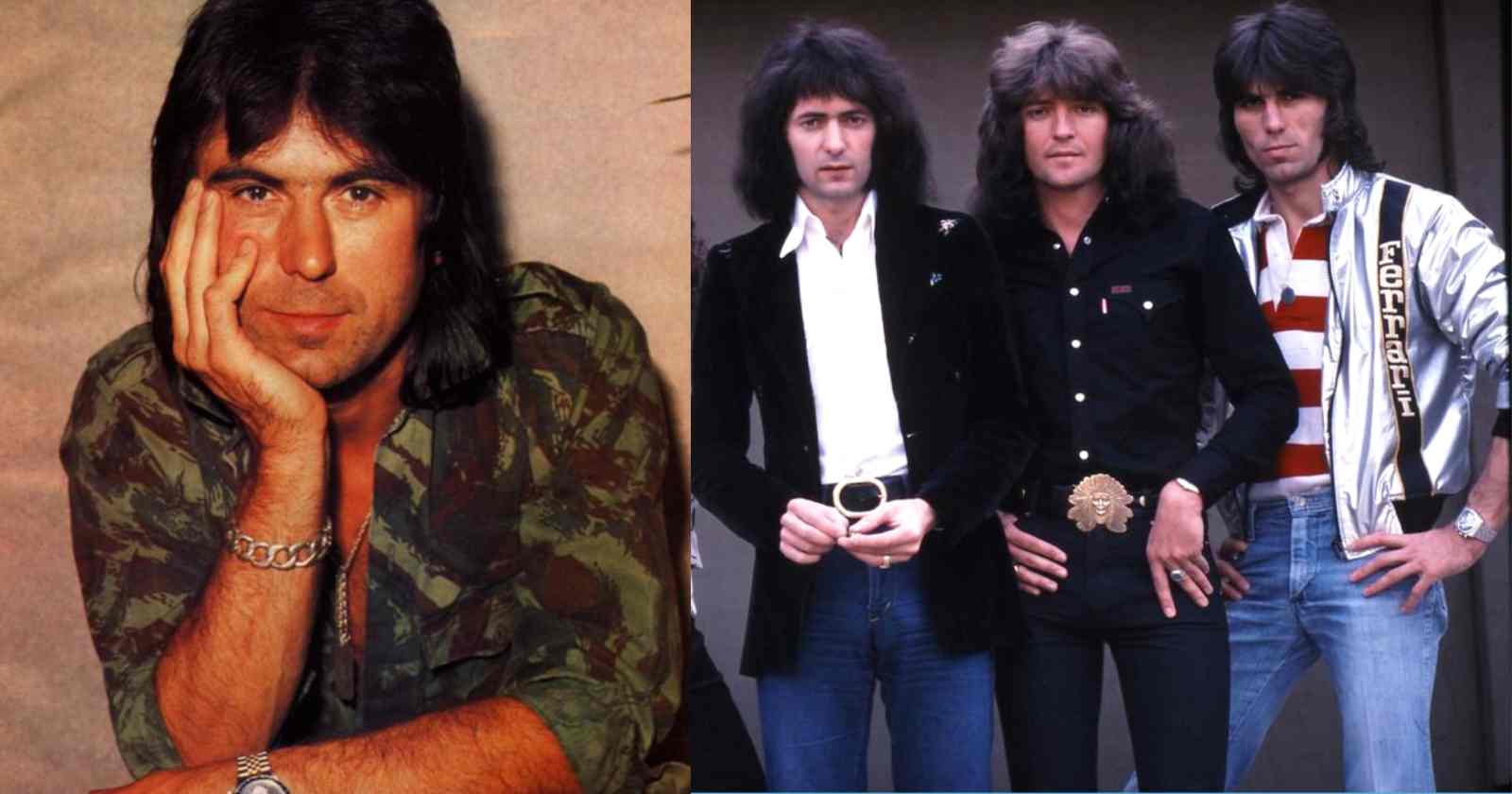 After leaving Deep Purple, guitarist Ritchie Blackmore was searching for a drummer for his new band named Rainbow and he wasn’t very happy with the musicians he auditioned. In an interview with Joe Geesin back in 1996, legendary drummer Cozy Powell recalled how he became the band’s drummer.

The story of how Cozy Powell became Rainbow’s drummer:

“I was number 80, or 77 or something like that. I’ve heard some funny stories about Ritchie being difficult with drummers. Apparently this one guy came along, set the drum kit up, looked the part, got his suitcase out and changed next to the kit with this all black kind of outfit and black gloves.”

“Eventually gets up and says he’s ready and Ritchie says ‘Get rid of him’. This poor guy doesn’t even play a note. I remember that audition. So I got a phonecall on the Wednesday night from my tour manager and got the plane to L.A. in the morning. Off the plane, check into the hotel and straight down to the audition. No time no nothing and a kit I’ve never even seen before.”

“There were about 100 people in this sound stage looking at me like a golden boy they’ve just flown over from England at great expense. The first thing he said to me was ‘Can you play a shuffle?’ How about this and BANG! started playing this shuffle and 20 minutes later ‘You’ve got the job’.”

In the same interview, Cozy Powell praised the Rainbow “Rising” (1976) album saying it was one of the best albums he ever done in his career.

Born in Cirencenter, England back in December 29, 1947 he played with legendary bands like Rainbow, Whitesnake, Black Sabbath and Emerson, Lake & Palmer. His solo career song “Dance with the Devil “ was the biggest English hit in 1973.

Then he joined Rainbow. Always in high demand, he alternated his work between studio sections and live concerts with a wide variety of bands such as Michael Schenker Group, Whitesnake and Black Sabbath never remaining in any band for long. In 1998, he worked on a long tour with Fleetwood Mac. In 1998 at the age of 50 he died in a tragic car accident.