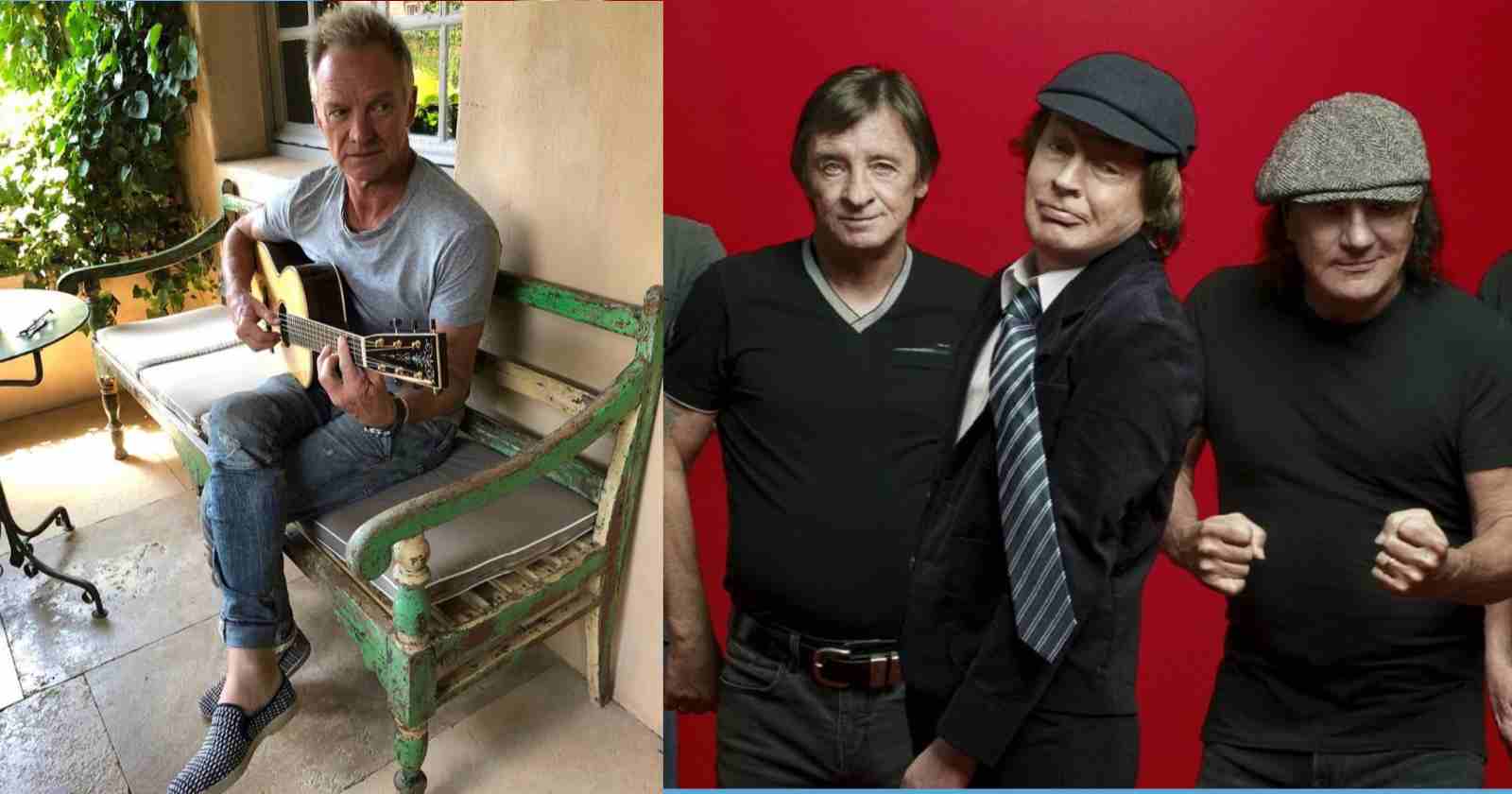 The Police bassist and singer Sting gave his opinion in an interview wtih Rick Beato (Transcribed by Ultimate Guitar) on AC/DC. During the same chat he said he consider himself a “Heavy Metal singer”, saying that “Register is interesting. Most heavy metal singers sing up there, so I’m a heavy metal singer – but I have a little more melody. It’s the same [kind of thing]; to get above the noise of the band you need that register. You can’t be a baritone with a rock band, really.”

The Police’s Sting gives his opinion on AC/DC

Although he doesn’t seem to enjoy AC/DC’s sound that much, Sting was interviewed by the singer Brian Johnson on his TV show “Brian Johnson’s A Life On The Road” and they even went to the famous New York bar CBGB’s back in 2017. On the episode, Sting talked about The Police’s humble beginnings, his rise to fame, the band’s break up and his pre-show rituals.

Sting released in November 2021 his new solo album “The Bridge” that was written in a year of global pandemic and finds Sting ruminating on personal loss, separation, disruption, lockdown, and extraordinary social and political turmoil.