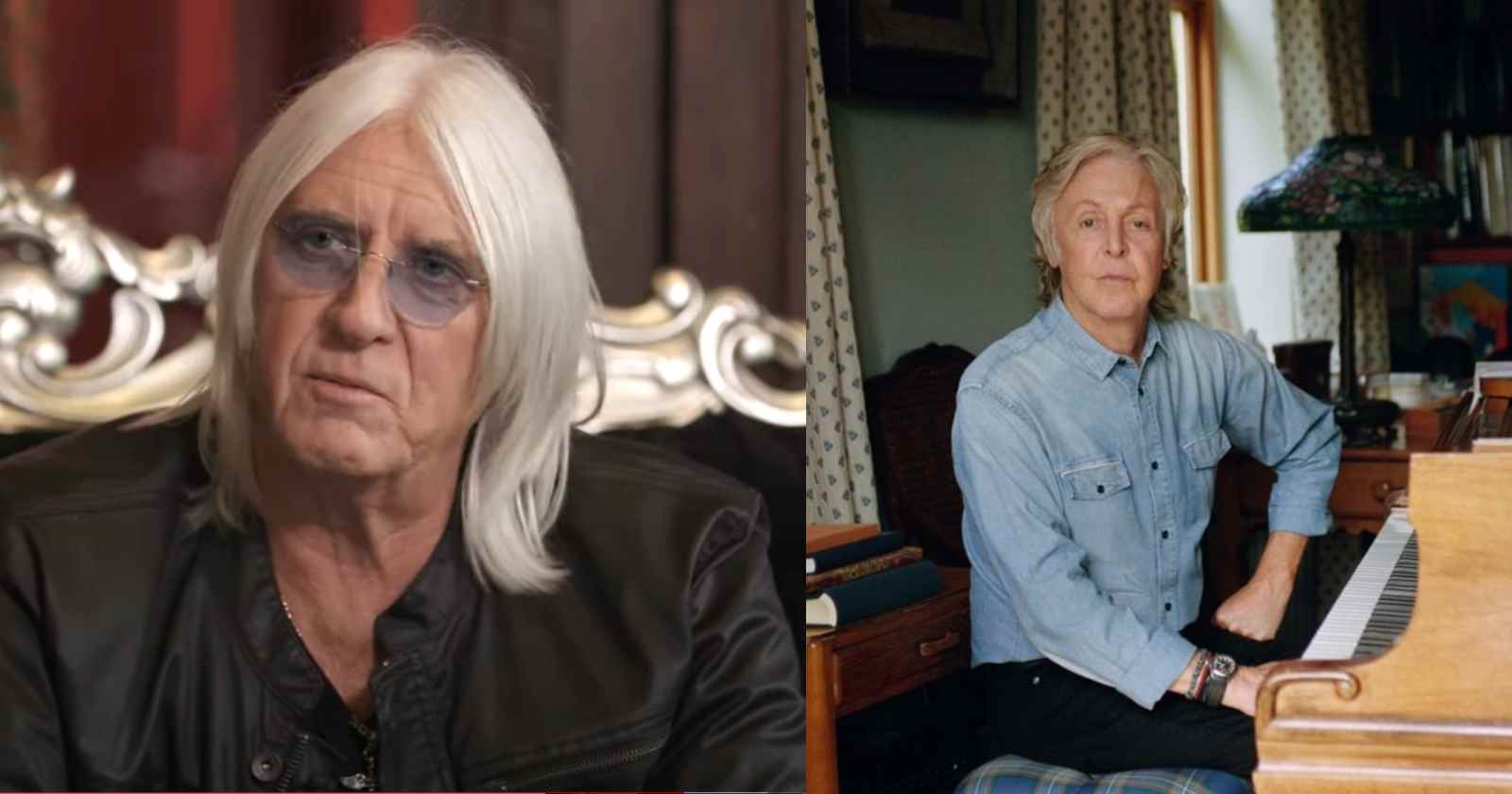 Images from Qboz and Mary McCartney

After The Beatles came to an end in 1970 all the four members started their solo careers and one of the most successful ones was Paul McCartney, that made many classic albums with his band The Wings and as a solo artist. Over the decades many artists talked about McCartney’s post-Beatles work and one of them was the Def Leppard vocalist Joe Elliott. In an interview with Stereogum in 2022 he revealed which song from the bassist and singer is his favorite

The Paul McCartney song that Joe Elliott picked as his favorite:

The legendary Def Leppard singer Joe Elliott chose the track “Little Lamb Dragonfly” from Paul McCartney and The Wings second studio album “Red Rose Speedway” (1973). “With the greatest respect to everything he’s ever written in the world ever, and the obvious “Live And Let Die”s and “Band On The Run”s and “Jet” and etc., I’m going for ‘Little Lamb Dragonfly’ off Red Rose Speedway. When I first heard that song, I was 13 or 14. There was something very melancholic about it that just sucked me in.”

“It sounded like someone doing poetic license on phrases, sat on a blanket at some country field having a picnic. It sounded the furthest away from what you’d expect the Beatles to be doing. So it wasn’t ‘Helter Skelter’ or ‘Strawberry Fields Forever,’ where they were pushing boundaries. It was just a guy, a gentle guitar part, really beautiful melodies. Still, to this day when I hear it, I get all kind of … squidgy. It’s a beautiful lament. Almost like a nursery rhyme,” Joe Elliott said.

The musician also recalled that his relatives tell him that when he was only three he used to pretend he was Paul McCartney with a plastic guitar, on a little stool singing The Beatles classic song “Love Me Do”. He was a huge fan of the group since he was a kid but when he became a teenager he started to listen to Glam Rock artists like Marc Bolan and David Bowie.

The album “Red Rose Speedway” also had famous tracks like “Big Barn Bed” and “My Love. But Paul McCartney and The Wings next album “Band On The Run” (1973) released only a few months later was the one that had the biggest hits. That record had famous songs like the title-track, “Jet”, “Let Me Roll It” and “Nineteen Hundred and Eighty Five”.