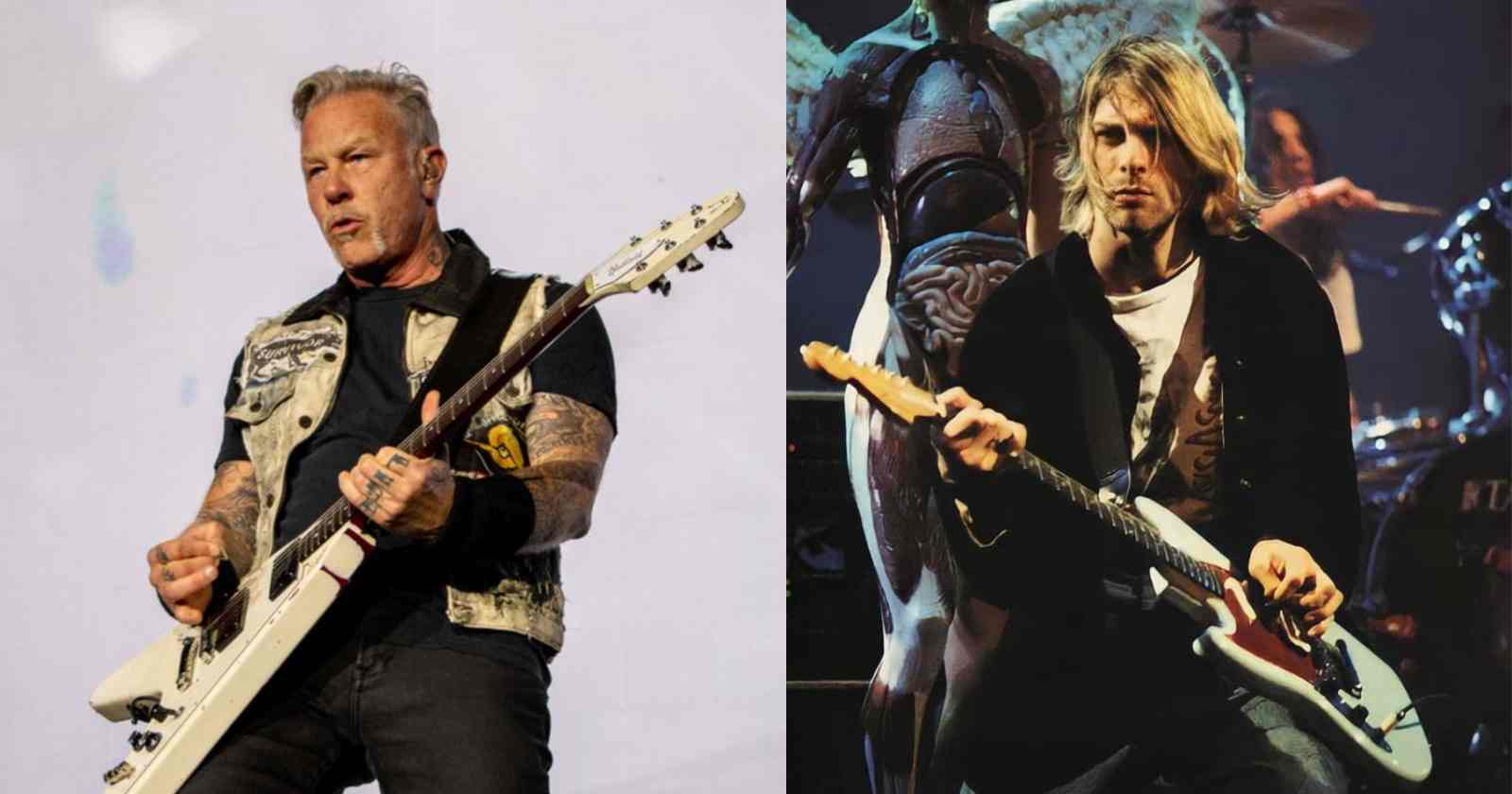 After Nirvana released their most successful album “Nevermind” in 1991, led by Kurt Cobain, Grunge became the main Rock and Roll genre embraced by the music industry and the mainstream media. It is considered the movement that “killed” the 80s “Hair Metal” that had extravagant looks and fast guitar solos. But the genre also affected almost all Heavy Metal bands that were seen by the industry and many music fans as things from the past.

That sense of division between the styles created some kind of rivalry between fans and bands but as the Metallica guitarist Kirk Hammett recalled in an interview for the 2006 documentary “Get Thrashed“, the Nirvana vocalist and guitarist Kurt Cobain was big fan of the Thrash Metal band.

The Metallica song and album that Kurt Cobain liked

According to Kirk Hammett, he had the chance to hang out a few times with Kurt Cobain in the early 90s and the musician told him that his favorite album of the band was the 1984 “Ride The Lightning”. Hammett recalled that in the documentary, saying (Transcribed by Rock and Roll Garage): “When we recorded ‘The Black Album‘ I was listening to this band that was on this independent record label. I was really into their first album. So I sat down with the singer. His name was Kurt. He said that one of his favorite albums was ‘Ride The Lightning’,” Kirk Hammett said.

Released in 1984, when Kurt Cobain was 17, “Ride The Lightning” is one of the Metallica’s most praised albums. Their second studio work had classic songs like the title-track, “For Whom The Bell Tolls”, “Fade To Black”, “Creeping Death” and “Fight Fire With Fire”, that are still performed live in concerts by the band.

After revealing that Cobain liked the album “Ride The Lightning”, Hammett revealed that one of the songs that Nirvana’s frontman liked the most was “Whiplash”. The musician also recalled a funny moment when the musician went to a Metallica concert. “One of his favorite Metallica songs was ‘Whiplash’. Right after we finished recording ‘The Black Album’, Kurt put out an album called ‘Nevermind’. Then all of sudden, Grunge was everywhere.”

“Kurt was a big Metallica fan. I can remember when we played in Seattle, I think it was 1992. Kurt came to the show and he was in the snakepit, a little area on the stage. I remember the entire time we were playing he kept waving his arms at me. I went over there. So what he had to say and his one question to me was ‘Are you guys gonna play ‘Whiplash’ tonight?’ (laughs) and we did,” Kirk Hammett said.

“Whiplash” is the sixth track of Metallica’s debut album “Kill’ Em All” released in 1983 and the group constantly opens their concerts with the song. That album also had other famous songs like “Hit The Lights”, “The Four Horsemen”, “No Remorse” and “Seek & Destroy”.