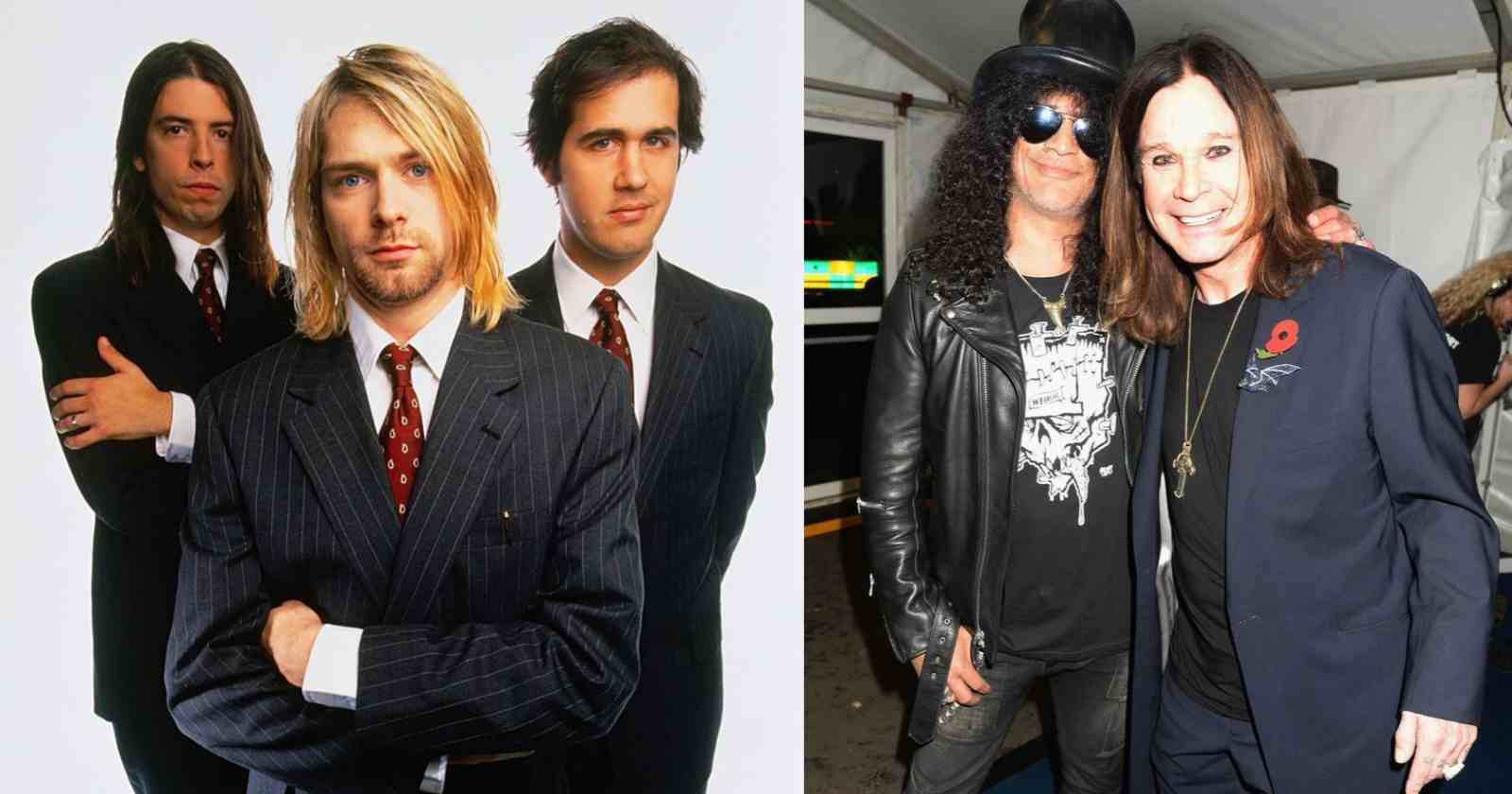 Nirvana changed Rock music in late 80’s and the early 90’s being part of what would become the Grunge movement, finding mainstream success with their 1991 album “Nevermind”. They were invited by many famous bands at the time to be their opening act but they refused as Kurt Cobain revealed in an interview with Gilbert Blecken back in 1991.

4 famous bands that Nirvana refused to be their opening act:

When talking about Ozzy Osbourne in the interview, Kurt Cobain said: “He also asked us to go on tour with him, but we turned it down. It would have been fun and kind of exciting to be part of his last shows, but we don’t really wanna play in huge arenas supporting someone.”

The interviewer then asked if it was true that the group also said no to a Guns N’ Roses offer, to which Cobain replied: “Yeah. And Rush, Skid Row and a bunch of others also asked us. Those kind of bands.”

In an interview with Lauch Radio Networks back in 2007, the musician listed his favorite Hard Rock bands and one of them was Nirvana. Ozzy said about the group: “Apparently, I met (late Nirvana frontman Kurt Cobain), ’cause I was talking to Dave Grohl and he said, ‘You probably don’t remember this, but when you were in Devonshire Studios in the (San Fernando) Valley, me and Kurt were in the room where they had a pool table. When you walked in we were like, ‘F***ing hell.’”

In the early 90’s, Ozzy Osbourne was incorrectly diagnosed with multiple sclerosis, that is a potentially disabling disease of the brain and spinal cord (central nervous system) what made him announce the “No More Tours” tour, name that related to his recent album “No More Tears” and the fact that he would retire due to the disease. However, later he found that there was nothing wrong and continued his career.

Back in 1991 Rush was promoting their 14th studio album “Roll The Bones“, which had commercial success reaching the 3rd position in the United States. Their tour to promote the album happened between October 1991 and July 1992, playing in Canada, United States and Europe.

In 1991 Skid Row had just released their famous album “Slave To The Grind” that was the first Heavy Metal record to chart at number one on the Billboard 200 in the Nielsen SoundSacan era, selling 134.000 copies in its opening week. The group was Guns N’ Roses opening act during the North American leg of their “Use Your Illusion” Tour back in 1991.