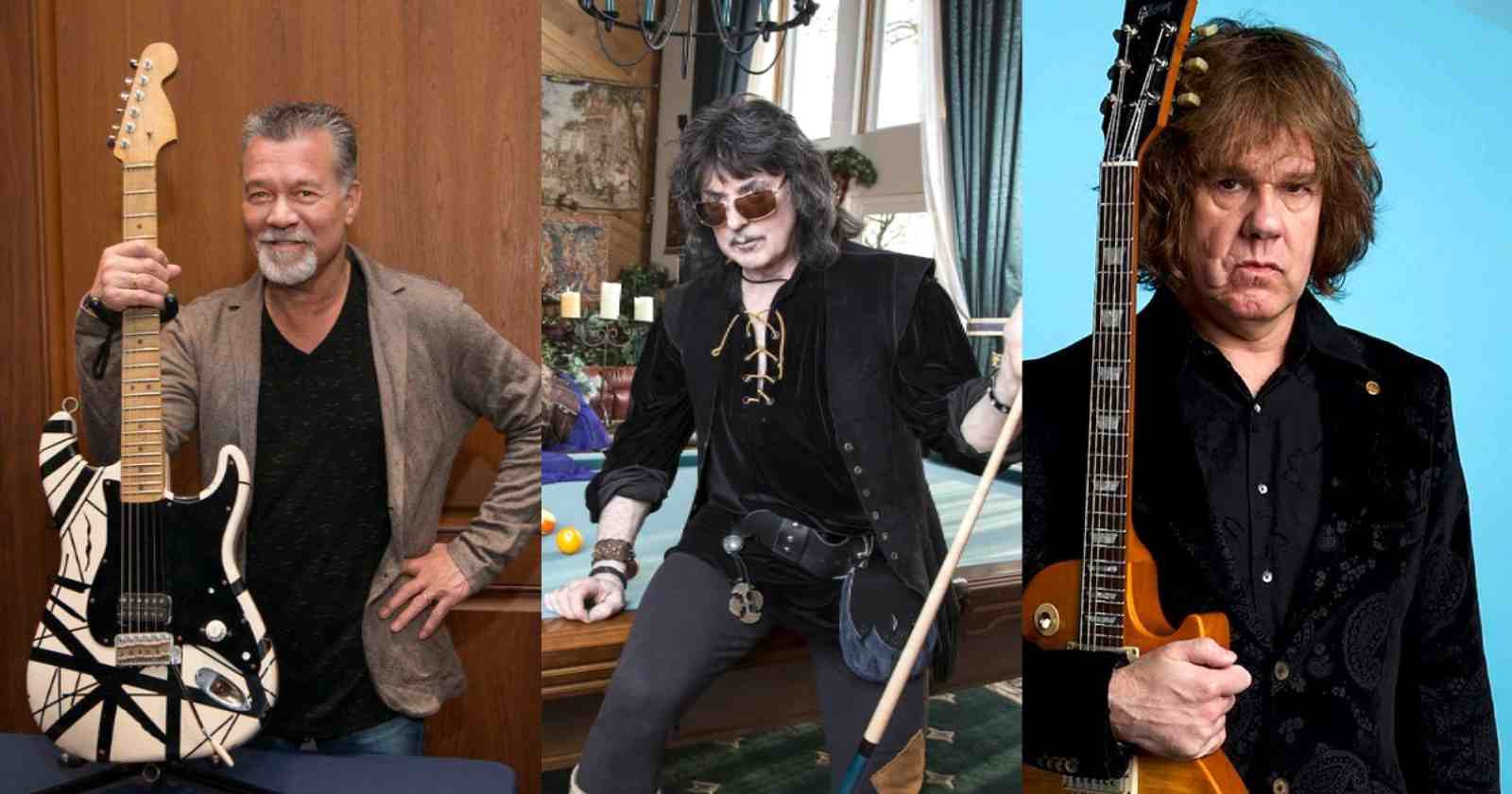 British guitarist Ritchie Blackmore (Deep Purple/Rainbow) was a big inspiration for two legendary guitarists that also made history in Rock and Roll music: Eddie Van Halen and Gary Moore. But the first time the two had the chance to see Blackmore face to face was not like they imagined.

In an interview with Mulatschag TV back in 2020 (Transcribed by Rock and Roll Garage), keyboardist Don Airey, who played with bands like Rainbow, Gary Moore, Ozzy Osbourne and it’s since 2002 a member of Deep Purple, recalled he witnessed the first time that the three legendary guitarists Eddie Van Halen, Gary Moore and Ritchie Blackmore met each other for the first time.

The funny way Van Halen, Blackmore and Gary Moore first met each other:

When asked which guitarist he never had the chance to play during his extensive career and would like to, he answered that it was Eddie Van Halen and recalled the funny story:”Oh, Eddie Van Halen. I’m a big fan. He is wonderful. There was once when Gary Moore first to L.A he befriended with Eddie because for the first time in his life he had someone that seriously frightened him, you know. They came to a Rainbow gig at Long Beach and they both looked so young, especially Eddie.”

“Eddie wanted to meet Richie and I suddenly saw Richie coming and I said ‘Hey Richie, I want you to meet two people. This is Gary Moore and this is Eddie Van Halen’ and Richie kind of stormed off (laughs). I don’t know what he thought I was trying to set him up or something”.

In an interview with The Highway Star back in 2004, Airey also told the story when recalling when Gary Moore and Eddie Van Halen first saw Blackmore, that is known for his your introverted personality. “Actually, I had a marvellous thing when I was in Rainbow. The first American tour, we got to LA and Gary had moved there and we had a night out. He said, ‘I’ve gotten matey with Eddie Van Halen.’ and so they came to the gig together.”

“Eddie looked like a kid, he was such a lovely chap. So then I saw Eddie’s eyes going, big eyes, you know? ‘Oh, Ritchie’s coming!’, and he couldn’t believe it. So I said, ‘Ritchie, I want to introduce you, this is Gary Moore and this is Eddie Van Halen.’ And Ritchie just stormed off!”

“He must have thought I was taking the piss or something. And Eddie went, ‘what did I do?’. I said, ‘nothing.’ I don’t know, it was very strange. I think Ritchie thought — I don’t know, I don’t know what he thought! It was one of those wonderful Ritchie moments! Eddie still talks about it.”

Ritchie Blackmore praised the guitarist after his death

Although Blackmore criticized in an interview with Guitar World back in 1991 the “tapping movement” that started with Eddie Van Halen’s playing style, the musician paid tribute to Eddie Van Halen after his death in 2020, saying in an statement that he was the ultimate guitar hero: “Eddie Van Halen was a brilliant guitarist who started a technique of guitar playing which was emulated by a whole generation of guitarists”.

“He was one of the nicest musicians I ever met in the music business. Very shy and not at all conceited about his ability as a guitar player. Frank Zappa said [Eddie] reinvented the guitar. I agree. He will be sadly missed but his brilliant legacy will always be remembered. The ultimate guitar hero.”