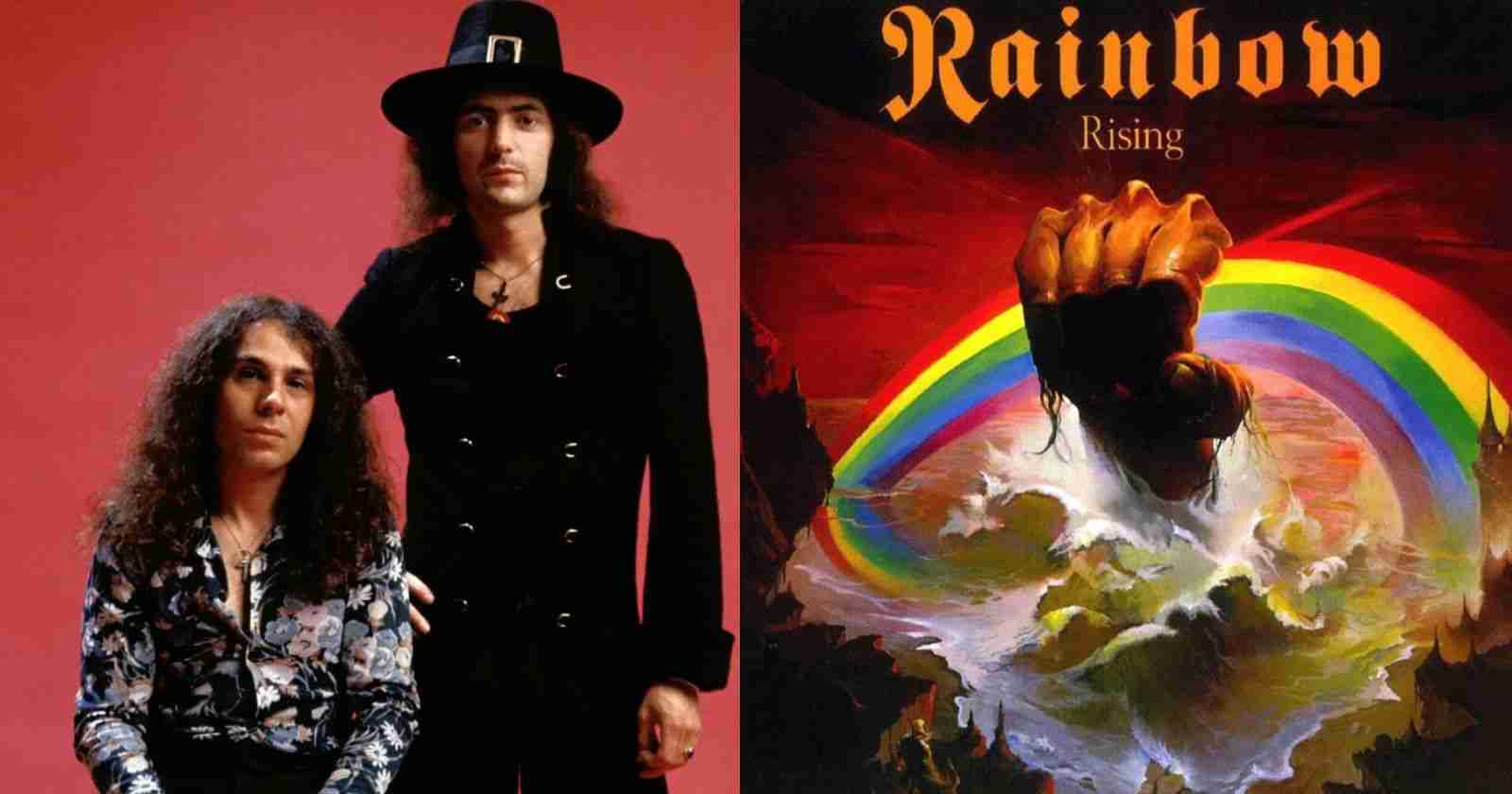 After leaving Deep Purple in 1975, legendary guitarist Ritchie Blackmore formed Rainbow with Ronnie James Dio. The three first albums of the group “Ritchie Blackmore’s Rainbow” (1975), “Rising” (1976) and “Long Live Rock ‘n’ Roll” (1978) still are milestones in rock history. In an interview with Neil Jeffries back in 1995 the guitarist revealed the funny way Rainbow’s name was chosen.

When Blackmore revealed the funny way Rainbow’s name was chosen:

“It came from the Hollywood Bar & Grill (aka the Rainbow on LA’s Sunset Strip). I was in there with Ronnie [James Dio] getting drunk as usual and said: “What shall we call the band?” and just pointed to the sign.”

Lucky you weren’t in the Pheasant and Firkin.

“Or the Bull And Bush. Or all the other transvestite bars we used to go to.”

Rainbow came out of your disenchantment with Mark III. When it came to recording their debut album, Ritchie Blackmore’s Rainbow, you used members of the band Elf, including singer Ronnie Dio. But a different line-up backed you on Rainbow’s debut tour. Did you ever intend to tour with that band?

“I did. Until we got to rehearsals and I realised how bad it would be. In the studio they made it – except for Gary [Driscoll, drummer]. He had a tendency of losing the tempo, then catching up. We’d start playing, and I’d watch him and his headphones would slowly slide off and he’d slowly lose the tempo. So after four takes we would have to tape them to his head. He was so nervous. Once he counted one, two, three, four, and everybody came in – except for him! [laughs]. But he was such a nice guy. I’ve got this thing with drummers if they can’t keep time.”

Most people think Rainbow Rising is the best album Rainbow made.

“No. He had some girl on the bed with him. I set fire to something and put it by his bed, and it started catching the bedclothes. I thought he’d pick it up and put it out. But he didn’t see it. So I’m there watching these flames, going: “Er, Jimmy…” “Fucking hell! The bed’s on fire!” So he grabbed the bedclothes and threw them out of the window. But when it hit the ground it hit the Astroturf and set that ablaze too,” Ritchie Blackmore said.