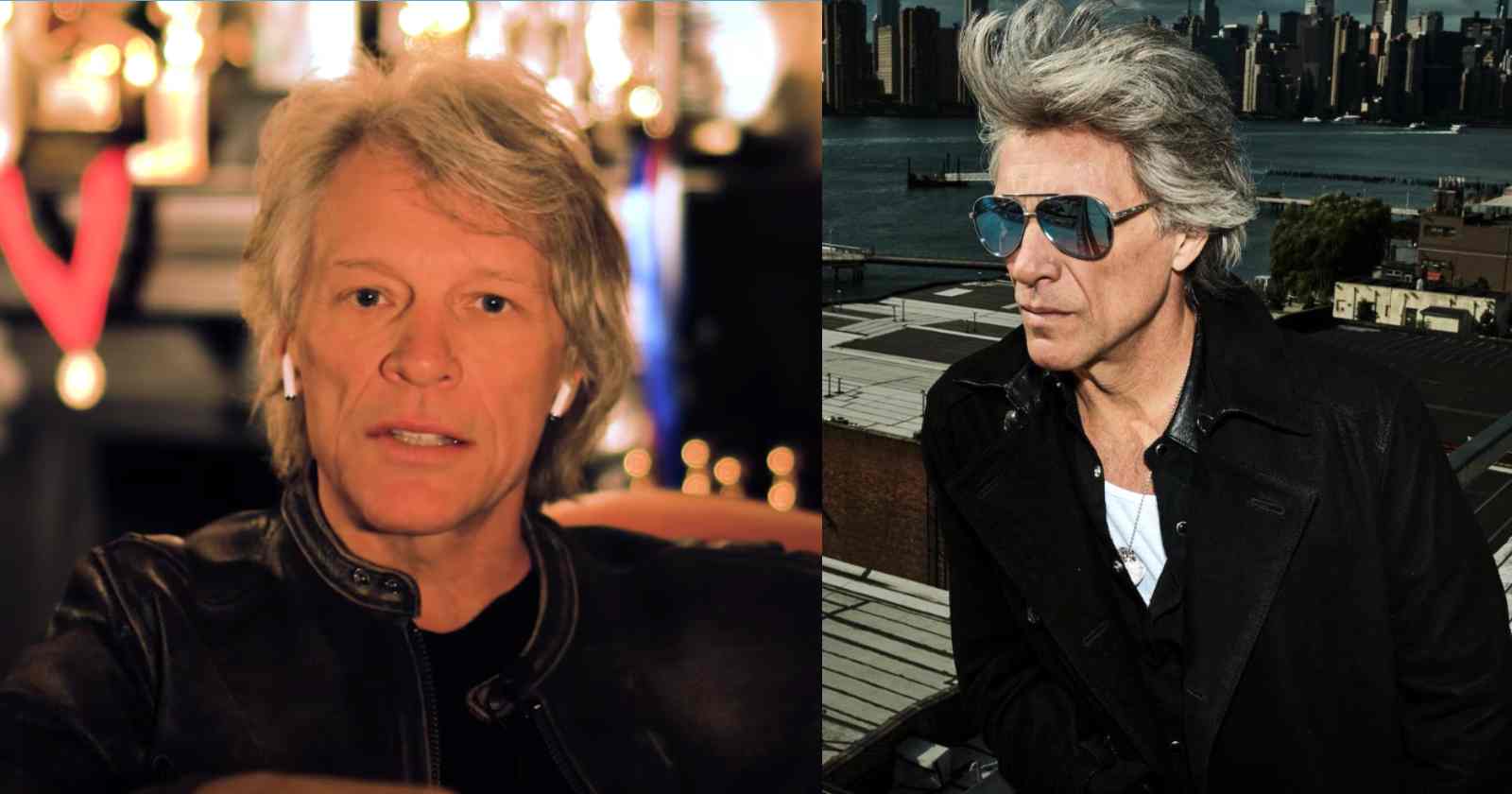 Leader of one of the best-selling bands of all time, Jon Bon Jovi influenced many groups and singers that appeared after the band’s debut album was released back in 1984. During a live Q & A session with fans on Bon Jovi’s Facebook back in 2016, the musician listed 7 artists that were inspiration for him because of their “lyrical content and for their energy”.

Rock and Roll Garage selected what the musician said over the years about those artists and his connection with some of them.

“The E Street Band, growing up were a huge influence. Some of the great stories of my youth, a long time time ago now (laughs). But those great albums of the late 70s and early 80s, that showmanship was second to none,” Bon Jovi said on his livestream (Transcribed by Rock and Roll Garage).

“The key to it all is songs that stand the test of time. So I’ve been lucky enough over the years to have gotten to actually know Sir Paul McCartney. He sings a Beatles song and you just think ‘Where that magic come from? How it is that you still can sing them all today and look that great? Still be a generous storyteller that he is and a great guy? So none of us would be doing any of this without The Beatles,” Jon Bon Jovi said on his livestream (Transcribed by Rock and Roll Garage).

In a conversation with Howard Stern back in 2020, Bon Jovi recalled the funny way he calls Paul McCartney when the two meet (Transcribed by Rock and Roll Garage): “Whenever you run into you’ve become a teenage fan. I was with him and we went to see The Eagles play. I said ‘Beatle Paul’. He he said ‘Why do you call me Beatle Paul?’ And I said ‘because I’m too old to call you Mr. McCartney’. I’m too in reverence to dare think we are that close that I can call you ‘Paul’. So I said ‘Do you like Yor Majesty or Beatle Paul?’ He is a Beatles for God’s sake. (Also) one of the sweetest guys you’ve ever met in your life,” Jon Bon Jovi said.

Over the years he perfomed many Beatles songs live. But in 2022 he had the chance to sing happy birthday to Paul McCartney during the show of the Beatle performance in New Jersey.

Jon Bon Jovi is a big Leonard Cohen and even covered live the classic song “Hallelujah”. The track was also released as bonus track of the 2007 album “Lost Highway”. In an interview with Time Out back 2010, the musician explained what the song means to him, saying: “I have such feeling for the lyric and understanding of the lyric. Too many kids sing that song like a Christmas carol and haven’t got a f*cking clue about the innuendo in that lyric. It’s a big part of who I am, the storytelling connection with that audience member who I’m singing it to,” Jon Bon Jovi said.

Leonard Cohen himself gave his opinion on the cover version when talking with Pitchfork in 2013. He said that it wasn’t the most “profound reading” of the song but it was a “legitimate reading”.

One of the most important Canadian musicians of all time, Leonard Cohen was known for his songs that were almost poems. Besides a musician he also was a poet and novelist. Some of his most famous songs are “Hallelujah”, “Suzanne”, “You Want It Darker” and “Everybody Knows”. He also was inducted into the Rock and Roll Hall of Fame in 2008 by Lou Reed.

Bon Jovi is also a great fan of Paul Simon’s work. He already covered over the classic tracks from Simon & Garfunkel like “Bridge Over Troubled Water” and “Mrs. Robinson”.

Born in Newark, New Jersey back in 1941, Paul Simon made history with the music he created with Art Garfunkel and on his solo career. Simon has earned sixteen Grammy Awards for his solo and collaborative work. Also including three for Album of the Year and a Lifetime Achievement Award.

He was inducted into the Rock and Roll Hall Of Fame twice, once as a member of the duo Simon & Garfunkel and then as a solo artist.

In a conversation with Forbes back in 2020, Jon Bon Jovi talked about the American musician and actor, saying: “I adore Tom Waits. Waits and Cohen, two of my favorite lyricists absolutely. He’s a genius. Some people just think of ‘The Heart Of Saturday Night’. Or if they really think they’re witty they go, ‘You know, he wrote ‘Jersey Girl.” (Cracks up) Yeah. I know. I love a good storyteller. He is one of the greats.” Bon Jovi already covered live many times the Tom Waits’ famous 1980 track “Jersey Girl”.

Born in Pomona, California back in 1949, Tom Waits is a musician, composer, writer and actor. His lyrics often focus on the underbelly of society and are delivered in his trademark deep, gravelly voice. He was inducted into the Rock and Roll Hall of Fame in 2011 by Neil Young, who said in his speech that: “Tom Waits is indescribable and I’m here to describe him”.

The Rolling Stones is another band that Bon Jovi loves and covered their famous tracks multiple times live in concert over the years. The musician had performed songs like “Jumping Jack Flash”, “Start Me Up” and “Sympathy For The Devil”.

Talking with Rockonteurs podcast back in 2021, the musician recalled that before he was famous he had the chance to meet Mick Jagger briefly. It happened when Bon Jovi was 18. He was working at the Power Station, famous recording studio in New York. “They paid me $50 a week to be the gofer. If it was a weekend or a late, late night, I could go in and record.”

“I’ll never forget this. I was outside paying my cabby and The Stones got out of whatever car it was they were getting out of. At the same time, they were going into (The Power Station) studio and a photographer jumps out of a trash bin and the paparazzi starts taking pictures. I swear to god this is true. The Stones, they open up the door of the studio… Wyman, Mick and Keith. They go into the studio.”

“The photographer is screaming, ‘Mick, Mick, Mick! Give us a picture!’ And I swear to you. He grabs me and these kids and he says, ‘Here’s my new band: The Frogs’. And we took a fucking picture.”

Bon Jovi also had covered U2 live in concert a couple times, especially when playing in Ireland. The famous band was formed in 1976 by Bono (Vocals), The Edge (Guitar), Adam Clayton (Bass) and Larry Mullen Jr. (Drums). They are one of the few famous groups that still have the original band members for more than four decades.

They also are one of the best-selling bands of all time with an estimated amount of 150 to 170 million records sold worldwide. U2 was inducted into the Rock and Roll Hall Of Fame back in 2005 by Bruce Springsteen. Some of their biggest hits are “One”, “Sunday Bloody Sunday” and “With Or Without You”.