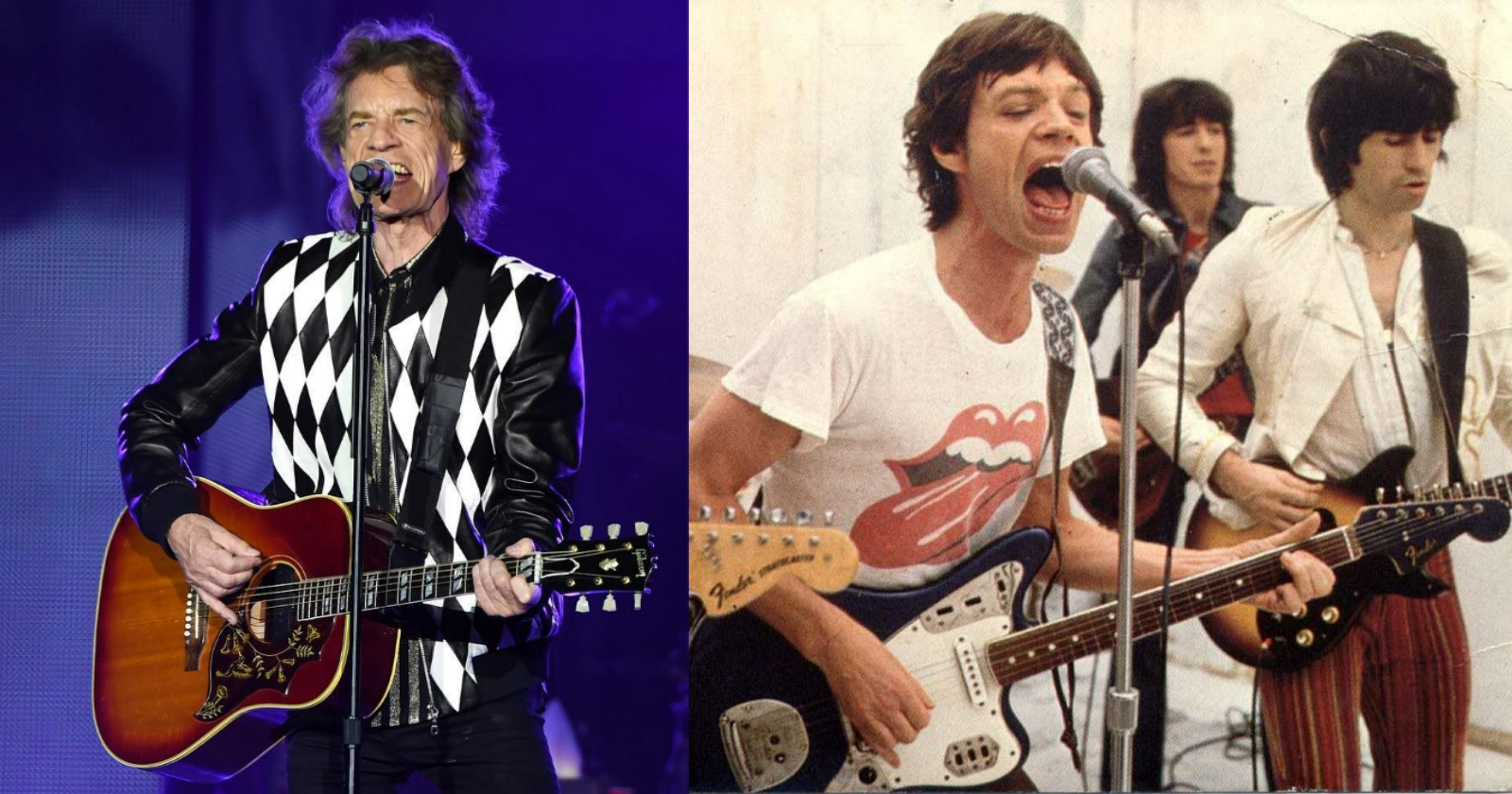 One of the most famous vocalists in history, Mick Jagger is the voice of The Rolling Stones since the foundation of the band in 1962 and had the chance to see during the last 6 decades many artists, especially Blues musicians, music genre that is the main inspiration for the Stones sound. In an interview with Planet Rock show “Blues Power” back in 2020 (Transcribed by Rock and Roll Garage), the musician listed 11 Blues songs that are some of his favorites of all time and explained why they are so important.

“‘I’m So Happy I Cry’ by the Fantastic Negrito who is the son of a Somali and he recorded this with another group that is from New Orleans called Tang & The Bangas,” Mick Jagger said.

Released on Fantastic Negrito‘s 2020 album “Have You Lost Your Mind Yet?”, the track “I’m So Happy I Cry” features Tank and the Bangas as was pointed by Jagger. The record was praised by the critics and even won the Grammy Award for Best Contemporary Blues Album and peaked the first position on the Billboard Top Blues Albums chart.

“From a record called ‘Sweet Tea’, that people (sort of) like and they didn’t like it and everything. It was taking Buddy back literally to Mississippi and putting him in a shack, which sounds rather sort of pretentiously weird. Anyway, that’s what they did and used a lot of local Mississippi musicians in an attempt to get Buddy back into the Mississippi Delta.”

“It was actually the first track on a movie I watched the other night called ‘Hustle & Flow’, a Rap movie. Anyway this is the track that started off the movie. So I hope you enjoy it. He’s tuned the guitar down like about two tones from the normal tuning. So you will hear what I mean, it makes it very dark,” Mick Jagger said.

Memphis Minnie “Has Anyone Seen My Man”

“Has Anyone Seen My Man” by Memphis Minnie who is described as ‘Queen Of The Delta Blues Singers’. She was popular in the 30s and 40s. She was very ladylike, beautifully dressed but she could fight, get drunk and spit apparently with the best of the men,” Mick Jagger said.

Born in Lettsworth, Lousiana back in 1936, Buddy Guy played back in the 60s with Muddy Waters as a session musician at the famous Chess Records. He won 8 Grammy Awards and is considered one of the best guitar players in history. Some of his most famous song are “Feels Like Rain (Featuring Bonnie Raitt), “Damn Right, I’ve Got The Blues”, and “Mustang Sally (Featuring Jeff Beck)”.

“This is called ‘Too Drunk To Drive Drunk’, which makes perfect sense. It’s by Joe Louis Walker who I know quite well. I actually performed on stage with him. He is very kind to me and gave me a guitar. I don’t if he was trying to encourage me to play better. But anyway, he actually won a Grammy, I think for his last album. So he is very well known. I hope you like this track,” Mick Jagger said.

Born in San Francisco, California back in 1949, Joe Louis Walker is a respected Blues singer, guitarist and producer. His first album “Cold Is The Night” was released in 1986. Some of his most famous songs are “Old Time Used To Be”, “Going To Canada” and “Blues Comin’ On”.

Freddie King “Palace Of The King”

“Freddie King, a great guitar player. This was recorded by Shelter Records, originally. I think in charge of the band was Leon Russell playing piano on the track. So it’s not a traditional Blues sequence, it’s got backing vocals, it’s kind of slightly, you may say commercial. But I think it’s a fantastic Blues record,” Mick Jagger said.

An important Blues guitarist, Freddie King was born in Gilmer, Texas in 1934 and died too soon at the age of 42 in 1976. He is often recalled for his powerful voice and distinctive way of playing the guitar.

Freddie King was inducted into the Rock and Roll Hall Of Fame back in 2012 by ZZ Top members. During the induction speech, the band said that King was the “Texas cannonball”.

One of the first and most influential female guitarists of all time, Sister Rosetta Tharpe was born in Cotton Plant, Arkansas in 1915. She achieved fame in the 30s and 40s with her Gospel recordings, that mixed the electric guitar and spiritual lyrics.

Besides “Dind’t It Rain, some of her most famous songs are”My Journey To The Sky”, “Strange Things Happening Every Day” and “Precious Memories”.

Born in Widener, Arkansas, the guitarist Luther Allison was born in a musical family and coincidentally had the chance to be classmate with the son of the legendary Muddy Waters. During his career he worked with names like Howlin’ Wolf,  Freddie King, Otis Rush and Magic Sam.

Some of his most famous songs are “Bad News Is Coming”, “Should I Wait” and “Life Is A Bitch”.

“So I though we (could) do some acoustic Blues. So I’ve chosen Mississippi Fred McDowel. The Stones recorded ‘You Gotta Move’, which is by him. So this one is called ‘Drop Down Mama,” Mick Jagger said.

Even though he had Mississippi in his name, Mississippi Fred McDowell was born in Rossville, Tennessee in 1904. Some of the American Hill Country Blues singer and guitarist most famous songs are “You Gotta Move” (Covered by the Stones), “Good Morning Little Schoolgirl”, “Kokomo Blues” and “Write Me a Few Lines”.

“Bringing things really up to the present day, Britney Howard, fantastic singer with the Alabama Shakes ‘Always Alright’, which I particularly like,” Mick Jagger said.

One of the most famous bands rooted in the Blues that appeared in the last decades, Alabama Shakes achieved fame with the 2012 album “Boys & Girls” that had the hit “Hold On”. In 2016 they released their second album “Sound & Color” that had the song “Don’t Wanna Fight” that won the Grammy Awards for “Best Rock Performance” and “Best Rock Song”. Since then the group didn’t release other studio albums.

“Another ‘King’ guitarist. This time Albert King playing with Stevie Ray Vaughan, they did a duet album which they recorded in Canada. So every track is just a knockout, I think . Also this one that is called ‘Pride and Joy’, which is a Stevie Ray Vaughan tune,” Mick Jagger said.

One of the first famous musicians to use the Flying V guitar model, Albert King is most known for the classic 1967 album “Born Under A Bad Sign”. The legendary left-handed guitarist and SRV were friends and even played together in 1983, as pointed by Jagger, at CHCH-TV studios in Canada when Vaughan was 29 and King 60. 16 years later, in 1999, that performance was transformed into an album called “In Session”.

“I had to put in a Little Walter track, who is everyone’s favorite harmonica player, of course mine. This is an instrumental I found called ‘Boogie,” Mick Jagger said.

Born in Marksville, Louisiana, back in 1930, Little Walter was a singer and harmonica player that had strong impact on future generations of musicians. His work helped other musicians to see what could be done with the harmonica. He was inducted into the Rock and Roll Hall Of Fame back in 2008 and still is the only artist that was inducted specifically as a harmonica player.