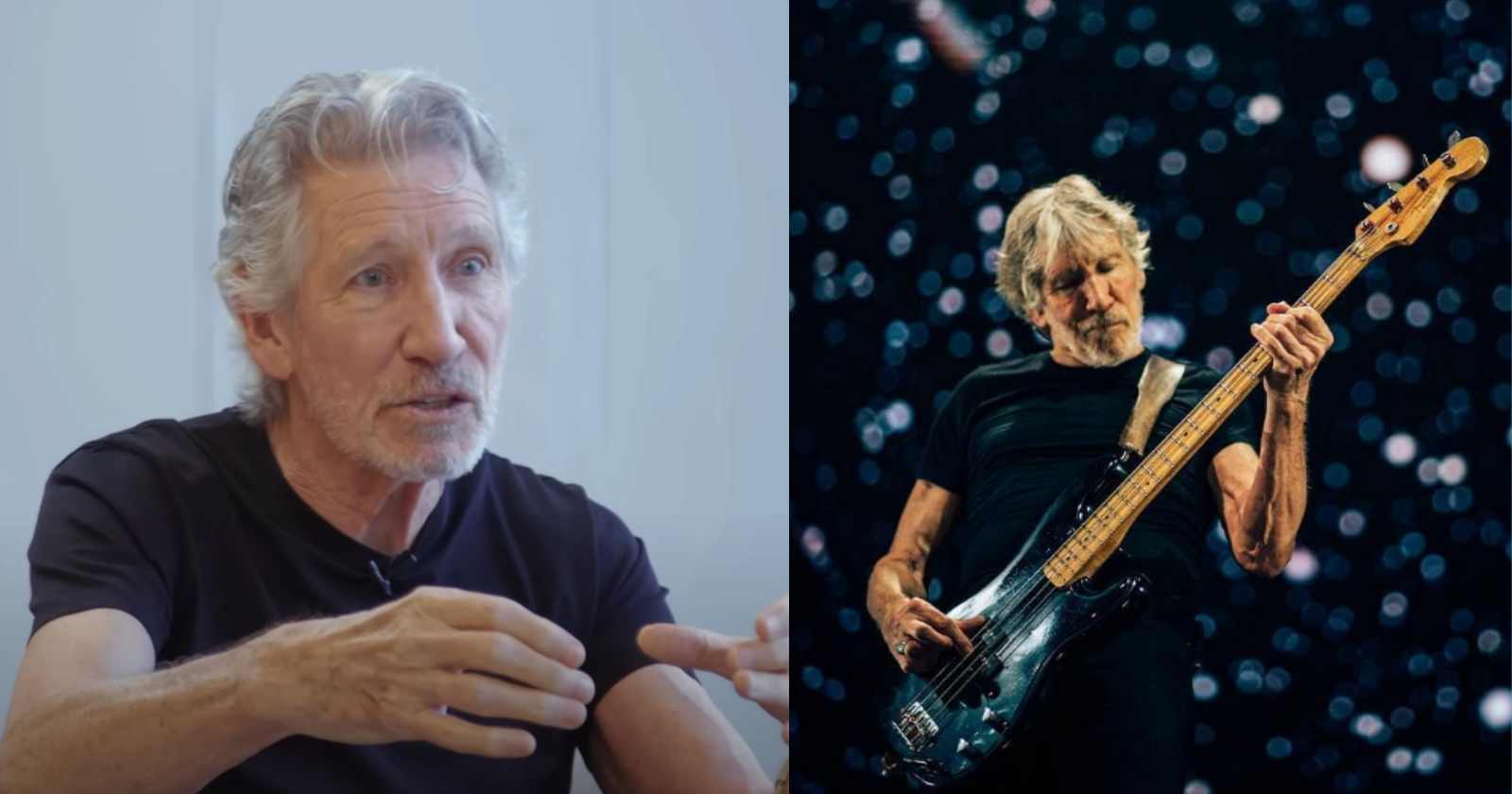 Images from Michael Smerconish and @kate.izor

Born in Great Bookham, England back in 1943, the former Pink Floyd bassist, singer and lyricist Roger Waters made history as part of the Progressive Rock group from 1965 to 1985 and helped them to become one of the best-selling bands of all time with more than 250 million records sold worldwide.

Over the decades the musician talked about many famous musicians and revealed some that he appreciate and were an influence to him. Rock and Roll Garage selected 3 artists that Roger Waters likes and what he said about them.

One of the most influential musicians of all time, Bob Dylan also was a big inspiration for Roger Waters as he revealed  in a conversation with Howard Stern back in 2012 (Transcribed by Rock and Roll Garage). The Ex-Pink Floyd bassist and singer talked about Dylan and named the song of the artist that “completly changed his life”.

When asked by Howard Stern if he hated the “rule” that the record companies had in the early days, that songs couldn’t be more long than 3 or 4 minutes, so that they could have more chances to be played on the radio, Waters answered: “‘(Bob Dylan’s) ‘Sad-Eyed Lady of the Lowlands’ changed my life. When I heard that I thought ‘Worthy’, if Bob can do it I can do it. It’s 20 minutes long. It’s a whole hour and in no way gets dull or boring or anything. You just get more and more and more and grow. It becomes more and more hypnotic the longer it goes on.”

Over the decades Waters covered some Bob Dylan tracks live during special concerts like “Forever Young”. He also made a studio cover of  “Knocking On Heaven’s Door” for the compilation album “Flickering Flame” (2002).

Even though he likes the American musician, he criticized the artist when he made the covers album “Shadows in the Night” in 2015, which only had tracks that were recorded by Frank Sinatra.

Another musician that influenced Waters was the late Canadian singer and composer Leonard Cohen. In an interview in BBC’s Radio program “Desert Island Discs” (Transcribed by Rock and Roll Garage) back in 2011 he chose Cohen’s “Bird On The Wire” as one of the tracks he would take to a desert island. “Leonard Cohen and Bob Dylan were the two men allowed us to believe that there was an open door between poetry and song lyrics. This song of his, ‘Bird On The Wire’, is so simple, so moving, so brilliant. I love it,” Roger Waters explained.

The song was first released by Cohen on his 1969 album “Songs From A Room”.

In an interview with World Magazine back in 2005, the musician had already praised Cohen as one of his favorite songwriters, saying: “I’m still a big fan of certain writers. I saw John Prine the other day and he was unbelievable. And Neil Young, John Lennon, Leonard Cohen… I could reel off twenty names of people I feel are really necessary to have around me.”

As almost Rock and Roll musicians, Roger Waters was also inspired by The Beatles music. He even had the chance to meet them for the first time at Abbey Road studios when Pink Floyd was recording their 1967 debut album “The Piper at the Gates of Dawn”. The Beatles were also there making the classic “Sgt. Pepper’s Lonely Hearts Club Band”.

In an interview with radio host Howard Stern back in 2012 (Transcribed by Rock and Roll Garage), Waters talked about that record, saying: “When I was at college I would listen to The Beatles. When they made Sgt. Pepper’s in 67 we were in the same studio making our first record. I remember when it came out, pulling the Zephyr Ford into a layby and listening to the whole thing. Just sitting there with my mouth hanging open going: ‘Wow! This is so complete and accomplished and whatever.”

“But it also was more than that. It had a ton of ideas and a ton of narrative in it. I feel more than any other record it was the record that gave me and my generation permission to branch out. Do whatever we want to. If they can do it we can do it. We don’t need Tin Pan Alley anymore. We can write our own stuff. It changed everything. They instigated their own revolution, because obviously when they started over it was all ‘Please, Please Me’ and whatever.”

“So they transcended all that. They transcended all the nonsense at Shea Stadium and you know, girls screaming and nobody being able to hear anything. Making songs that people really wanted to hear because they were really, really smart, clever, beautiful musical songs,” Roger Waters said.

The musician said in 2015 to the radio station KLCS,  Lennon, McCartney and Harrison made the musicians realize that that it was ok to write about their lives and how they felt about things.