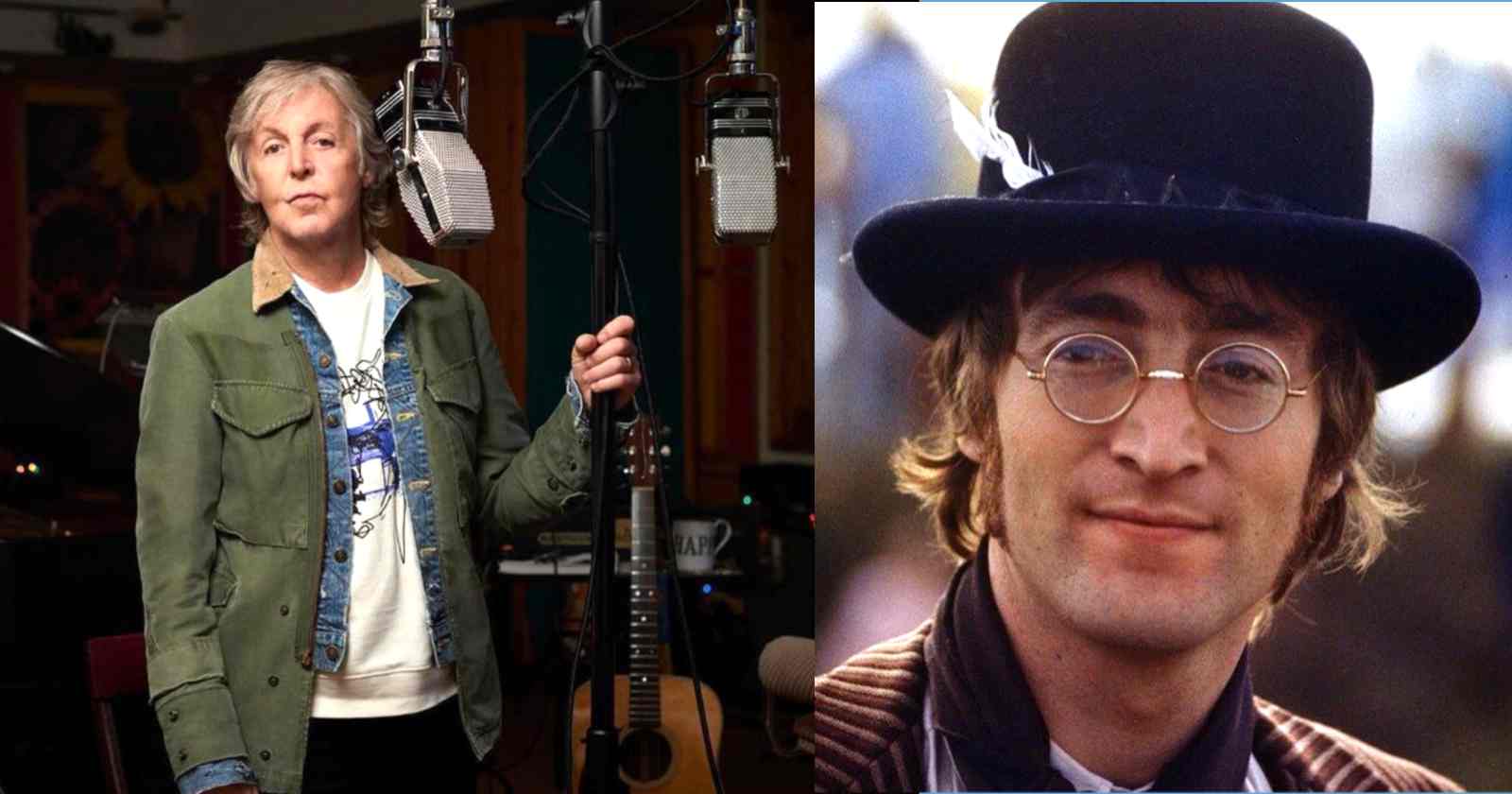 The Beatles guitarist and singer John Lennon tragically died too soon at the age of 40 back in 1980 when Mark Chapman shot him in New York in front of the Dakota building. The news shocked the whole world and left fans and friends angry, including Paul McCartney that already said many times that he still thinks about Lennon everyday. The loss even inspired the Beatles bassist and singer to write a poem about Chapman called “Jerk of All Jerks” that was published in 2001 in his book “Blackbird Singing: Poems and Lyrics 1965-1999“.

Paul McCartney talked about the composition and recited the poem during the “Adopt-A-Minefield” event in Los Angeles back in 2001, saying (Transcribed by Rock and Roll Garage): “This is poem is kind of serious because the title of the poem came to me the day John got shot and after all the tears and the horror of the whole thing, in the evening the phrase that kept going through in my head about the guy who done it was ‘Jerk Of All Jerks’.

McCartney continued, reciting the poem: “Hello, how are you? I’m jerk of all jerks. I’m here to undo all your charitable works. I do it quite simply by making mistakes and one little boo-boo is all that it takes and you’re at the mercy of jerk of all jerks.”

“I’m the guy with a pistol who kills your best friend. You can’t really blame me ’cause I’m round the bend. I’m the man that disposes of nuclear waste. There’s no need to worry it’s perfectly safe. In fact there is now every reason to hope that if anything happens I’ll easily cope. Hello, how are you? I’m jerk of all jerks … I’m the soldier who says as he plants a landmine that, ‘this field in the future is sure to be fine’. And what’s more he is told that this innocent egg won’t cost you much more than an arm and a leg”. Hello, how are you? I’m jerk of all jerks.”

This version recited was a little bit different from the original one published in the book, he read those parts on ABC News Good Morning America back in 2001, which said: “I’m a motorist that quite likes a drink when he drives. Who causes the loss of innocent lives.” and “I’m the leader who says as he wages his war that the children are not ones that he’s aiming for”.

In an interview with Jonathan Ross back in 2014 (Transcribed by Rock and Roll Garage) McCartney talked about his reaction when he heard about Lennon’s death and recalled the phrase about Chapman that kept going to his head: “I was at home and I got a phone call. It was early in the morning. I was in the country and I just got a phone call and I think it was like… I think it was like that for everyone. It was just so horrific. You couldn’t take it in and I couldn’t take it in. For days you just couldn’t think that he was gone, you know.”

“So it was just a huge shock and then I had to tell Linda (His late wife) and the kids, it was very difficult. It was very difficult for everyone. That was a really big shock and I think in most people’s lives a bit like Kennedy, there were certain moments like that. For me it was just so sad that I wasn’t going see him again. For me the biggest thing was that the guy who took his life, the phrase kept going in my head ‘jerk of all jerks’. It was like ‘this is just a jerk. Not even a guy politically motivaded. It’s just some total random thing’.

Paul McCartney talked in an interview with The New York Times magazine back in 2020 about how he deals with the death of John Lennon and said that the good memories is what helps him. “It’s difficult for me to think about. I rerun the scenario in my head. Very emotional. So much so that I can’t really think about it. It kind of implodes. What can you think about that besides anger, sorrow?”

“Like any bereavement, the only way out is to remember how good it was with John. Because I can’t get over the senseless act. I can’t think about it. I’m sure it’s some form of denial. But denial is the only way that I can deal with it. Having said that, of course I do think about it, and it’s horrible. You do things to help yourself out of it. I did an interview with Sean, his son.”

“That was nice. To talk about how cool John was and fill in little gaps in his knowledge. So it’s little things that I am able to do, but I know that none of them can get over the hill and make it OK. But you know, after he was killed, he was taken to Frank Campbell’s funeral parlor in New York. I’m often passing that. I never pass it without saying: “All right, John. Hi, John.”