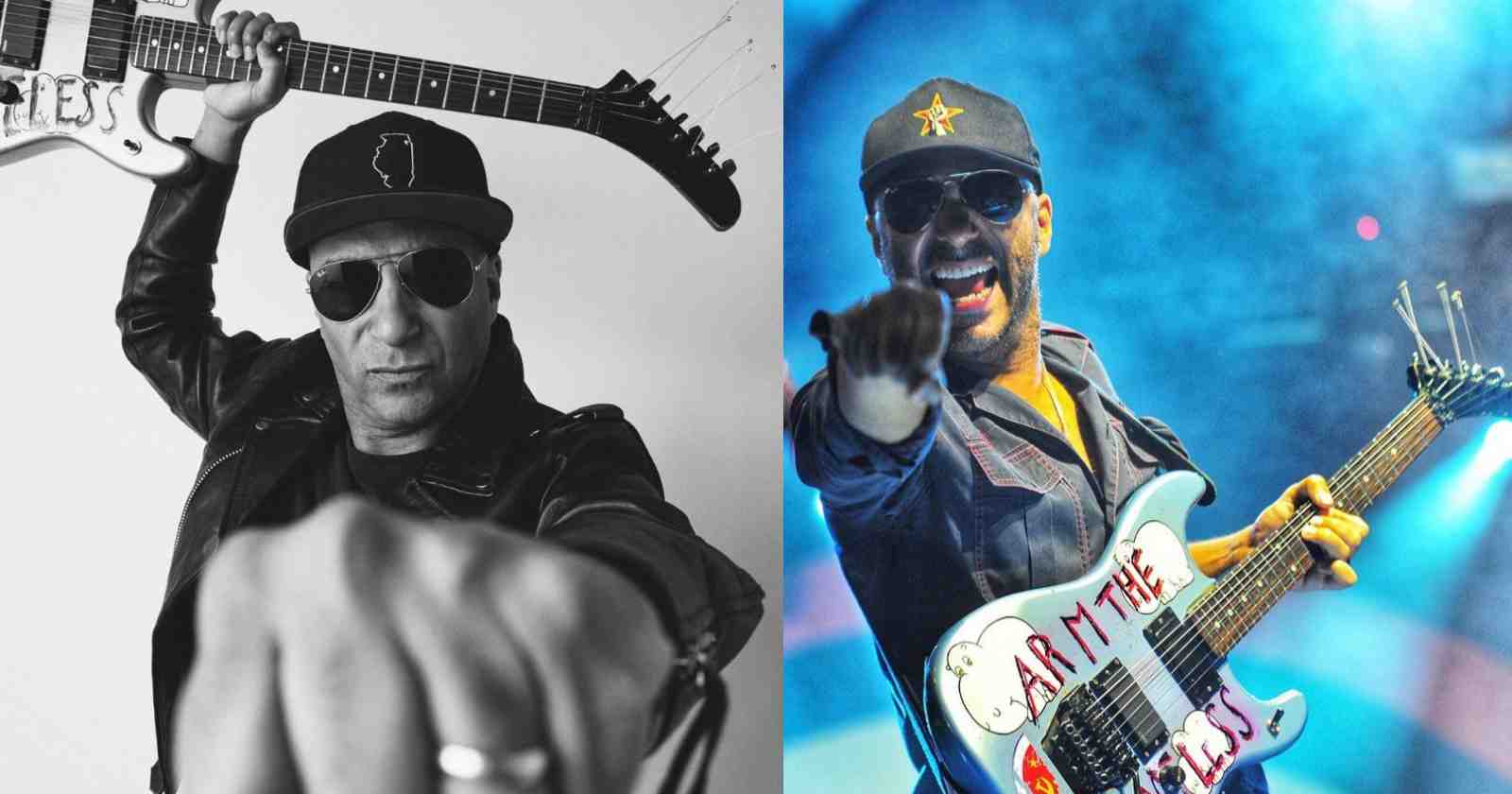 Known for his work with Rage Against The Machine and Audioslave, Tom Morello became one of the most influential guitarists of the last decades and inspired millions of musicians with his playing. In an interview with Classic Rock in 2022 the guitarist listed the 3 guitar solos that in his opinion are the best of all time. Rock and Roll Garage selected what Morello said about the bands he listed in interviews over the years and his connection with them.

The 3 guitar solos that guitarist Tom Morello listed as the best of all time:

3 – Jimi Hendrix “All Along The Watchtower”

In the third position Tom Morello picked the Jimi Hendrix solo in “All Along The Watchtower”, the classic version the late guitarist made of the Bob Dylan song. Morello said that it is “symphonically composed and incredible”. In an interview for Rolling Stone’s  magazine “100 Greatest Guitarists” list, Morello praised the guitarist was is in the first position, saying:

“Jimi Hendrix exploded our idea of what rock music could be. He manipulated the guitar, the whammy bar, the studio and the stage. His playing was effortless. There’s not one minute of his recorded career that feels like he’s working hard at it. It feels like it’s all flowing through him.”

“His riffs were a pre-metal funk bulldozer. His lead lines were an electric LSD trip down to the crossroads, where he pimp-slapped the devil.”

Tom Morello picked Led Zeppelin‘s “Stairway To Heaven” for the second position saying that besides the studio version the live version from “The Song Remains The Same” is also really good.

In an interview with Guitar World back in 2020, Morello said tha the learned a lot from hearing Led Zeppelin during the Covid-19 quarantine. He revealed that he was learning the songs to teach his 9-year-old (at the time) son.

“I’ve also been playing a lot with my nine-year-old, who is an aspiring guitarist who loves Led Zeppelin. So I’ve been really learning those songs to teach them to him. I know the riffs. I’ve jammed a few of them in different bands. But I’ve really been immersing myself in the subtleties of Jimmy Page’s playing. It’s been very eye-opening. It has made me want to incorporate some of that into my own playing.”

“We’ve been learning a lot of the voicings and stuff from ‘The Song Remains the Same’ record where he’s covering multiple guitar parts while weaving his way through the songs. I found it really interesting,” Tom Morello said.

In the first position Tom Morello picked the two legendary Randy Rhoads guitar solos in “Mr Crowley” from Ozzy Osbourne‘s debut album “Blizzard Of Ozz” (1980). According to Morello the solos could be taught on a “college level musicology course” or you could “bang your head in a heavy metal parking lot.”

Guitarist Randy Rhoads was posthumously into the Rock and Roll Hall of Fame in 2021 by Tom Morello. He was honoroed with the “Musical Excellence Award” prize. It is given to artists whose originality and influence had a dramatic impact on music”

Morello talked about Rhoads, saying: “He revived Ozzy Osbourne’s career as his gunslinger sideman. It was Randy Rhoads’ poster that I had on my wall. You could study Randy’s songs in a university-level musicology class and bang your heads to them in a 7-Eleven parking lot.”