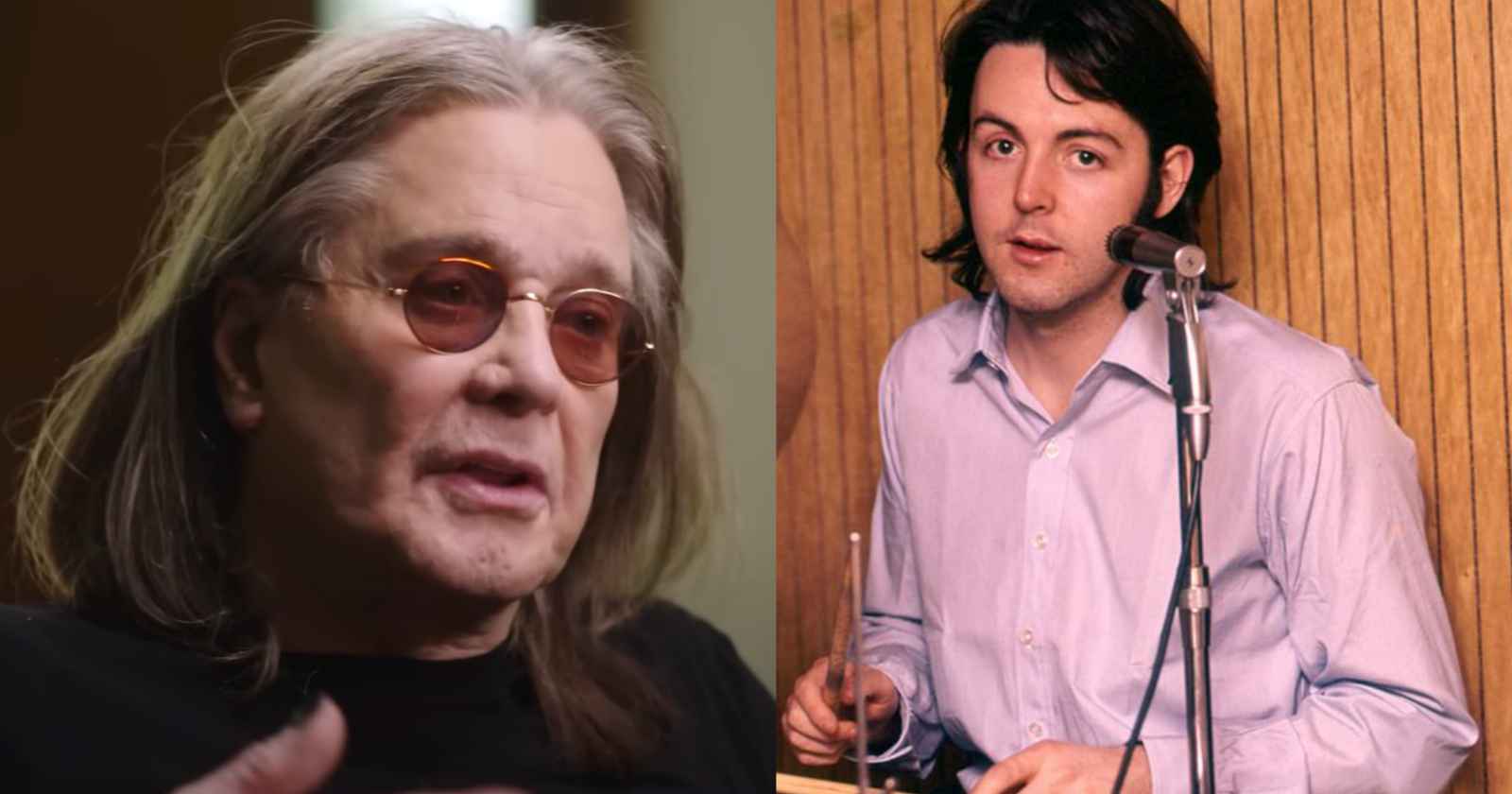 Ozzy Osbourne was the first voice of Heavy Metal music, since he was a member of Black Sabbath, the band that started it all for the music genre. Even though many fans may connect the singer with heavy music, his favorite band and one of his biggest influences are The Beatles. In an interview with Rolling Stone back in 2004 he listed some of his favorites songs of all time and three of them were from The Beatles. Rock and Roll Garage selected what the musician said about those songs over the years and his connection with some of them.

The 3 Beatles songs that Ozzy Osbourne said he loves

In an interview with I Heart Radio (Transcribed by Rock and Roll Garage) back in 2020, he was asked if there were any songs he wished he had written. He answered, saying: “Any Beatles songs, ‘A Day In The Life’. I mean, that ‘Sgt. Pepper’s’ album. People always say to me ‘What is my favorite album that I’ve made?’ And I always say ‘I haven’t made my ‘Sgt. Pepper’s’ yet’. Meaning: that was a fabulous album. A great album,” Ozzy Osbourne said.

The musician lamented in an interview with Goldmine Magazine in 2010, John Lennon’s death, saying: “I remember where I was. Exactly where I was, when it was, what time of the day it was. I was in Wales. I was writing and rehearsing. Sharon calls me up and says, ‘You’ll never guess what happened.’ She says, ‘John Lennon got shot last night.’ My world just f**kin’ stopped. It was like when Kennedy got done, you know. But a f**kin’ guy like Lennon. It just stopped my world.”

“Hands down one of the greatest songs ever written,” Ozzy told Rolling Stone. “Hey Jude” was first released as a single in 1968. The inspiration for the track was Julian Lennon, John Lennon’s oldest son. Paul McCartney saw Julian sad that his father and mother were getting divorced. So Paul wrote the lyrics with him in mind, changing the name “Julian” to “Jude”.

Ozzy had the chance to sing that song with Paul McCartney and many other famous artists at the Queen’s Jubilee concert in 2002. He remembered that experience in an interview with Rolling Stone in that year, saying: “You have to understand. I come from Aston in Birmingham, a very poor industrial neighborhood. I remember sitting on my doorstep when the Beatles first happened, thinking, ‘Wouldn’t it be great if Paul McCartney married my sister?'”

“And there I am, 36 years later, singing ‘Hey Jude’ with him at the end of that show. I absolutely worshiped the Beatles. Steve Jones of the Sex Pistols once said to me: ‘I hated the Beatles.’ To me, that’s like saying you hate air,” Ozzy Osbourne said.

He revealed over the years that sadly he didn’t had the chance to see The Beatles live in the 60s. However, he was lucky enough to meet later on Paul McCartney and Ringo Starr.

“I would have loved to have heard the working-title version, ‘Scrambled Eggs’,” Ozzy told Rolling Stone. The version that Osbourne refers to is the first version of the song that Paul McCartney wrote. The musician was sleeping and heard the melody during a dream. So when he woke up and quickly rushed to the piano.

He played the melody singing anything that appeared in his head. One of the lines were “Scrambled eggs. Oh my baby how I love your legs. Not as much as I love scrambled eggs”. The song was first released by The Beatles on the album “Help!” in 1965. It remains as one of the band’s biggest classics.

Ozzy is such a big Beatles fan that when he was a young kid he used to dream about his sister marrying Paul McCartney. He recalled that in an interview for the 1995 documentary “History Of Rock and Roll” (Transcribed by Rock and Roll Garage), saying: “I was Beatles all the way, man. My bedroom wall was in fact, completly covered. The wall, ceilings, doors. Any Beatles pictures were stuck on my wall. I used to have these fantasies of Paul McCartney marrying my sister. All these kind of crazy stuff and how wonderful (It would be).”